5 Brands Turning the Store into an Experience 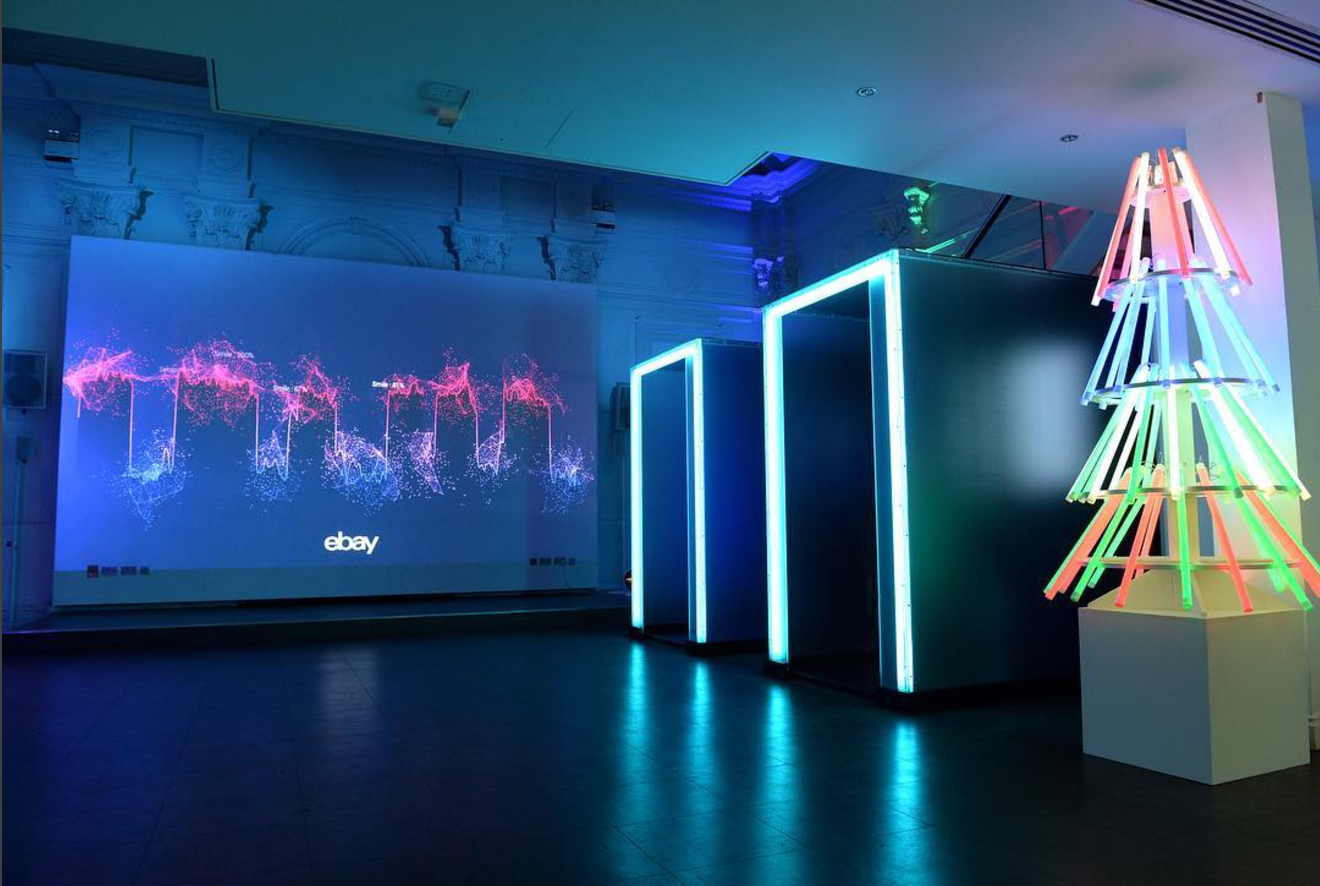 At a time when it’s getting harder and harder to get Millennials and teens into stores, retailers and brands are experimenting with ways to turn the store into an experience…

Thanks to a convergence of forces (online shopping, changing social currency, shifts in spending) it’s getting harder and harder to get young consumers into stores. According to Ypulse’s holiday shopping survey, over four in ten 13-34-year-olds agree with the statement, “I’ll be doing all my holiday shopping online and won’t set foot in any stores.” For retailers counting on their foot traffic, that stat is a huge warning sign. Already this holiday season, we’ve seen online shopping overshadow in-store sales: More 13-34-year-olds told us they would be shopping on Cyber Monday than Black Friday this year, and it turns out November 28th 2016 made history as the biggest online sales day ever. Adobe is reporting that Cyber Monday exceeded estimates by 2.6% and hit a record $3.45 billion spent online, beating out Black Friday’s online sales by $110 million.

Earlier this year, we reported that 74% of 13-33-year-olds would rather spend their money on experiences than products. Their experience-focused behavior has become not just a well-known central value of the generation, but a major disruptor for retail centers and brick-and-mortar stores, who in some cases are changing to keep up. In an era when “Cheesecake Factory does as much business as Sears used to do,” malls are transforming into amusement parks to adapt to the spending habits of young consumers. According to The Wall Street Journal, many U.S. malls are adding attractions like laser tag, skydiving simulators, and “escape rooms,” that they say are enticing shoppers to spend more money and time at their locations. In some cases, these experiences are replacing department store “anchors” that used to be the big draw for shoppers. One company focusing on building movie theaters and golf complexes next to or in shopping centers reports revenues of $236.8 million for the first half of 2016—about a $36 million increase from the same period the year before.

It’s not just malls leaning into the Experiencification trend (which we covered in-depth in our most recent quarterly report)—brands and retailers are experimenting with a range of ways to turn brick-and-mortar locations into immersive experiences. Here are five who have done it, in five very different ways: 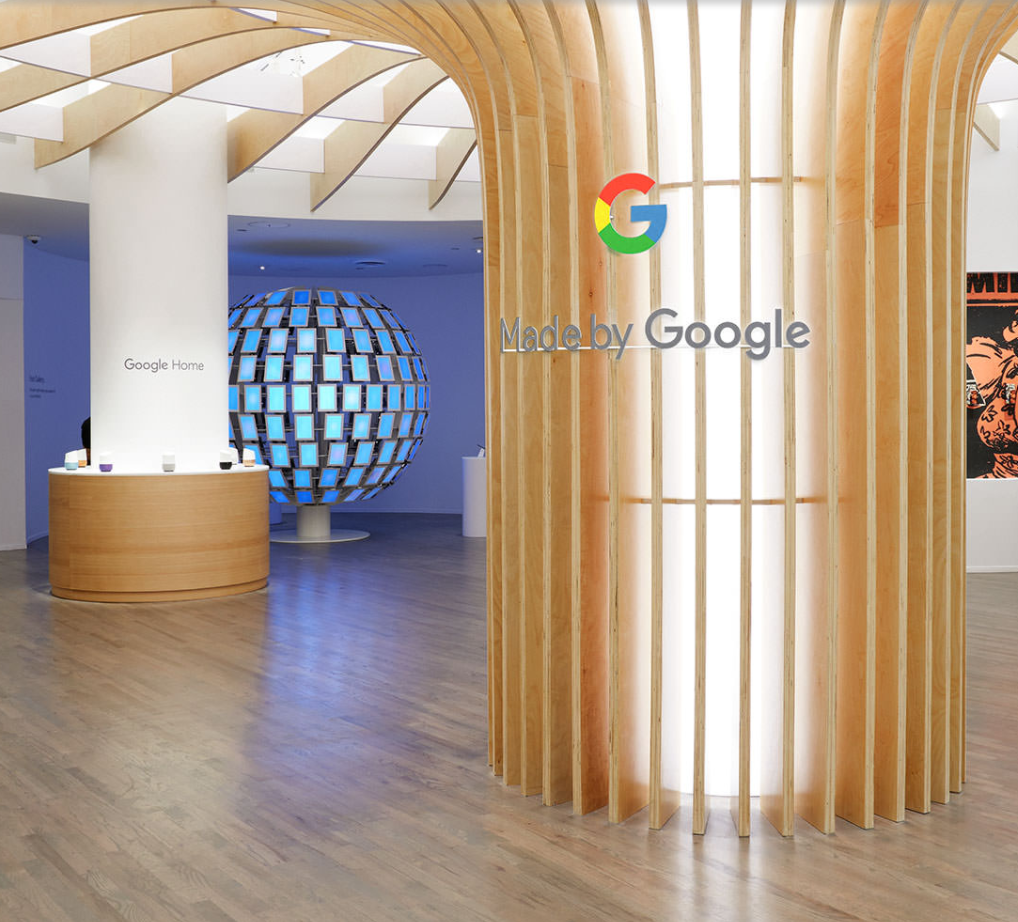 Made By Google Pop-Up

Google’s new pop-up shop revolves around experience, not shopping. Located in NYC, the shop doesn’t actually have any products for sale, but allows consumers to explore Google Home’s features in a demo kitchen and living room, take photos using a Pixel phone in Instagrammable installations, and try out Daydream VR on swivel chairs. The brand is hosting classes and events at the location to give tips on using Google products, and educate on their tech initiatives. 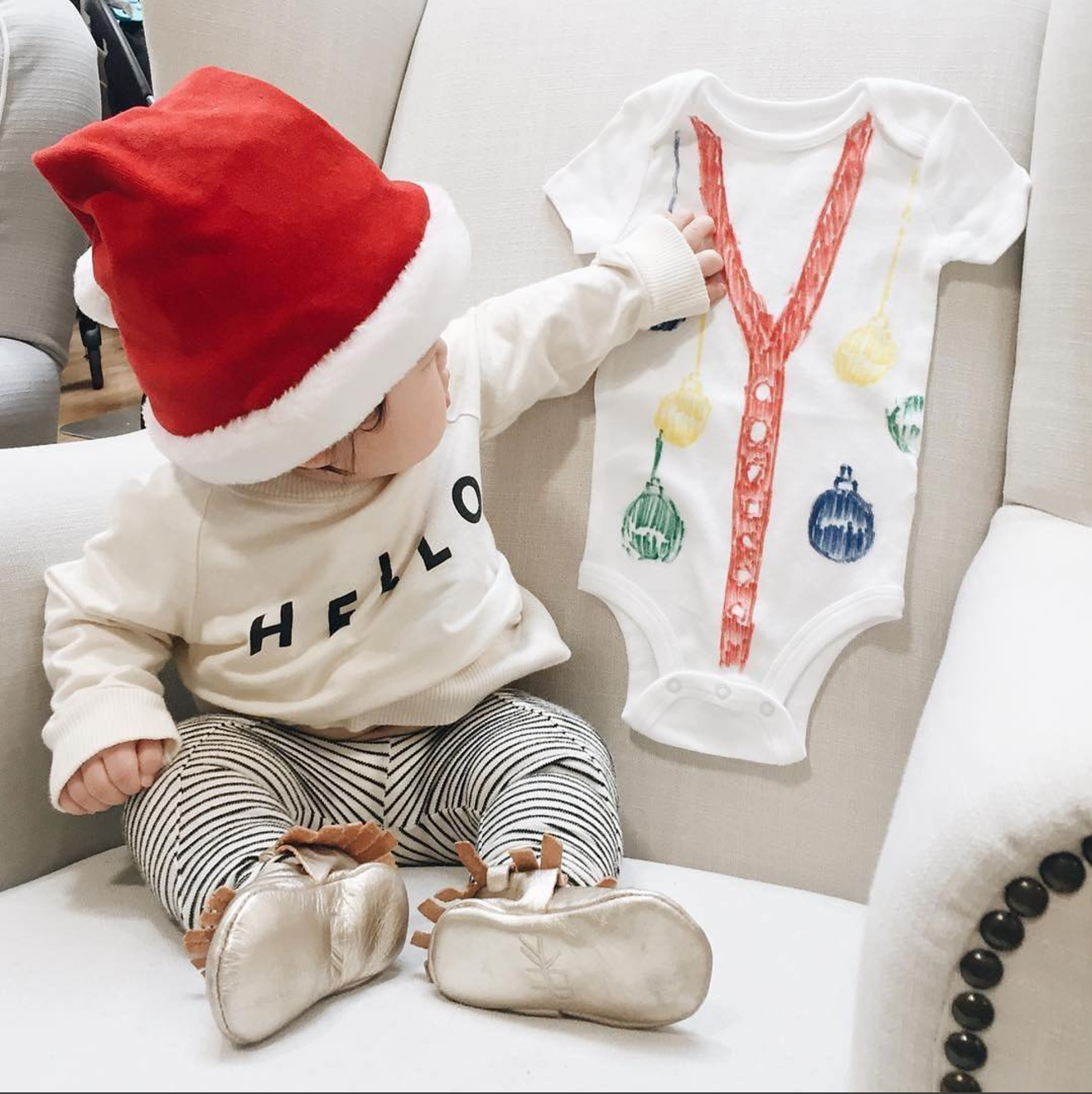 Toy R Us is stepping up their holiday game with some experiencification. MediaPost reports that the brand’s new “Store full of Awesome” strategy includes portraits with Santa minus the wait, and a toy testing event. In November, kids could watch live demonstrations of some of the season’s hottest toys—like Think & Learn Code-a-Pillar and Nerf blasters—and enter raffles and giveaways. At Babies R Us, new parents could attend “Baby’s First Christmas” events, where they could design tacky Christmas sweaters and take photos. 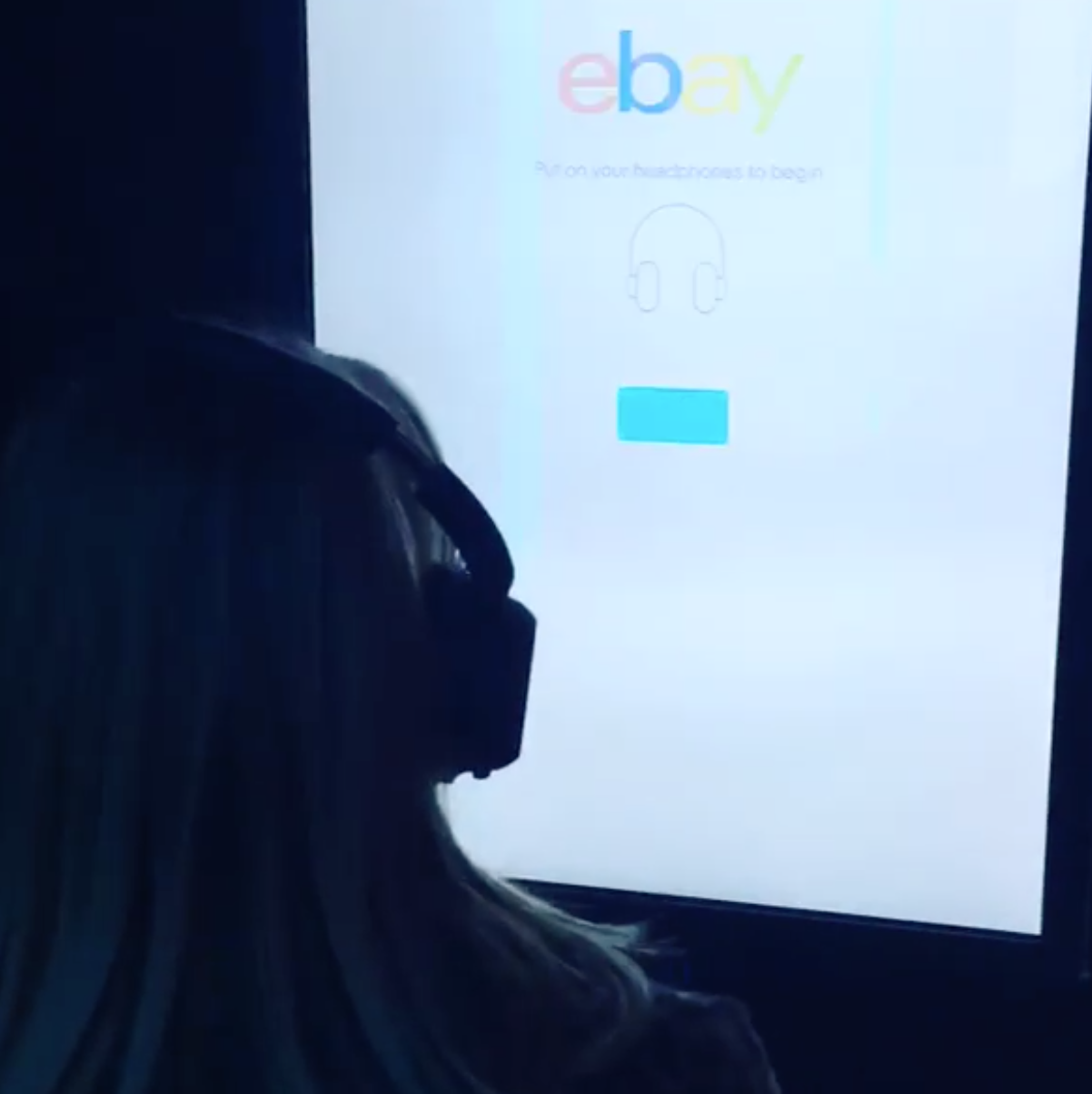 For two days in London this week, eBay gave holiday shoppers the chance to shop with their emotions. Teaming up with startup Lightwave, the site created the world’s “first emotionally-powered store,” where, according to Business Insider, visitors could step into “biometric pods” to have their facial expressions analyzed, and find out which products would be most emotionally satisfying to give. Participants were encouraged to think of the person they were shopping for while shown a range of potential gifts on-screen. The store then automatically emailed a list of the gifts they reacted to most positively. A portion of sales from the pop-up was donated to charity. 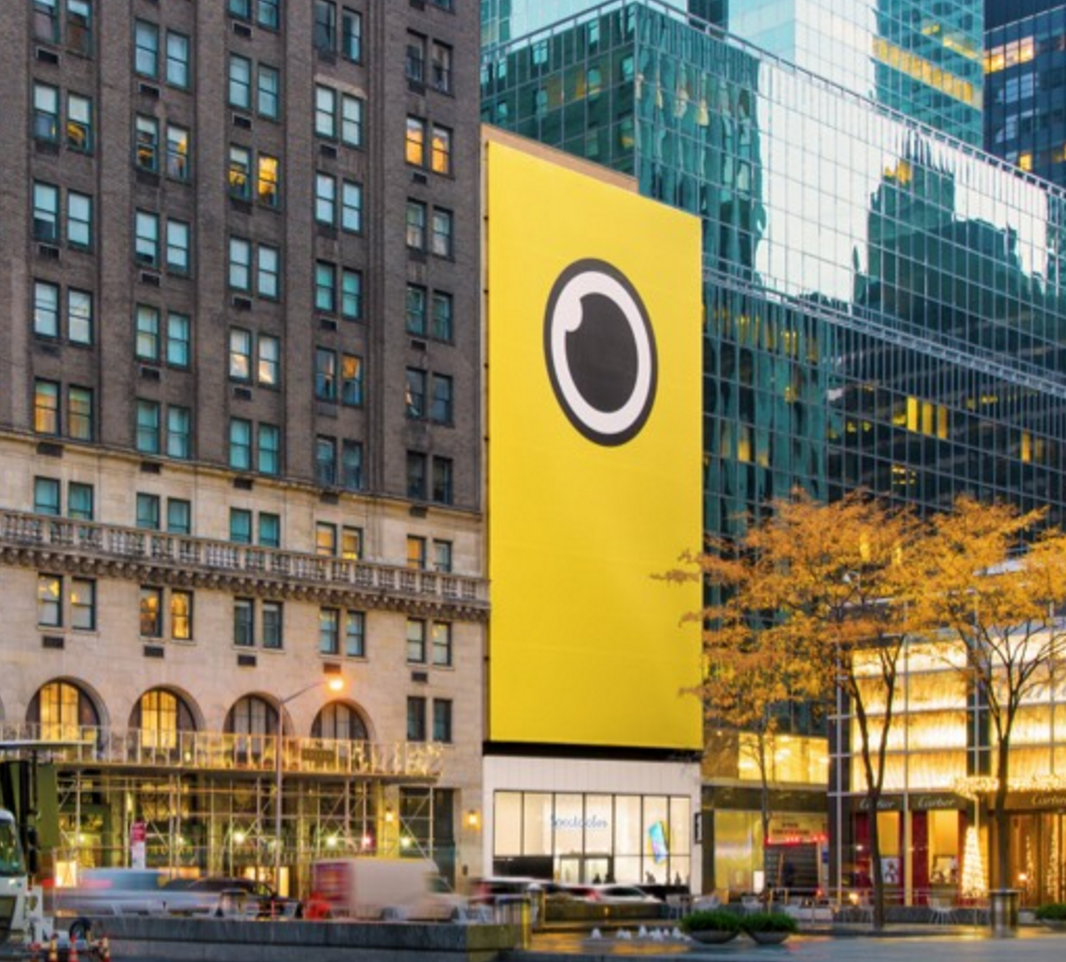 Snapchat Spectacles have earned buzz not only because of their potential as the hottest new wearable, but also because of how they’re being sold. The brand has eschewed a traditional store altogether, in favor of pop-ups that are all about engaging visitors in a unique way. The glasses are currently sold in “limited distribution” through Snapbots—vending machines that appear for one day only in some locations revealed 24 hours in advance through an online map. Snapbots are equipped with motion sensors and activate once a person has come into view, allowing them to virtually try on the glasses before making the purchase. The modern vending machines are now known for their epically long lines, thanks to huge consumer demand and the allure of a unique experience. In addition, the brand has also opened a Spectacles pop-up in New York, open through New Years, where visitors can line up for the Snapbot, and watch Spectacles footage. 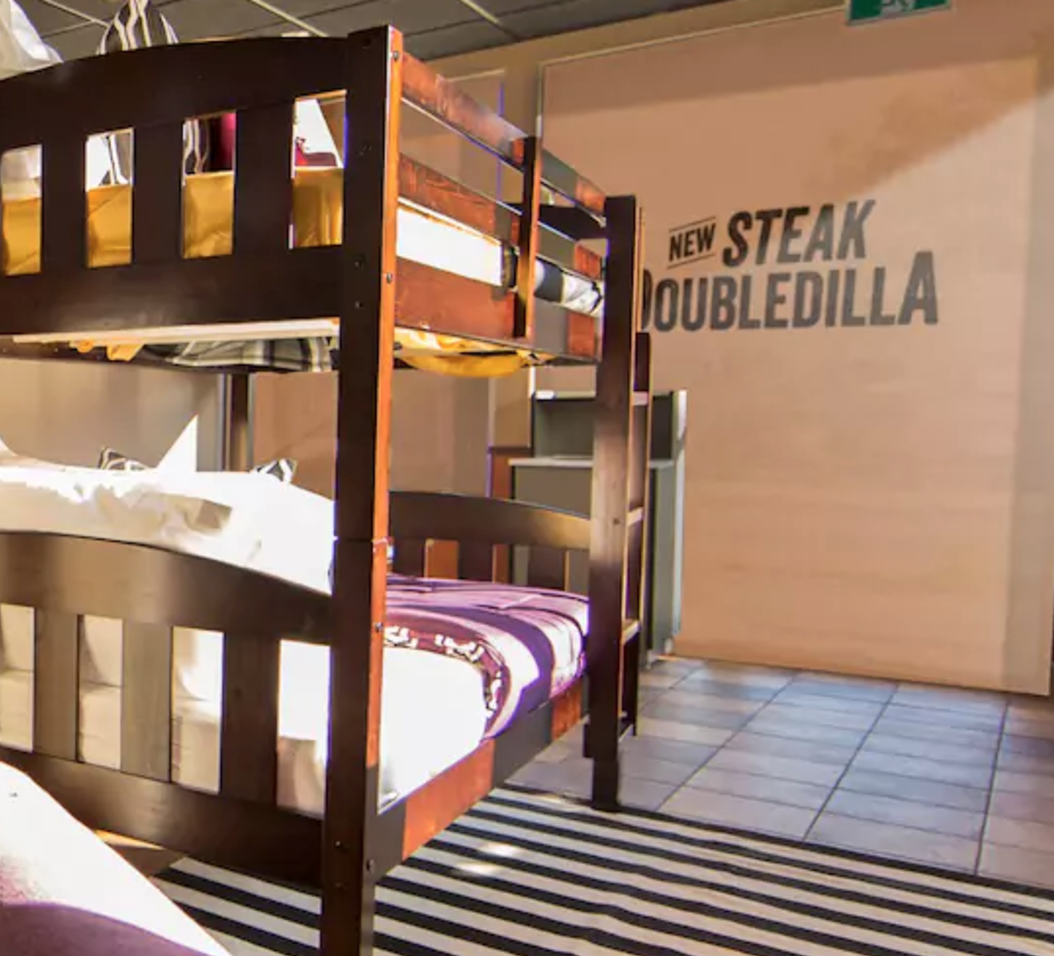 This fall, Taco Bell created the ultimate “foodie experience” by turning one of their locations into an actual Airbnb. In promotion of Canada’s new steak Doubledilla, Taco Bell’s Ontario location has been equipped with bunk beds, couches, a big-screen TV, and “Taco Bell Butler,” for one lucky fan who will win a one-night “steakcation.”The campaign was a part of Airbnb’s #NightAt sleepovers, which are presenting a unique opportunity for brands targeting experience-seeking young consumers. The brand’s “sponsored promotional getaways” have also included a night at an indie Brooklyn record store supported by Sonos electronics, a sleepover at a Van Gogh-inspired bedroom through a partnership with the Art Institute of Chicago.