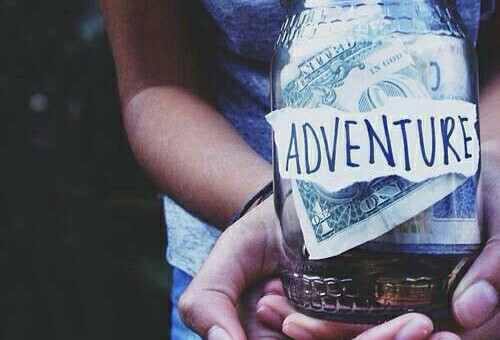 When we ask Millennials how they feel when they think about money, optimistic is the response chosen most (33%), followed by fortunate (32%)—but just as many also say they feel nervous (32%) and overwhelmed (31%). Clearly, their feelings on finances are complicated.

The Bank of America Merrill Lynch reports that Millennials’ income will triple over the next 15 years, and we know they’re already outspending Boomers in multiple categories. That being said, it’s no secret that their finances are a major concern for them. The generation graduated into the Great Recession, and not only are they still in recovery mode, their financial behavior and priorities have been forever changed by the economic event. A survey of 18-34-year-olds by website GOBankingRates found that a “majority of young adults are prioritizing their finances over their social lives.” Over half of Millennials surveyed would rather experience “FOMO” (fear of missing out) than be “financially strained,” and almost 60% say that if going to an event would put financial strain on their loved ones, it’s not worth it.

Of course, their financial priorities have also been impacted by their formative years during economically unstable times—as evidenced by their delay of major life milestones like moving out of their parents’ houses, weddings, buying houses and cars, and having babies. But those big events are being tackled as their financial situations improve, prompting us to wonder what their financial priorities are today. In our most recent survey on personal finance, we asked them to tell us, and 800 18-33-year-olds responded to the question, “What is the biggest financial priority at this point in your life right now?” Here are the top responses:

*These were open-end response questions to allow us to capture the full range of Millennials’ financial priorities. As with any qualitative question, the responses include those that are top of mind, and those that are truly their top concerns. The lists are ordered according to number of responses received.

Not surprisingly, paying off their debts and student loans was the most-mentioned financial priority for 18-33-year-olds today. According to our survey, 64% of 18-33-year-olds say they currently have debt or owe money, and student debt is the top form of debt they hold, with 72% saying they owe student loans. Almost half say they have credit card debt, making it the second most common form of debt held. These stats were reflected in their responses, with one 32-year-old male telling us his financial priority is, “Paying off my crippling student loan debt, and eating barely enough food just so I don’t die,” and a female 18-year-old reporting her priority as, “Paying off college debt and being able to have money for food.”

Of course, many hold multiple kinds of debt and are prioritizing which they pay off first. One female 22-year-old told us her priority is, “Paying off my credit card debt before my student loans kick in.” Others are prioritizing student loans over other big financial steps. A 31-year-old male said, “Now that I’ve graduated and obtained a real job [my financial priority is] getting my debts paid off and raising my credit score in order to buy a new house in a few years,”  and a 33-year-old female said she’s focused on, “Paying off student loans so we can buy a home. My husband and I owe $88K in student loans.”

College came in second on their financial priority list, and many Millennials who named paying for school as a priority mentioned the desire to keep student loans low and stay debt-free. While most spoke of their own tuition and school costs, some who named college as a priority were Millennial parents saving for their own children’s education. A study by Sallie Mae found that Millennial parents are actually putting more money in their children’s college fund than older generation parents, and analysts say that “Millennial parents place more of a priority on the college experience” than previous generations, and are placing more importance on helping their kids avoid student debt.

Big life events are on the mind of enough 18-33-year-olds to put saving /future planning at number three on their priorities list. A 26-year-old female reported, “Saving for a house, wedding, and then kids,” and a 22-year-old male said he’s “[s]aving money for big life events (engagement ring, wedding, vacation, buying a house).” Others want to save up a nest egg so they’ll be secure “if something happens.”

While many have their eye on the future, the appearance of rent, bills, and food on the top five financial priority makes it clear that many Millennials are also struggling day-to-day, and are hoping to move beyond living paycheck to paycheck. Females 18-33-years-old were slightly more likely than males to say that their top financial concern of the moment is day to day living costs like rent, food, and bills—perhaps because employed female are not making as much as males. According to Wells Fargo, the median personal income for men was $10,300 higher than their female counterparts, and 54% of Millennial women report having to live paycheck-to-paycheck, compared to 43% of men.