Will Millennials Be Watching Tonight’s Debate? 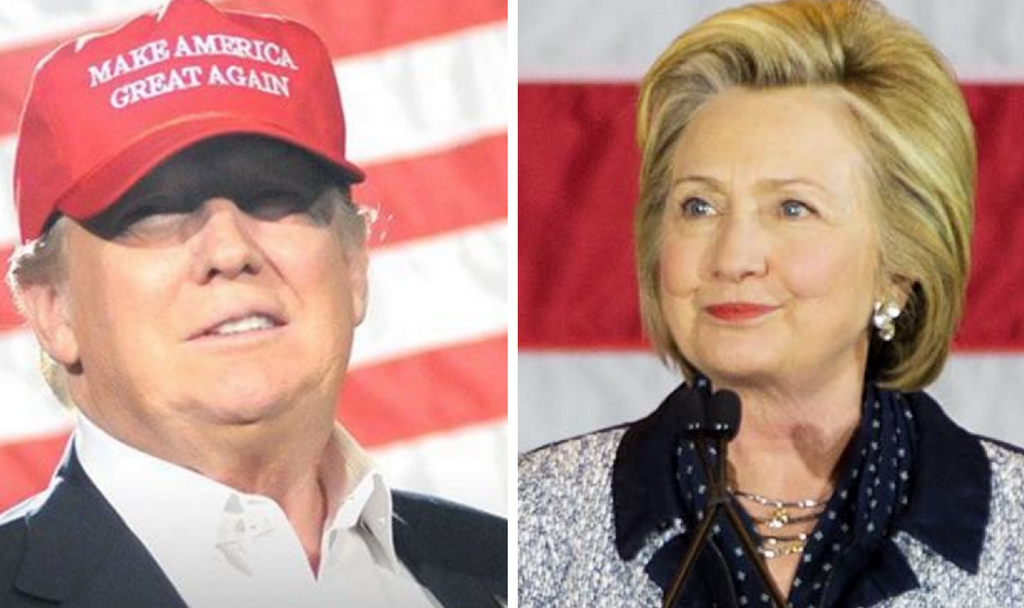 We found out how many 13-33-year-olds plan to tune into the presidential debates, and who’s most likely to watch…

It’s been an interesting election season for young voters. Last year, we polled them to find out that if the election were the next day, they would vote for Bernie Sanders—by a large margin. Once their top pick to be the next president was not nominated, both parties have been vying to win their votes—without too much success. At the moment, it’s not entirely clear what Millennial voters will be doing when election day comes around. According to some polls, they already believe that Clinton has won. But the headlines that Clinton has a “Millennial problem” are just as numerous as ever. While the generation has been credited for putting Obama in the White House, and is generally known for their more Democratic leaning views, a shift has been happening. Currently, almost half of Millennials identify as independent, and the number of total independents in the U.S. is at its highest point in over 75 years of Pew polls. Researchers say the digital age has created a generation that is detached from politics, and social media has allowed them to “design their own unique platform of views.” The idea of voting for third party candidates, or opting out of voting altogether, has been popular with many of these frustrated young consumers.

But if they vote, Millennials could have the power to decide the election. As of this year, Millennials surpass Boomers as the largest voting population, with three out of ten potential U.S. voters between 18-34-years-old. Tonight, both candidates will be “battling” for their votes, and in our most recent monthly survey, we asked 1000 13-33-year-olds if they plan to tune in to the debates. Here’s what we found:

We’ll be covering the political preferences and voting plans of the generation in-depth in our upcoming Millennial Election Special Report. Click here to find out more about accessing that content! 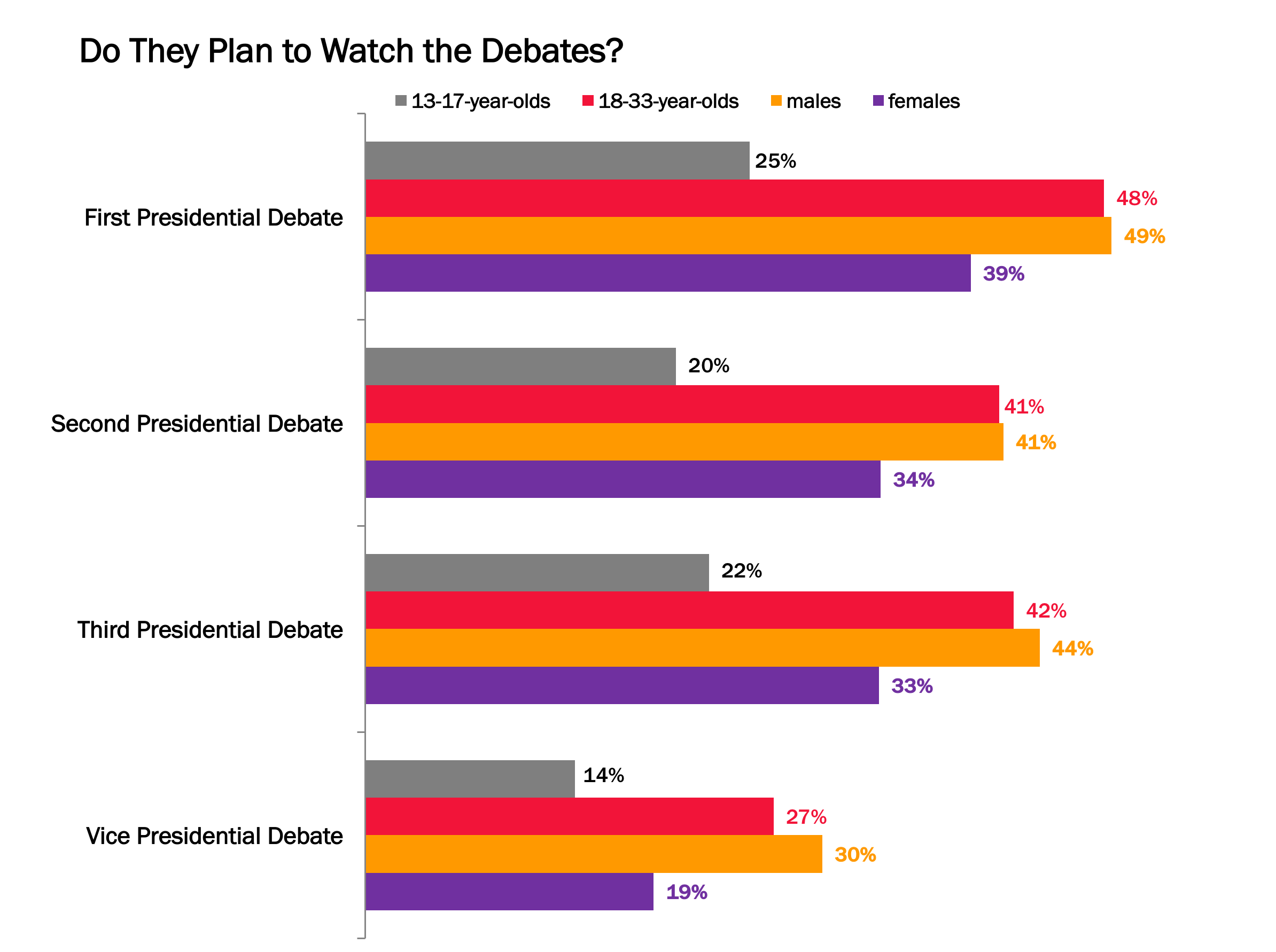 We asked both older Millennials and teens if they planned to tune in for the debates, but 18-33-year-olds were far more likely to say they plan to watch. Of that age range, those currently in college are actually the most likely to plan to view the debates. When looking at plans to view by gender, males are more likely to watch the debates than females across all four planned debate events. The Vice Presidential debates, perhaps not surprisingly, are not likely to draw in as many young viewers as the Presidential showdowns.

We also looked at those who plan to watch the debates by race/ethnicity: 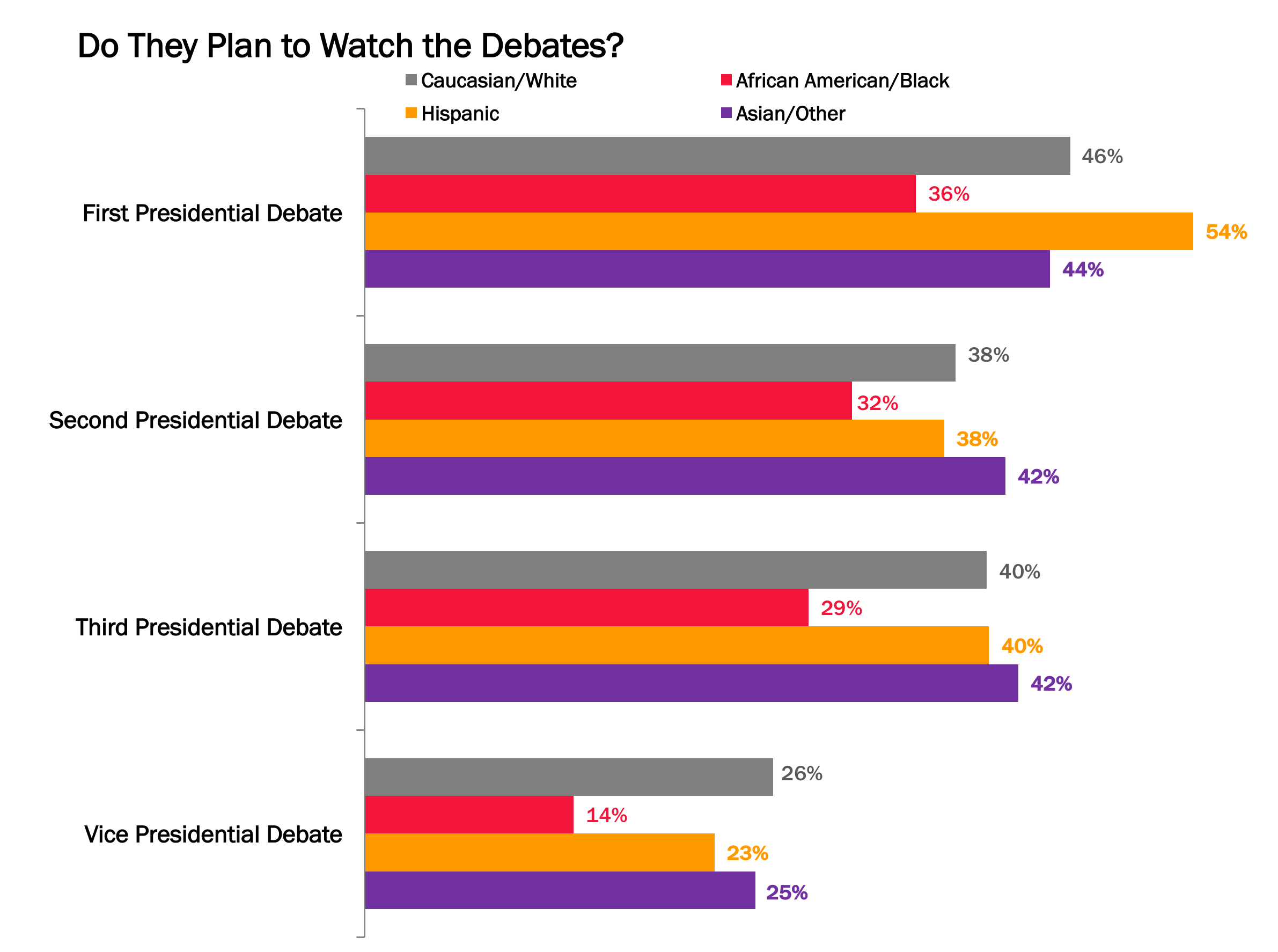 Of all groups, Hispanic Millennials are the most likely to tune in to tonight’s debate. Hispanic Millennials could have some real clout in the upcoming election—if they vote. Latino voters will reach a record number of 27.3 million, and 44% will be Millennials—the highest percentage across all other races or ethnicity. However, voter turnout has historically not been strong for this group: 36.9% of Latinos 18-29-years-old voted in 2012, compared to 41.2% of Millennials overall.