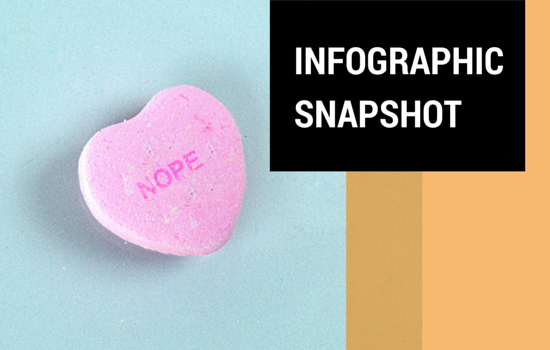 Are Millennials telling Valentine’s Day, “I’m just not that into you?” What’s their relationship status, will they be celebrating, and who are they buying for? We’ve got the data on how Millennials are approaching the candy heart holiday.

Valentine’s Day is around the corner, and with Millennial consumers most likely making up the majority of singles who are dating, looking for love, and now starting to settle down, it’s important to understand how they view the holiday. In a recent Ypulse monthly survey, we asked about their relationship statuses, and their plans for and attitudes about February 14th. Here’s some of what we found: 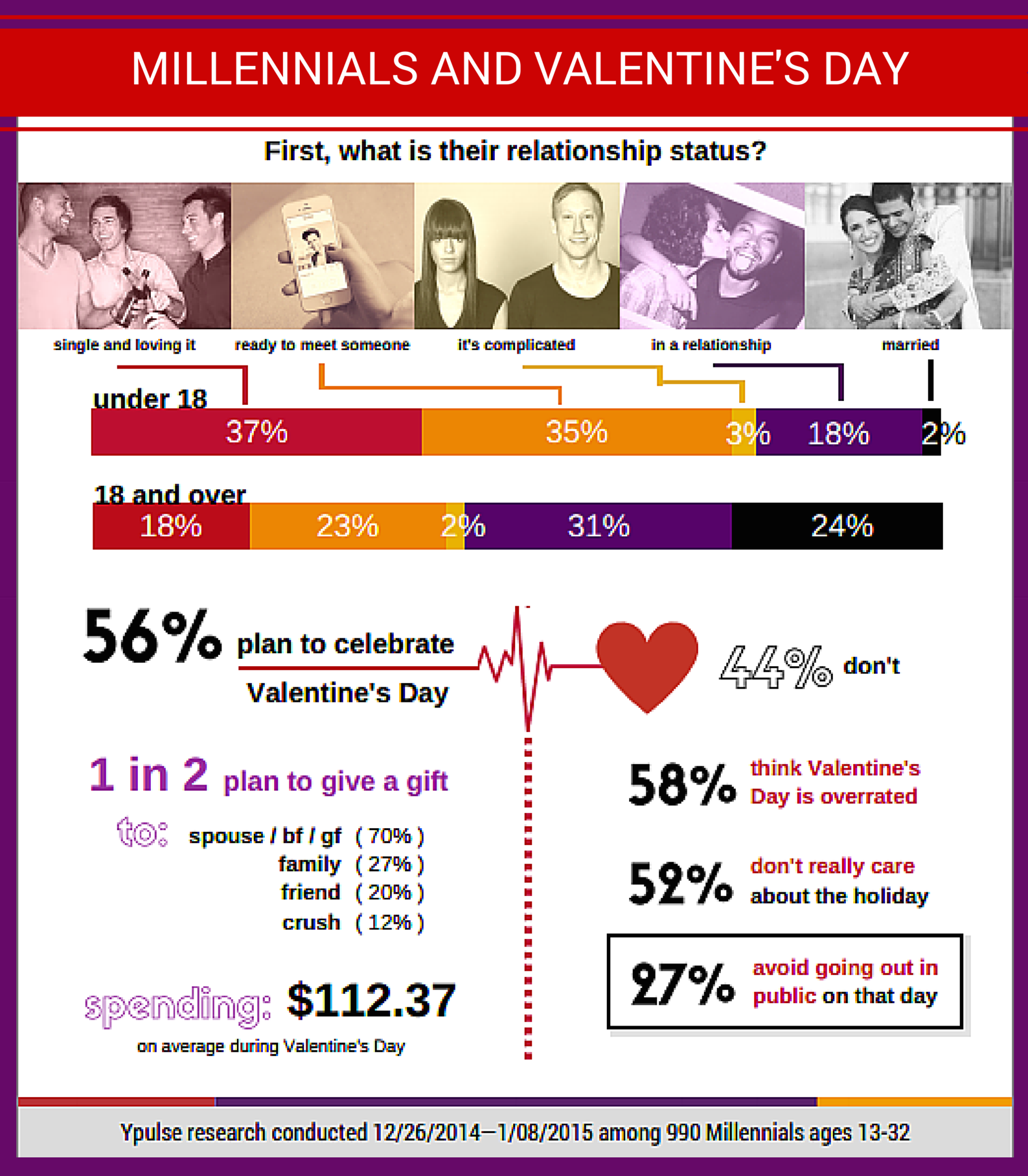 55% of Millennials over 18-years-old are either in a relationship or married, so the majority of older Millennials at least have a partner to, in theory, celebrate the holiday with, but that doesn’t necessarily mean they embrace the 14th…

58% of Millennials tell us that they think Valentine’s Day is overrated, and 52% say they don’t really care about the holiday. But at the same time 56% say they are celebrating it. This might explain many Millennials’ somewhat tongue-in-cheek approach to the day. As we said last year, Millennials have a tendency to turn anything they can into a joke to make it more bearable. Around this time of year, that tactic is used by the generation to take on Valentine’s Day, a holiday that can be difficult for anyone, but perhaps especially young consumers who are still figuring out their love lives. It seems even those in a relationship are not as likely to take the holiday too seriously, as is evidenced by the plethora of meme-inspired cards and trends being created by internet users from Tumblr to Twitter. But this is a generation that grew up being told to bring a Valentine for everyone in the class, and a group of consumers always looking for a reason to celebrate. Thinking it is an overrated holiday doesn’t necessarily mean they aren’t acknowledging the day, they just might have a non-traditional approach. It should also be noted that 56% of males said they don’t care about Valentine’s, compared to 48% of females.

Of those planning to celebrate, the majority are planning to give a gift to a significant other, but at the same time, 47% will be spending on a gift for a family member or friend. To brands, that could be a big opportunity. Again, many of these young consumers are not taking a traditional approach, so appealing to their desire to celebrate Valentine’s with non-love-interest loved ones could be a smart move. (Galentine’s anyone?)

The 27% who say they avoid going out in public that day could be another opportunity. Seamless is running a campaign encouraging users to stay in and eat at home, and they shouldn’t be the only brand thinking of ways to cater to the group that would rather commemorate the day in the comfort of home (and pajamas). The data indicates that Millennials are willing to spend for Valentine’s, but their attitudes about the holiday show that convention can be bent and brands can start thinking out of the heart shaped box.

Today’s Infographic Snapshot is a portion of the data deliverable created to illuminate recent data for Gold subscribers twice a month, using stats from our most ongoing surveys of Millennials 13-32-years-old!