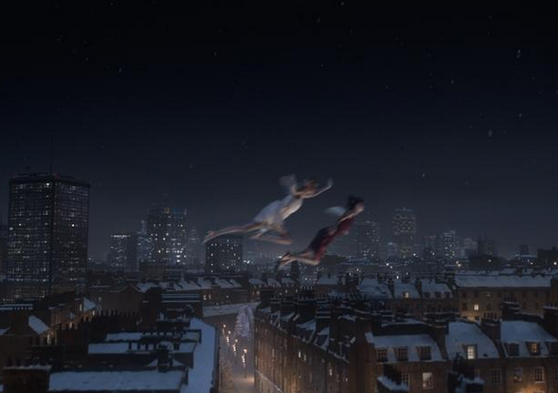 ‘Tis the season to shop, and to many young consumers, holiday marketing that pushes products and buying is white noise. But some brands have been creating campaigns based on random acts of kindness to spread holiday cheer, build buzz, and promote positivity.

The holidays are the season to shop, but they’re also a season of marketing overload. Consumers are bombarded by messages about buying, deals, and products—which means that most of it turns into white noise for them. As we’ve seen before, it’s the marketing that tells them stories, surprises them, makes them laugh, and tugs at their heartstrings that they talk about and remember—and that at this time of year can even become a part of their holiday traditions. This year, several brands are standing out from the crowd by using random acts of kindness as a marketing theme, and spreading positivity to build brand buzz.

Of course, the idea of random acts of kindness fits in naturally with the idea of giving to others and giving back during the holidays, but it also aligns with a larger trend of we’ve seen playing out among young consumers. The attitude that being nice should be default behavior has been percolating among Millennials and teens, who have been exhibiting signs of drama fatigue that we see impacting the media they are attracted to and the stories they want to be told. Their desire to make a difference in the world also makes this kind of positivity a marketing theme that is more likely to resonate with them. 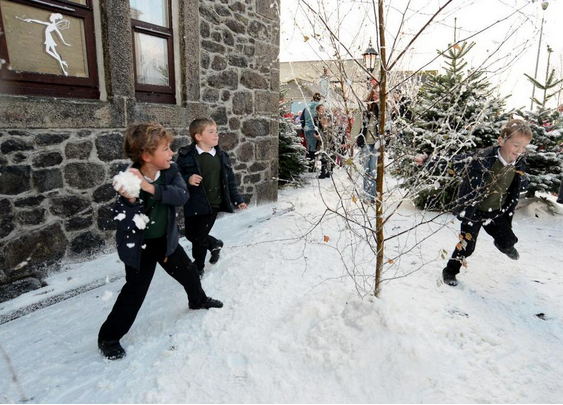 In 2013, U.K. retailer Marks and Spencer’s holiday marketing was all about celebrities. This year, they’ve made consumers and sharing positivity the center of their campaign. The brand started to spread holiday cheer in early November with a secret mission that surprised deserving individuals with gifts and random acts of kindness from “The Two Fairies.” Unbranded gifts like flowers and chocolate were sent to consumers who had professed things they were wishing for on social media and hospital wards. In a grand gesture, a school in Cornwall was transformed into a snowy winter wonderland, allowing kids there to play in snow for the very first time. Evidence of the surprise offerings were shared on Twitter, Facebook and Tumblr with the hashtag #followthefairies. By the time the brand revealed that they were the ones behind the kind acts, the campaign had already gone viral. The Two Fairies Twitter account currently has over 28.4K followers, and is still posting messages about acts of kindness. M&S has also encouraged consumers to join in on spreading goodwill, posting instructions on how to make fairy decorations out of household items, and challenging readers to write an act of kindness they would perform on the back of the wings. The store is collecting the fairies, which they say will be used for a “very special cause.” 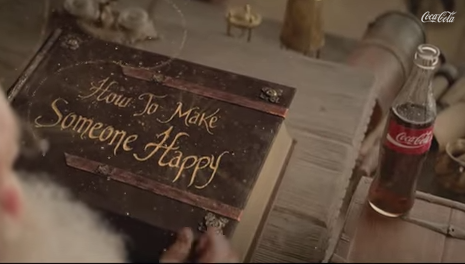 Coca Cola’s Give a Little Happiness

Happiness has been Coca Cola’s main messaging theme for some time now, and they’re continuing the positive marketing with their “Give a little happiness” holiday campaign, which includes a U.K. TV spot that’s all about random acts of kindness. In the ad, Santa reads a book called “How To Make Someone Happy,” which shows strangers and loved ones surprising one another with acts of kindness big and small, from giving away an umbrella to arriving en mass for an unexpected dinner party. The brand posted the ad on their Coke Zone site, where they called it “inspiration” for bringing joy to others, with the hashtag #GiveHappiness. The campaign includes an online gifting site where consumers from the U.K. France, Belgium, Norway, Ireland, Denmark, and the Netherlands can send limited edition coke bottles or personalized messages to friends and family. This is not the first time that Coke has featured random acts of kindness in their marketing efforts, but it is the first time that the holiday season’s marketing has made it a central theme. Our only suggestion for improvement would be a little consumer involvement—asking fans and followers to share their own acts of kindness during the holiday would give the campaign added heart and authenticity, as well as help young consumers feel that some good was really being achieved.