The Future of Life on Demand

The on-demand and sharing economies are upon us, and being embraced by young consumers, but what’s next? The future of life on demand could include digital butlers and adult chores on auto-complete.

Wanting everything when they want, where and when they want it, is a well-known characteristic of Millennials, and they are certainly a generation short on patience. But these days, time is a luxury, and one of the reasons that the on-demand economy has taken off is the desire of consumers, particularly young consumers, to cut out steps and streamline their lives so they can gain more time to do what they actually want—whether that be collecting experiences or binge-watching. This mentality has those who can afford it looking to outsource everything they might not want to do, and drawn to those on-demand services (which now even include grocery shopping) that make their lives more simple.

We’re now beginning to see the second wave of the on-demand economy begin. Tech giants like Amazon and Google are seriously experimenting with drones to get any product to consumers’ doorsteps as close to instantly as they can. Meanwhile, on-demand startups are finding ways to organize services and create digital butlers, companies that make annoying tasks so automated they are virtually eliminated. While these services are currently available in more niche markets, they indicate a potential future where life’s needs are on-demand for everyone, and for a fee, anything can be outsourced. Here are three who are ushering in the future of life on-demand: 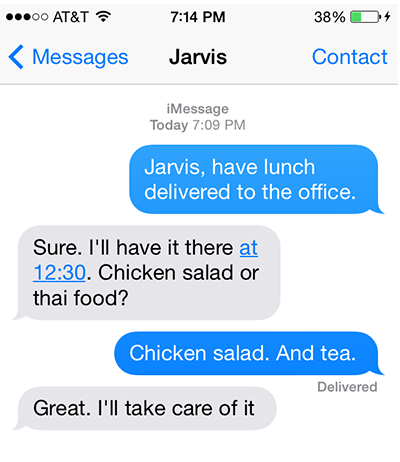 This startup provides the closest thing to a personal assistant for anyone, for the cost of $99 a month. That might seem steep, but the cost starts to make sense when you see the range of tasks that Jarvis will take care of, which includes ordering lunch, booking flights, scheduling meetings, making reservations, summarizing emails, and buying items. Requests are made via texts, and Jarvis responds with options or any clarifying questions before taking care of annoying chores for you. Think Siri, if she could actually do more than answer questions. The powers behind Jarvis are “tech enabled” people who are completing these tasks for multiple individuals. New York Magazine’s test run of the service showed that there are still some kinks to work out, but even if Jarvis itself does not take off as planned, it is easy to imagine that in the future young consumers will expect these sorts of annoying, trivial tasks to be outsourced digitally in some way—whether through third party services, or their own digital devices. 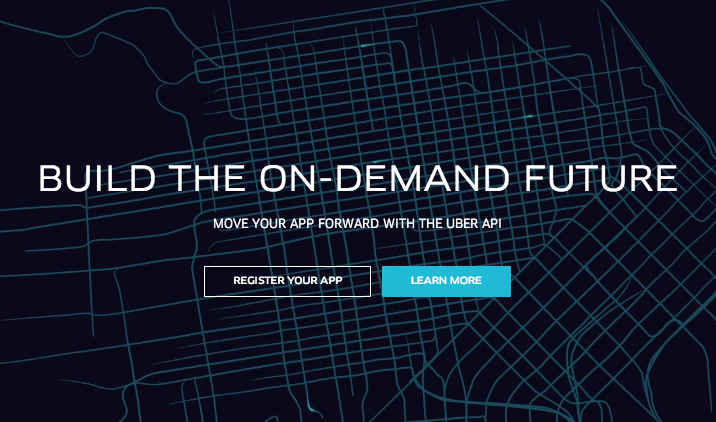 Uber first began to establish a reputation as a purveyor of on-demand everything through their creative stunt marketing, rolling out out-of-the-box campaigns that apply their on-demand services to consumer experiences. This summer, they paired with Lay’s for a promotion that delivered a picnic basket full of sandwiches and new flavor chips to Uber users in NYC when they entered a special code into the app. Now Uber is using partnerships to integrate their services into a variety of already existing brands, and last month launched an API that allows other apps to integrate an Uber button into their platforms. Starbucks is one of the big names that has taken that step, and the latest update of the Starbucks app includes an option to press a button to hail a car that will take you to the Starbucks you want. But the on-demand integration isn’t going to stop there. Uber’s other partners include TripAdvisor, United Airline, and Hyatt Hotels, and OpenTable, which open up the possibilities of looking up a nearby attraction, checking into a flight or hotel, or making a reservation, and instantly calling up a car to take you where you need to go at the same time. 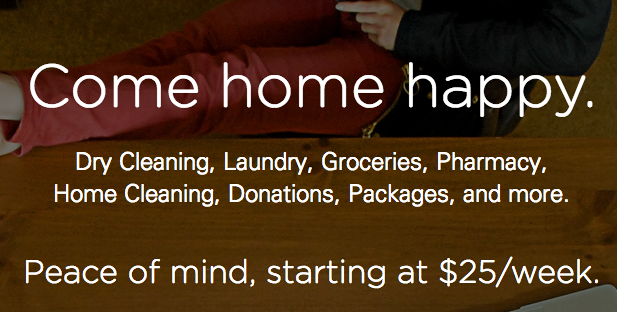 Every year, TechCrunch holds a Disrupt SF championship, a three day event that includes a “Startup Battlefield” in which little known startups compete to gain an audience and win $50,000. The 2014 winner of Disrupt tells us a lot about the future of both the on-demand and sharing economies. The champion is Alfred Club,  a service that manages users’ routines “across multiple on-demand and local services.” Basically, Alfred club taps into existing on-demand and shared economy services and manages them for subscribers to create a completely catered system that eliminates annoying adult chores from its members’ lives. It makes the servies that exist to make your life easier even easier. Alfred workers come to users’ homes having already picked up the items they have pre-set, like dry-cleaning and groceries, and pick up any new things that need to be dropped off. The real appeal of Alfred is that once a task schedule is established, it is repeated weekly without any interference. They call themselves “the first ever human-powered “operating system” for your life, and start at $25 a week.