Supermarket Sweep: The Race to Get Millenials Down the (Grocery) Aisle 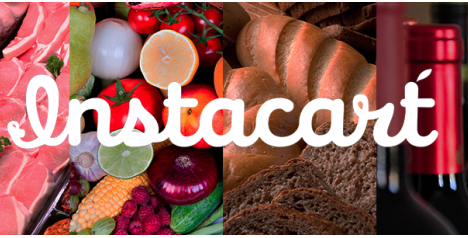 Grocery stores are getting innovative, and testing new waters to attract a generation of disruptive shoppers.

Grocery shopping: It might not be glamorous, but it is a regular part of most consumers’ lives—including Millennials. However, young consumers have a different approach to buying food than previous generations, and they are changing the way that going to the grocery store is done, in some cases looking for ways to eliminate going at all. These foodies are more likely to plan their shopping around a specific recipe they’re planning to cook, to buy ingredients the same day they’re preparing a meal, and look for minimally processed and locally grown food and beverages. As one 26-year-old female Millennial told us, “When I’m grocery shopping, I look for labels that say Local, Free-Range, and No Animal Byproducts.” Meanwhile, 62.6% of 25-34-year-olds say they like to try new foods they’ve never eaten before, more than any other age group, with 16-24-year-olds trailing closely behind at 60.7%, supporting Millennials’ reputation for being more open to new food experiences. They are also the group most likely to be interested in grocery delivery. Their shopping and food preferences put pressure on big-box stores and traditional groceries, which need to adapt to attract the new generation of shopper. Here are three trends we see changing the food buying formula, and helping stores to get Millennials down the grocery aisle: 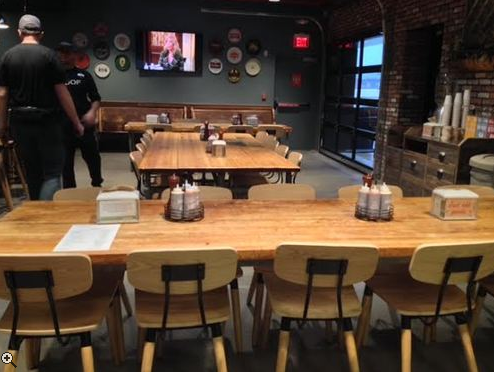 Casual dining restaurants are struggling to attract Millennials, who are more interested in fresh, healthy meals that they aren’t convinced places like Red Lobster can deliver. But what if their casual dining was paired together with their grocery shopping? That’s exactly what’s happening in a grocery store restaurant trend that is increasingly being used to bring in young shoppers who are low on time, looking for easy ways to satiate their tastebuds, and kill two tasks with one bite.  Food blog Eater recently posted that, “The grocery store is the hot new restaurant,” noting that dining in stores is “one of the fastest-growing segments of the grocery industry.” Whole Foods is a leader in the trend, with restaurants in various locations in the U.S. Their recently opened Brooklyn store includes two restaurants, a ramen spot, and a pub called The Roof. USA Today reports that the restaurant/grocery hybrid tactic is only growing, and predicts that “as older mainstream stores remodel, they’re likely to add in-store dining.” One of the Millennial appeals to the trend is the perception that everything offered by a grocery store restaurant is likely made with fresh ingredients—the Brooklyn Whole Foods even includes a green garden where all their organic vegetables are grown. As young consumers continue to turn to food purveyors that make them feel as though they are buying better quality or eco-friendly ingredients, it is an easy step for them to turn to those same places for full meals as well. 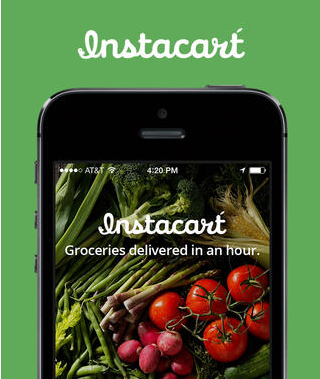 As we mentioned, Millennials are the generation most likely to be interested in grocery delivery, and in a recent Ypulse biweekly survey 40% over age 18 said they have used, or would like to use, a grocery delivery service to gain back time in their day. Though they are a group of foodies with an interest in cooking, grocery shopping is also often seen as a chore, especially for a group that is increasingly buying ingredients on the day that they need them. One 27-year-old Millennial female told us, “I’d cut grocery shopping out of my life because it takes up too much time, I need to do it every other day. It’s a time suck.” There is clearly a market for Millennials to be hand-delivered the ingredients they want, and several companies are making their mark as innovative grocery delivery services with tech at their core and Millennial mindsets as their target. Instacart is a site and app that promises the delivery of food orders within one hour, catering to the generations’ instant gratification expectation. The startup partners with local groceries to fill orders, and recently paired with Whole Foods Markets where Instacart “personal shoppers” are stationed to complete orders as they come in. The app allows users to create grocery lists and to shop from multiple available stores at once—all without ever leaving their home. Each order comes with a $3.99 fee, and they are currently active in San Francisco, Chicago, Seattle, Austin, Boulder, L.A., New York, Philadelphia, Atlanta, and are continuing to expand. 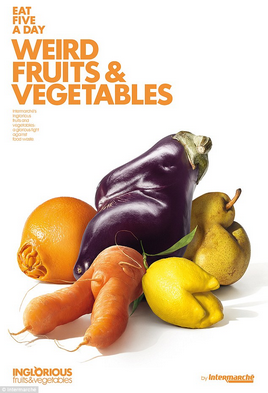 3. WASTE IN THE SPOTLIGHT

It might seem counterintuitive to broadcast that you are selling ugly looking food, but that is just what French market Intermarché successfully did with their “Inglourious Fruits and Vegetables” campaign this year. 300 million tons of fruits and veggies are thrown away each year—much of which is tossed because it doesn’t fit aesthetic standards that stores and consumers have for their produce. In an effort to combat this food waste, and as part of 2014 being declared “The European Year Without Food Waste,” Intermarché decided to make imperfect fruits and vegetables a featured part of their offerings. The chain (the largest grocery retailer in France) purchased these less-desirable products from growers and began to sell them in featured aisles where they were placed next to their “perfect” counterparts and sold at a steep 30% discount. The campaign included a series of posters touting the positive qualities of “inglorious” potatoes, carrots, eggplants, apples and more and a line of juices and soups made with the ugly ingredients. As a result, the store saw a 24% overall traffic increase, and the social network chatter reached over 13 million people in a month. Intermarché isn’t the only store to use waste to innovate their offerings: UK supermarket Sainsbury has created the “first outlet in the country to be powered solely through organic waste products.” Though these campaigns could appeal to any generation, Millennials can be especially sensitive to their contributions to waste and environmental problems, having grown up hyper-aware of their eco-footprint. They want to be given easy ways to help counteract that waste, and support brands they know are making efforts to reduce environmental impact.