What Brands Can Learn From Millennial Vine Trends 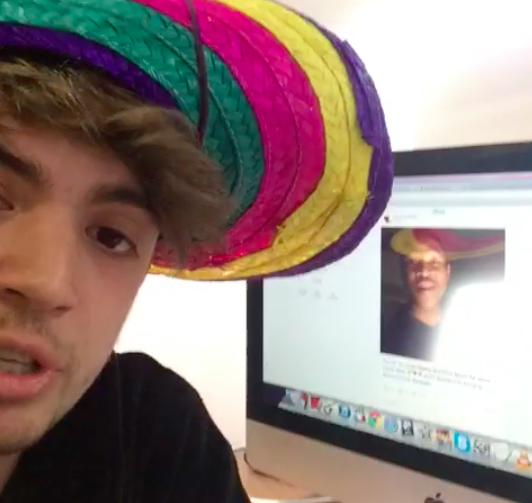 Millennials turned Vine into what it is today and hold considerable power over what content goes viral versus what attempts at humor belong in the internet graveyard. We often discuss how brands are integrating themselves into the social media space, whether through unique hashtags, stop-motion videos, or online contests to build engagement. But often, these campaigns are inspired by trends that are already happening online. In order to understand what the next marketing move should be, it’s important to ask: what is trending among Millennials on Vine? The community is constantly testing out new ideas that make their content more fun for followers. However, on a larger scale, we see them finding new ways to increase the effectiveness of social media, tightening the Vine network through collaborations while also cross-promoting to build on other areas of social. Long story short, Millennials are the innovators of online content, and are doing the heavy lifting for brands by experimenting with what works and what doesn’t. We explore three trends being forwarded by the Vine community right now, and what brands can learn from this generation and take away for future campaigns:

[Unclick the mute button at the top left of each Vine to hear sound!]

Vine is well known for its comedic skits, but its continuous loop is also perfect for playing music hooks on repeat, and the platform is quickly rising as an outlet for exposure among young musical talent. Search hashtags like #6secondcover, #6secondoriginal, and #SingItForTheVine and you’ll find a slew of young singers belting their hearts out. Quick snippets of content show their vocal abilities, and the short clips allow for a near constant output of different songs without overwhelming followers with the same sound. While many use the platform for personal branding, a small subset of vocal talent has formed together to create Musicians of Vine or #MOV. Nine Millennials from teens to young adults make up the Vine account, each having at least 10,000 followers (or well over) and hailing from Texas, Virginia, California, New Orleans, New York, Canada, and Australia. What makes this group unique is their penchant for harmonization, using the trending hashtags #harmony and #harmonizewithme to sing over each other’s individual vines and repost the harmonized ditties. What results is a doubly delicious sound bite that gives listeners something extra special to listen to and also lets fans join to collaborate with their favorite musicians on Vine. See Melody McFly beatboxing over Vine songstress Leah Suh (136.8K followers) and #MOV members Maruice Welch and Jesse Daniel Mack harmonizing to celebrate Mack’s first 10K followers, which then received a third harmony part in a Vine from newcomer Michael Hicks.

Why It Matters: #MOV formed just this summer, but illustrates the penchant for young Millennial musicians to make fame a team effort. Posting harmonies lets singers, beat boxers, and musicians from around the world collaborate (if only for six seconds at a time), and get creative in how they interact and form their families of Vine musicians. Harmonies also push each other vocally to experiment with different styles and beats, and can expose new talent in the process. Young Vine artist Jeffrey Eli Miller posted harmonies back when he has just 800 followers, and now with over 1.2 million fans on Vine and a single on iTunes, he is a certified micro-celebrity.

With the wealth of hilarious and viral comedy skits, it is understandable that Viners would want to use what worked in previous videos to increase their followings, but we see an important trend of giving credit where credit is due using the clarifier “inspired by.” Skits using the same song or concept as another video might be considered direct copying, so tagging the idea’s originator as the point of inspiration gives users the freedom to repurpose the content and make it their own. Those who post on Vine want to be a part of things happening on the platform that they think are cool, so using the “inspired by” line gives recognition to originators and forwards along funny and relatable ideas. See the wealth of posts inspired by Vine magician Christian Leonard or Rudy Mancuso and Pagekennedy acting out a skit inspired by DeStorm Power’s #iphone5problems Vine. This trend has become a regular part of posts by top Viners who enjoy each other’s form of comedy and have their own point of view to add.

Why It Matters: This generation often considers online content free game to repurpose, but comedic content on Vine is another story. The Vine community is quick to tag each other with cameos and collaborations, so it’s no different for skits that are taken and redone in a new way. Young users respect one another’s ideas, and are intent on keeping the community a place where creators can keep building on the videos that are posted.

Young users on Vine are showing their increasing business savvy with each new piece of branded content, and regular contributors often understand social media platforms better than anyone else. With huge followings on Vine already, micro-celebrities are cross promoting like never before, using an array of tactics to copy their follower bases across social media. Cross-promotion with Instagram is huge, even more so than with YouTube, since the network gives fans extra insight into their lives and offers an extra 11 seconds of video content. We see a trend spiking of top Viners including extended clips of their Vine posts on Instagram, letting them include more artistic cuts and attract a new legion of followers on a separate platform. Logan Paul’s 4th of July Vine was extended for Instagram to include more behind-the-scenes footage, while KingBach posted a parody of Nicki Minaj’s “Save Me” with sneakers and the differences from Vine to Instagram include more cameos and slow motion effects. Nicki Minaj even saw the post on Instagram and reposted, giving him a celebrity connection that he would not have found from the original Vine.

Why It Matters: Kids on Vine understand the business of social media and are making money at both ends by cross-promoting multiple networks. But it’s not just a marketing stunt. Fans want to see more from their favorite creators, and posting extended clips on Instagram gives viewers the additional content they crave. Using Vine as a way to tell longer narratives could be beneficial for behind-the-scenes and alternative storylines in campaigns, and could convert followings from one platform to another.