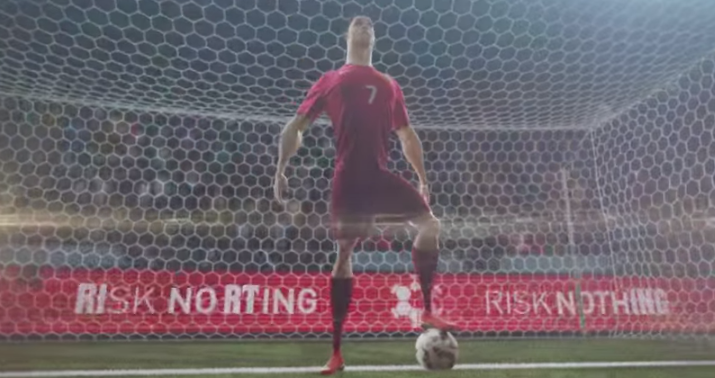 Every four years, the beautiful game serves up beautiful opportunities for brands’ advertising and marketing teams. The World Cup, which global Millennials see as more exciting than the Olympics, is the ultimate stage for the world’s most popular game, and has seen steadily increasing numbers in American viewership.  The recent USA-Portugal match raked in 24.7 million viewers, beating out the NBA finals. The games come at a great time in the sporting season. With the NBA and NHL seasons wrapped up, the cup has only the MLB and Wimbledon to compete with on a day-today basis. Even an injured Tiger Woods has admitted to following the World Cup more than golf. It’s clear that America is in the midst of an intense World Cup fever and so long as the USA is battling in the intense Brazilian heat, that fever will not break.

Of course, as with every hyped up social event, brands are hard at work attempting to tap into that captive, passionate young audience. Unlike other major sport telecasts, soccer games are quite different. There are two 45-minute halves featuring zero commercial breaks. This means the only chance for viewers to see ads are prior to the game, at half-time, and after the game. Not exactly the prime scenario for commercials. Brands are forced to work outside of the traditional media landscape to attract their audience. Here are some of the ways brands have successfully tackled the World Cup marketing challenge, and managed to play to the game to capture those Millennial fans: 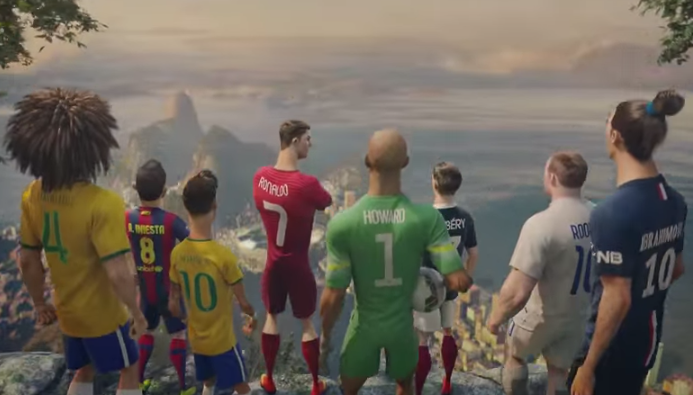 The mythical beast that is viral content is one that eludes many brands. But it certainly hasn’t eluded all. For the week of June 8th through June 14th the top 5 most viewed branded videos online were all related to the Cup. It is one thing to have consumers view branded content, it’s another to have branded content sought out, viewed, and shared by the millions. Of the top 5, Nike’s “The Last Game,” which currently has almost 56 million views and 245k shares, is a fantastical, animated video that depicts the downfall of soccer across the world at the hands of the “perfect” players, enhanced clones of today’s beloved stars. To save the game they love, the real stars come out from the shadows and defeat the “perfect” team. The spot is over five-minutes, and plays more like a short film (inspired by Pixar) than an ad. Similarly, Samsung’s “#Galaxy11: The Match pt. 1”, features animated soccer stars battling against the perfect team from a distant planet who have challenged earth’s greatest soccer players. (It’s like Space Jam for football!) Another win for Nike was their “Winner Stays On spot,” which currently has over 83 million total views. A group of teenagers battling for the court assume the roles, and bodies, of their favorite players, once again placing the Cup’s top athletes together on one field. The one teen who doesn’t assume the body of a current player is the one who scores the winning goal, a detail that resonates most of all with Millennials’ “I can be anything” mantra.

Why They Work: Each of these three videos depict fantasies that soccer fans can enjoy, with dramatic, short-film-esque plots that focus more on the stories told than the brand behind the production, making them feel more like entertainment content than advertisements—which makes Millennials more comfortable and happy sharing. 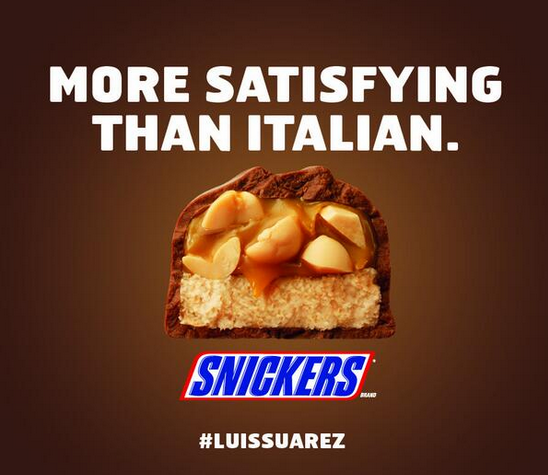 Getting in the Cup Conversation:

This cup already has experts praising it’s potential to have the most social media mentions of any sporting event. The FIFA mobile app even goes so far as to display the statics of social media chatter in relation to each game, team, even players, so it’s no surprise that brands are trying to find their way in to the conversation. One of the most popular ways for brands to get involved is through hashtags. We’ve discussed the dos and don’t of social media hashtags in the past, and the same rules stand for the World Cup. Given that the Cup lasts only a few short weeks, getting a hashtag to stick is difficult. Brand’s like FIFA sponsor Powerade have gained traction early with their #PowerThrough tag based on their association with the games. Other brands trying to tap in from the outside are utilizing the already existing hashtags available, such as #WorldCup and country or match specific hashtags. Overall, the brands doing well with in-the-moment marketing via social media are those watching and ready to responded to the events that unfold. In Tuesday’s match against Italy, Uruguayan star Luis Suárez took a bite out of Italian defender Chiellini. The stunt went unnoticed by the referees, but not the brands tuned in, many of whom promptly responded with clever content harping on the incident. McDonald’s, Trident, Whole Foods, Snickers, and even the MLB chimed in with digs and jokes directed at Suárez’s chomp. The conversation on social media is founded on mutual interest and interactions. These brands showed that they were watching along with their consumers, gaining their attention by participating with them, not talking at them.

Why It Works: Real-time marketing can be tricky, but it can also be a great way to connect with and become a part of the conversation amongst young consumers if it’s done right—and they do notice and appreciate if it is. The World Cup real-time marketing thus far has been a mix of hits and misses, but the hits prove that the games are huge opportunities to showcase brands’ personalities and communicate in a more authentic way with social consumers. The key to succeeding is being informed and timing it just right—relevant, in-the-know content that plays off specific moments (and doesn’t just keep it broad and safe) resonates. 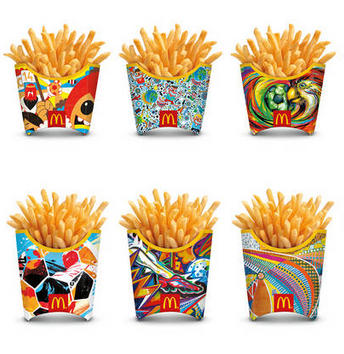 We recently wrote about Millennials’ affinity for travel and how they would be shaping the future landscape of the industry. They are an adventurous group placing a high value in experience over products. (Given the choice between spending $5000 on a vacation with a group of friends and family or a state of the art home entertainment system, 80% of Millennials tell us they would choose the vacation.) Mix their love for world travel adventure with their soccer fever and the answer seems clear: Send them to Brazil for the World Cup. McDonald’s “Peel. Play. Olé, Olé” campaign is geared to embrace not only the World Cup, but the global culture of the game. Sweepstakes winners will be sent to the final two games of the world cup, and enjoy a host of other on-site exclusive experiences. The global chain will also be altering their large and medium fry boxes, showing street art made around the global culture of soccer. Connecting with Millennials was the motivation behind featuring the artwork. McDonald’s senior director of global marketing Matt Biespiel shared that, “it’s a generation that loves art, loves unique customization, loves expressing itself and, of course, loves McDonald’s french fries.” Each package also unlocks a new mobile gaming app “GOL!” that connects fans from around the world. After unlocking the game, players can flick the digital ball with their fingers, and share their best trick shots on social media.

Why It Works: McDonald’s has caught flack in the past for sponsoring sporting events and featuring ads that pretend that athletes are fueling themselves on the not-so-healthy fare of the restaurant. With the World Cup, the brand instead focused on celebrating the experience, not promoting their food as the sustenance of soccer-stars. The campaign provides a once-in-a-lifetime experience to fans, but also bring s a touch of global artwork to their product, and found a way to connect fans around the world through the AR-game, something that globally-minded young consumers can appreciate.