When social media first became a marketing must, Facebook ruled the roost, but even before the outrage over their diminished organic reach began, the conviction that advertising on the platform was effectively reaching Millennials was waning. Now, Eat24 is calling their decision to quit the network “the best marketing move we made all year.” Facebook’s marketing star is in danger of fading. Meanwhile, Twitter allows for unprecedented real-time personal interactions between consumers and brands, which in some cases results in some amazingly creative marketing efforts. But at the same time, the network is difficult to get right, and some brands are still trying to figure out how to master something as essential as hashtags. While social media marketing is more essential than ever, it can be unclear to many how best to participate and just where they should be. So what’s next? In the last few months Instagram, Pinterest, and We Heart It have all begun to introduce native advertising into their communities, and for the first time visual marketing, using a series of snapshots to tell a brand story, is becoming an option for brands. Snapshot marketing adds another option to the social media menu, opening up several of the visual platforms that Millennials have gravitated to in the last few years to brands to use in new ways. The next iteration of social marketing puts brand messages into a snapshot, communicating to young consumers in the way many of them prefer—with little to no text at all.

As we said in our Q&A with rising visual sharing platform We Heart It, we are gradually moving towards a more visually represented world, celebrated by Millennials who use image sharing services as a way to interact with each other, expressively share the world around them, and represent who they are in visual ways. In March, when asked Millennials what social networks they actively post content to, 31% said Instagram, 26% said Snapchat, and 15% said Pinterest. Engagement increases among Millennials under 18-years-old: 37% say they post actively to Instagram, only 4% fewer than those who say they post actively to Facebook. These image-based platforms have seen a rapid rise in popularity thanks in part to Millennials’ visual communication tendencies. But it’s not just about what Millennials prefer—studies show that our brains process images faster and retain much more information when it’s delivered in a visual way. So in retrospect it shouldn’t be a surprise that advertising on visual platforms is being touted as the future of marketing. Marketers are increasingly shifting their strategies to visual platforms, and the era of snapshot marketing is beginning. Here’s what you need to know about the visual platforms both leading the charge and testing the waters of snapshot marketing, and the keys to creating successful visual campaigns on each:

(Stay tuned tomorrow for our Q&A with We Heart It to explore why snapshot marketing is going to be vital to brands!) 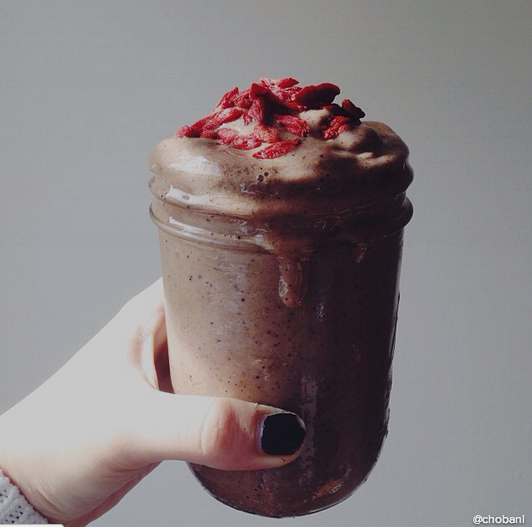 Instagram just introduced advertising six months ago, and allowed a select group of 15 brands to participate, but the network has already claimed success for advertisers on the platform, and pulled in a $40 million ad deal with Omnicom. Promoted ads reportedly have received engagement rates 400% higher than organic posts on Insta, and follower counts for those brands participating have almost doubled in some cases. Some brands are also reporting that they see far more engagement with consumers on Instagram than they do on Facebook. In the months since it began to experiment with ads on their platform, Instagram has also been trying to help brands understand the best ways to approach snapshot marketing, even producing an actual book on the subject. The Instagram Handbook for Brands gives tips on the “secrets of captivating imagery” using eleven successful brands’ accounts as evidence, and the keys to success seem to be in part to present high-quality images that also appear as if a regular user could have created them. Those that are too “staged,” as the somewhat poorly-received Michael Kors test ads in November were, are not as embraced by young consumers who are looking for a feeling of continuous authenticity on the platform. Instagram has made a case that advertising on their platform pays. Their (casual) case study on Ben and Jerry’s, reports that the brand reached 9.8 million users and saw a 33-point increase in ad recall thanks to their test ads. It also instructs that, “the secret is respecting the community and providing value to them.” Meanwhile, Instagram-style images might also work off the platform: Social media agency Laundry Service says that Instagram photos are more effective in advertising than stock images and studio shots. In tests, “Instagram-style” images received click-through rates as high as 8%, compared to just 2.35% using “regular photos.” The results make sense, especially when considering Millennials’ preferences for authentic and “organic” content from brands, and their attraction to imperfection. 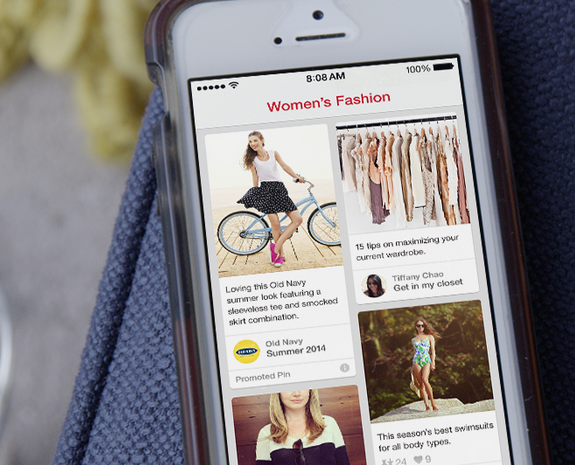 Last fall, Pinterest began experimenting with paid advertising via its Promoted Pins program, which allowed a select number of brands to have their Pins appear at the top of search results and feeds. This month, the program expanded, and snapshot marketing is officially becoming a part of the platform. A wide range of industries are participating in the push, from retailers like Banana Republic and lululemon, to food brands like Nestle and General Mills, to entertainment giants like Disney. What all of these brands have in common is the audience they’re hoping to capture, the 25 to 34-year-old (mostly) Millennial women who make up Pinterest’s user-base. While carefully shot, but authentic-looking content is ruling on Instagram, Pinterest allows for a slightly wider range of image types thanks to the platform’s origins as an internet pin-board. Kraft will be running mostly recipes that incorporate their products, which is already a popular content type on the platform. Pinterest is currently working with all the participating brands to, “help them understand what type of creative resonates with Pinterest users.”  Meanwhile, the network has promised its users that the ads will continue to be “tasteful, transparent, relevant and improved based on your feedback,” so it’s clear that Pinterest is being cautious and taking every steps to make sure that their user-base is not angered by the introduction of the ads. Their cautious approach exteds to their treatment of advertisers: last week, Pinterest announced that they will be launching an initiative to help brand clients better understand which of their Pins are performing best. 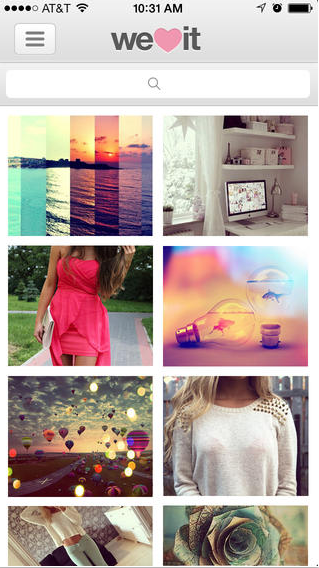 The Marketing Newbie: We Heart It

We Heart It is an image-based social network for visual expression that connects over 25 million monthly users through visual communication, 80% of whom are 24-years-old or younger and 70% female. 80% of We Heart It’s activity is on mobile devices. In January of this year, We Heart It CEO Ranah Edelin told us,  “In the future, we are going to be working with a select group of brands that want to be part of our pilot advertising program that we hope to roll out later this year. We are already working with great brands including Conde Nast properties Teen Vogue and Lucky and look forward to seeing many more on the platform in the coming months. I’d say that any brand that wants to increase their exposure and relevance with Millennials should get on We Heart It.” Those promises are becoming a reality, and We Heart It launched their own native ad program just this month. Ads on the platform are being  “pinned” to the top of users’ feeds so that, unlike Instagram where ads are pushed down a feed as new images are posted, brand images remain visible and ad exposure rates are increased. The pilot program has been launched with brands like Old Navy, Hollister, and JCPenney. Like Pinterest, We Heart It is working with these and future brands in order to make sure the ads look like they belong on the network. Because users on We Heart It often post “inspirational” or “aspirational” images of brands and products themselves, the battle to fit in is already half fought. We Heart It tells us that the response so far has been positive: “We just started running Old Navy, and their images have already been hearted thousands of times. The promoted images act just like regular content—users can heart it, which puts it onto that user’s profile, but also sends the image out to any of their followers. We’re seeing follower counts start to ramp up for brands as well.“ Snapshot marketing on the platform needs to be highly attractive and shareable in order to be effective, and the platform’s reputation as a place to share “beautiful, inspiring, and expressive images” will most likely inform the kinds of ads that We Heart It guides brands to use.

Western Europe
The 15 Coolest Brands, According to European Gen Z and Millennials
It’s not easy to win the title of “cool” from young European consumers. We checked ...
North America
3 Things Young Consumers Want From Brands For The Holidays
It’s officially the holiday season. What exactly do young consumers want from brand...
North America
The Top 15 Retail Brands Among Gen Z & Millennials
Our brand tracker reveals which retail brands have the highest YScore+ among young ...