Things You Should Know: XBox One 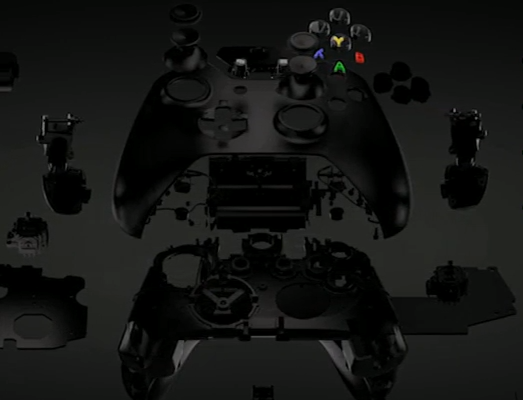 On May 21, Microsoft announced their much-anticipated next generation video game console: Xbox One. The console will be competing with Sony’s next-gen console: Play Station 4 (PS4) this coming holiday season, but it would not do the Xbox One justice to call it a “video game console.” Microsoft is making waves with gamers by instead marketing One as an “all-in-one entertainment system.” The console moves away from Xbox’s gaming roots, aiming instead to be an entertainment hub that focuses as much, if not more, on TV and sports as it does video games. Devout gamers might be criticizing the move, but with Millennials looking for products that help to streamline life Xbox One has the potential to be valued by a wider audience. The entire Xbox One release is something to be discussed, from its pre-announcement rumors to its post-announcement skeptics. Here’s how the Xbox One announcement was a Millennial event through and through:

Since the gaming world was told that 2013 would bring the next generations of Xbox and PlayStation, they have been searching the internet for any information on the consoles. There were rumors that the console would require an internet connection at all times, which was not good news for gamers, who made their distaste for the idea well-known. In the wake of the reports and criticism, Microsoft employee Adam Orth took to Twitter to tell gamers that didn’t like the idea of an “always-on” console to “deal with it.” Microsoft put out an official statement apologizing for the staffers remarks, but for many shadows had been cast on Microsoft and their next console. The event exemplifies how social media can cause major press issues for brands who aren’t careful to play nicely with passionate fan-bases, especially in areas as unknown and developing as a new product launch.

The Xbox One is an all-in-one machine. In the brand’s words, “Xbox One is a state-of-the art gaming console, a new generation TV and movie system and a whole lot more.” It enables users to control their cable box, watch Blu-ray DVDs and even order a pizza through the console. Voice commands allow users to jump from playing a game to watching TV to listening to music all through voice commands. Xbox SmartGlass, a part of Xbox One’s features, will turn mobile phones into intelligent controllers and pushes “extended experiences” of entertainment from Xbox One to users wireless devices. The lines between media are already blurring for Millennials, and technology like Xbox One, which allows for seamless movement between different entertainment worlds, will only continue the trend. Already, the brand has announced a live-action TV series based on the extremely popular video game Halo that will be exclusive to the console and executive-produced by Steven Spielburg. Another Xbox One title, Quantum Break, will be both a game and a TV show and has been described as revolutionary. Actions in the game will effect the show, and changes in the show will directly effect the game. Millennials are already used to a more fluid entertainment landscape, and we can imagine that they could begin to expect a level of interactivity between TV, films, and games.

After the Xbox One announcement, many gamers felt that Microsoft had not devoted enough time or press to the gaming features of the console as they should have. Millennials want to be heard by brands and their ideas and their recommendations to be acknowledged. Before, after, and during the announcement of the Xbox One, the Millennial gamer has had something to say about the direction they want to see this new console take.This supercut of the brand’s announcement emphasizing TV over gaming is just one of many criticism videos made in the wake of the console’s reveal. The hardware has the potential to make for stellar game play, but will the games really live up to the hype? Will independent games be welcome on the system? Gamers want answers, and they might not get those answers until the video game conference E3 this June. The controversy becomes even more evident when bringing in comparisons to the PlayStation 4. Inside Gaming Daily gave Playstation props for giving games proper attention during their launch. To the gamers, the GAME is the centerpiece of any console. With Microsoft’s attempt to make Xbox One a device that gets attention for being an entertainment game-changer, they may have angered their core audience and that audience is making their unhappiness known. Until Microsoft can provide gamers with a real taste of game play on the Xbox One, they won’t be fully satisfied.

In the upcoming months we will be hearing more about the Xbox One, PlayStation 4, and all other things gaming as E3 approaches. We’ll be covering how new gaming information will change pricing, new game titles, the future of the used game market, and more.