Scandal in the Age of Acceptance 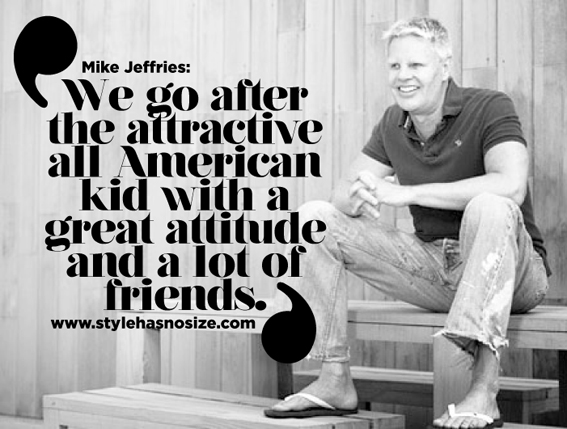 This Monday, we took a look at how Millennial attitudes are shifting their views on just what can be deemed scandalous in The End Of Scandal As We Know It. We also told you that though they may be changing, scandals will not become extinct and that new issues that matter to Millennials will rise up to take the place of the traditionally taboo public behaviors. For this generation, scandals will be made up of those things that Millennials find socially unpalatable, like corporate discrimination and cover-ups. In this world, there is such a thing as bad PR — because while Millennials are quick to forgive personal missteps and brand product and marketing failures, publicly aired opinions that don’t fit into their worldview are scandal igniters. Here’s a look at some recent scandals that signify the shift:

Abercrombie & Fitch has had a serious branding problem and PR scandal on their hands since comments that CEO Mike Jeffries made that the youth retailer does not produce plus-sized clothing because they “go after the cool kids” were publicized earlier this month. The comments incited a wave of anger and reactions from consumers online and off. Interestingly, the interview in which these comments were made is seven years old, a fact that is significant in a few ways. First, the public perception of what brands are responsible for, how they should act, and the plus-sized clothing acceptance movement has changed significantly in that time. Second, Millennials have aged up and become more economically and culturally influential since 2007. Finally, the internet means that everything a brand puts out into the public can affect their reputation—even if years have past since the gaffe. Millennials, a generation that has been taught that acceptance is the ultimate virtue and that body-shaming is a huge no-no, has grown up in a world where plus-sized is increasingly the norm. To many of them, comments like Jeffries are not merely unwise, but are discriminatory. Reactions by young consumers have been swift and public. Writer/filmmaker Greg Karber created a YouTube video to give A&F a public “brand readjustment” by handing the brand’s clothing out to the homeless in LA, and suggesting that others follow suit and send pictures to #FitchTheHomeless. The #FitchTheHomeless campaign has itself been called problematic, but its existence and the spread of the hashtag on Twitter prove that the scandal has ignited Gen Ys enough for them to take action. An online petition requesting that the brand accept more diverse body types has also gone viral. A YouGov Brand Index Report reveals that previous to the May 3rd Business Insider article that brought the comments to public attention, consumer perception of the brand among 18-34-year-olds was fairly evenly split, and not far below competitors. After the CEO’s “cool kids” gaffe went viral, perceptions of Abercrombie and Fitch have fallen drastically. 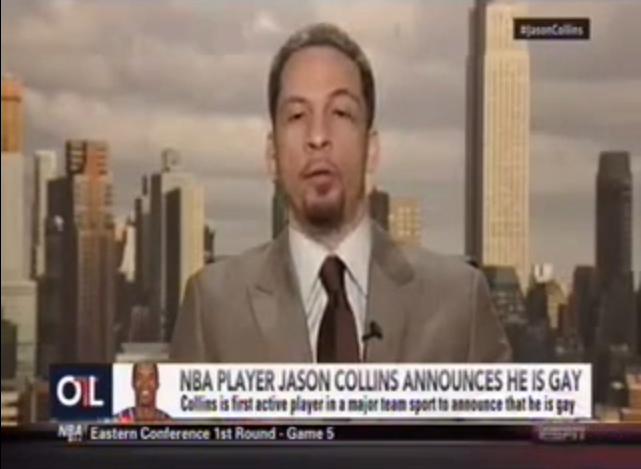 On the May 6th cover of Sports Illustrated, NBA center Jason Collins became the first active player in American pro-sports to come out publically as gay. In previous generations, the scandal would have been the mere fact that a professional athlete had come out of the closet. But 74% of Millennials say that they believe homosexuality should be accepted by society, and almost as many support the right to gay marriage. In this environment, the only scandal about Collins’ news surrounded those who didn’t accept Collins’ announcement with open arms. After the news went public, supportive Tweets and messages to Collins poured out from fellow athletes, sports figures, celebrities, and politicians. His team, the Wizards, reported that “Collins 98” jerseys were the only orders they received on their online store. In this wave of positivity, the dissenters were obvious and scandalous. Websites and news sources catalogued the “worst reactions” to the article so that the unpopular opinions were showcased for all to see. NFL wide receiver Mike Wallace was criticized for his Tweet that he “just [didn’t] understand” why someone would be gay. After the backlash to his comments he promptly deleted the Tweet and apologized and his team, the Miami Dolphins, issued a press release to make it clear that his views did not reflect the organization’s culture of respect. ESPN reporter Chris Broussard commented that being gay is “walking in open rebellion to God.” A media firestorm followed, and yesterday ESPN president John Skipper publically said that not preventing those comments was the network’s one mistake in covering the story.