Are Gen Y Women Poised To Take Over Comedy? 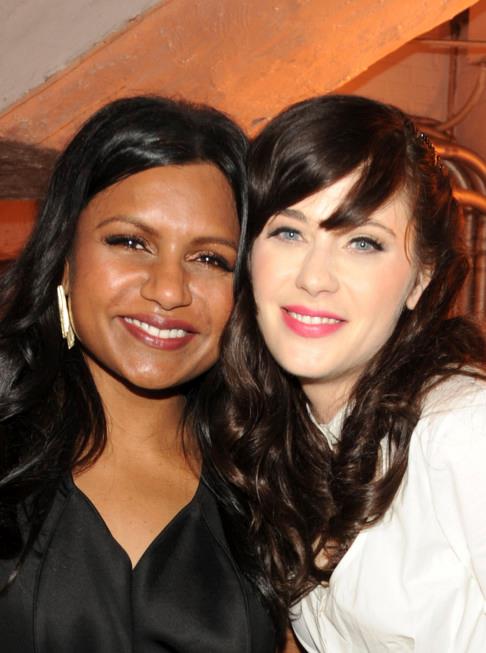 This Sunday, Rebel Wilson hosted the 21st MTV Movie Awards, becoming the first female host since 2007 when Jessica Alba took on the task.  During the course of the night, she also won “Best Breakthrough Performance” and “Best Musical Moment” awards for her role as Fat Amy in Pitch Perfect. With a slew of movie roles in the last three years, and rumors of a television show being built around her in her future, Wilson could very well serve as a symbol of a larger shift happening in comedy: the takeover of the Millennial female.

Looking at the past generation, male Xer comedians like Adam Sandler and Will Farrell, who often were born out of the SNL family, would carry huge franchises and movies with huge fan followings. It seems that Gen Y is not following that pattern. Vulture is wondering where our next male comic superstars are, but they might just be looking at the wrong gender. Instead of male comic headliners, we have a rush of Millennial female helmed comedies like New Girl, Girls, 2 Broke Girls, and The Mindy Project taking over the airwaves. Many of the Gen Y female stars in these shows are also writers or producers of their content, setting the stage for Gen Y female comedians to become the major Hollywood power players of their generation.

A quick rundown of recent TV comedies provides evidence that Gen Y female comedy stars are currently building their empires in Hollywood. Polarizing comedian Whitney Cummings had three different shows on the air in 2012, co-creating and executive producing 2 Broke Girls on CBS, creating, exec-producing and starring in Whitney on NBC, and also starring in her own talk show on E!. 2 Broke Girls, of course, stars two more Gen Y female comic actresses. Meanwhile, Zooey Deschanel doesn’t just star in (hugely Millennial popular) show New Girl on Fox, she also produces; and earlier this year launched a production company with her Hello Giggles partner Sophia Rossi to develop more TV comedies and dramas for Fox. New Girl, incidentally, was created by Liz Meriweather; a Gen Y woman who is also the showrunner, produces, writes, and is developing projects at major studios. Mindy Kaling (technically on the border of Xer and Gen Y) was a cast member, writer, producer and director on The Office before creating, writing and producing her own show, The Mindy Project. And of course Lena Dunham, who once jokingly called herself the voice of her generation, stars in, writes, and directs the buzz-garnering HBO hit Girls, and has also signed a multi-million dollar book deal with Random House for her first title.

This is not to say that there are no successful Gen Y male comedians. Jonah Hill has had a successful acting and writing career. Aziz Ansari is prolific in stand up and stars in the ensemble cast of Parks and Recreation. Donald Glover balances a career in both music and comedy, releasing songs as Childish Gambino and starring on cult-fan favorite Community. But for all their success, these male comedians do not seem to be building the foundation of media empires in the same way that their female counterparts are. They are more likely to be taking a stand-up route to fame, or participating in ensemble comedy and shining in guest spots (Glover guest-starred on Girls) than producing and creating their own shows and films. Following the careers of Gen X comedy powerhouses like Jim Carrey, perhaps they are suffering from the typically Xer issue of needing the previous generation to step out of the spotlight in order to get some momentum and attention.

Gen Y women have different role models and predecessors in the industry. In her acceptance speech at the Golden Globes, Lena Dunham thanked hosts Amy Poehler and Tina Fey, for “getting her through middle school.” Though the comment came off to some as an age dig and Poehler and Fey joked about it later, it revealed that this new generation of female comedians has a different kind of comedy role model to emulate. Fey and Poehler both came out of SNL to create and star in their own critically acclaimed TV shows. Now that we are watching a new generation of comedic women build their own starring vehicles and entertainment industries from the ground up, it seems possible they are following in these footsteps.

During Sunday’s Movie Awards, young comedic actress Aubrey Plaza, who stars in Parks and Recreation and is building a film career, rushed the stage during Will Ferrell’s “Comedic Genius” award acceptance speech, attempting to pry the statue from his hands. The unscripted moment may have confused many, but it also said a little something about the boldness of Gen Y female comedians. Though Farrell didn’t give it up, she was ready to take the comedy award right out of his hands.