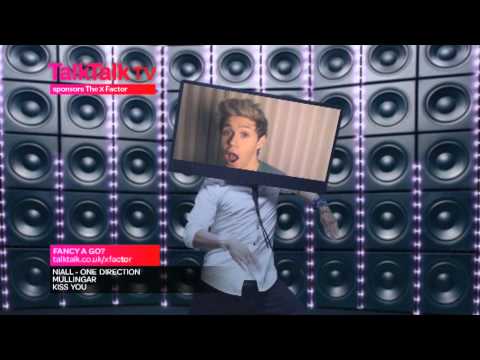 Multi-tasking has taken over entertainment, and there is no turning back. We know that young viewers are more likely than not engaging with multiple screens simultaneously when relaxing– even while watching their favorite shows. This new form of engagement has turned Millennials into active participants when it comes to media engagement, instead of passive ones. Because of this, the second screen (or third, or fourth) can prove to be an opportunity for brands that take advantage of the multi-tasking viewer mindset by making multi-platform entertainment even more engaging than a single screen experience. Still, many questions remain– will young viewers willingly participate in the viewing apps, fan chats and enhanced content being made available to them? Also, how are young consumers actually engaging with the second screen entertainment flooding the market? Our 24-year-old YAB member Danielle gives us a glimpse at how second screen engagement is changing the way she watches and talks about TV.

No remote? No problem.

With the help of our smartphones, laptops, and tablets, TV viewership has completely transformed. Now, we not only stream our favorite shows on-the-go from these devices, but we can also obtain instant feedback from people anywhere in the world who share similar taste in television. This second (or third, or fourth) screen has allowed us to engage instantaneously with friends, television networks, and social communities who share our television program preferences.

Whether it’s a reality show, the Oscars, the Super Bowl, a POTUS press conference, or the season finale of Pretty Little Liars (which recently just became the first series in TV history to accumulate over 1 million total airtime tweets, according to the New York Post), the addition of multiple screens during live television has allowed viewers and advertisers to connect in real-time with one another via social media. Through Twitter, Facebook, and Instagram, we no longer have to wait until the morning to discuss last night’s episode with other fans. Now scenes from shows, award winners, outcomes of games, and sitcom one-liners can be talked about the moment it happens–and the content doesn’t have to be just through words. As social media continues to take off, more and more users are sharing information through photos, videos, and GIFs, whether it be straight from their couch, or at the events themselves, in order to capture the full viewing experience and make it even more of their own.

For me, it’s all about Twitter during TV. Following trending topics and seeing the most popular hashtags have become almost a necessity to my viewing experience. Many networks have picked up on this trend too–as I’m sure you’ve noticed hashtags in one corner of your screen for just about every major network from FOX to HGTV. Networks provide hashtags during airtime to steer the direction of their community engagement, ultimately helping them increase their online presence and social media statistics. Some networks even purchase promoted topics or tweets in order to reach a larger group of users to create buzz around their show–and let me tell you, it’s worth every penny. Findings from a recent study by Nielsen and SocialGuide have shown a direct correlation between TV ratings and Twitter engagement. Premiere TV episodes which saw an 8.5 percent increase in their Twitter activity also saw a 1 percent increase in their TV program ratings among those ages 18 to 34 years old. This just goes to show the power social media has on the way we watch TV, and I know it certainly already has me talking (and tweeting) up a storm.

Danielle is an innovative marketing communications professional who earned her B.S. in Advertising and Graphic Design from Rider University. This New Jersey native has since been learning the ropes of the corporate retail world through her experience with Macy’s Merchandising Group. Learn more about Danielle by following her on Twitter @Danielle_Gizzo.