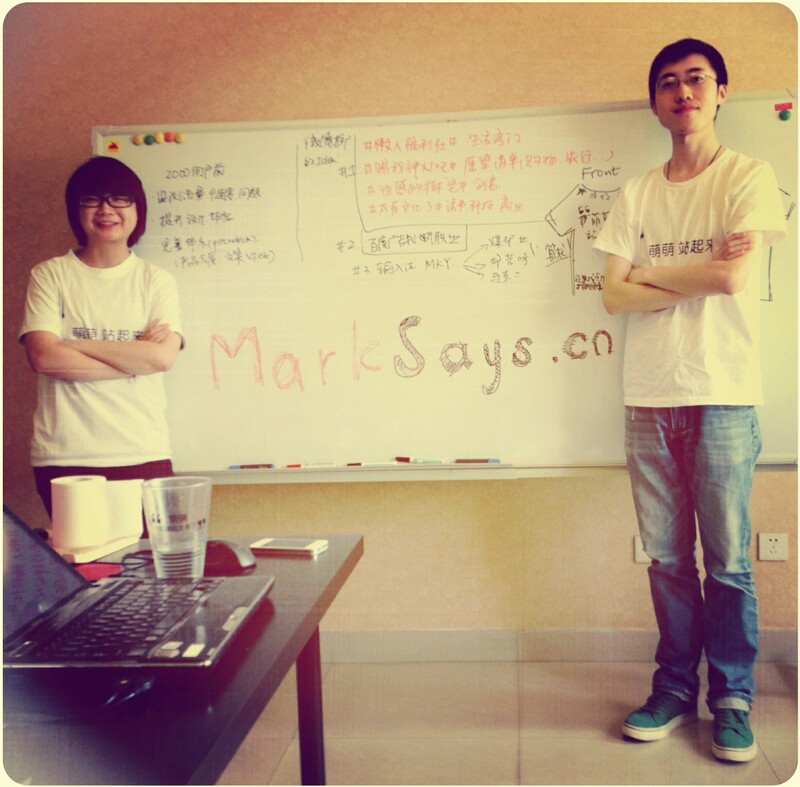 Having an entrepreneurial spirit and the urge to create one’s own company is becoming increasingly characteristic of Millennials all over the world. Regardless of their country or continent, many young people seek to pursue their passions and create a name for themselves. This is the case for Chelsea Lu, a young entrepreneur in China, who after attending college and working in the U.S., moved back to China to create an Internet application. One of our Youth Advisory Board members, Bryan Spencer, interviewed her in the latest installment of his “Profile of a Chinese Millennial” series, highlighting this universal desire among young people to make a difference.

Bryan Spencer: So you’re a 20-something year old entrepreneur in China. Can you tell me a little about your company? How did you form your company and what were you doing?

Chelsea Lu: I started this company after I quit my last job in digital advertising in the U.S. and came back to China. My sole motivation for quitting my job and coming home was to start my own tech company — the typical “Silicon Valley” style, and by that I mean focusing on building one consumer Internet application. I realize this was a pretty atypical path for a person on the buying side of digital advertising and with no coding experience. However, retrospectively, I think the seed for this adventure was planted during my first summer internship when I was working with a digital media team.

I especially remembered one guy from a startup that does verified code ad coming in for an introduction one afternoon. He was the co-founder of his own company and was VERY passionate about the product. To this day, I can still recall the goosebumps I got listening to him…in a good way.

After graduating college, I began working at digital media company in Cincinnati and worked there for seven months before my inner desire for a tech startup became too strong to suppress. I loved the vibe and appreciated the view of the entire digital media ecosystem this job provided, but the more I saw, the harder it became to fight my desire to start a company for myself.

Long story short, I flew back to China last August and had my company registered in October. As a non-tech founder, I struggled a bit to find my other half — a talented tech guy or girl with a vision and motivation. And I was still in the water doing research trying to nail down what exactly the product would be. For a short period of time, I felt at a loss. I used that period of time getting familiar with the policies and applied for admissions into the government sponsored incubator. Luckily things have a way of working themselves out and I found my perfect business partner via a high-school friend.

We didn’t have an office when we first began working together so we would just call each other and chat for hours over lunch or coffee, trying to land an idea that both of us could agree upon. We started to pick up outsourcing projects, like building corporate websites, graphic design, and video editing along the way just to make some money. Finally, the idea for our company came to us one day and it excited both of us immediately!

We got an office last February and hired a couple more employees. The idea we got that afternoon is coming to life, a line of code at a time. We created Mark Says, an exploratory bookmarking application. We chose it not because the idea is so innovative and creative, but because we think we can make the product better and more useful for everyday users and expand the product beyond the techies who are already entrenched in the product. We are still pretty tight on hands and we are now much more rigid with what kind of outsourcing projects we go after and take in.

CL: We are now a very typical early-stage startup with a core app that we build as our long-term product. Since this past May, I started trying to control the time/effort spent on outsourcing projects so our hands aren’t spread too thin and we have time to work on building our core product.

As for the long-term goal of the company, I certainly hope that our product, MarkSays, will take off. Besides a couple of small supports from the state incubator, we’re now looking to get into a few entrepreneur competitions/demonstrations. But trying to figure out the best timing for product development, marketing efforts, funding efforts, and a combination of those things is an art.

BS: Lastly, the Chinese internet is a fascinating and rapidly changing place. What are some recent trends you are noticing?

CL: Besides the rapid growth of mobile, e-commerce, and picture-oriented sites, I’ve noticed that Weibo (basically China’s Twitter) is growing at Renren’s (basically China’s Facebook) loss, which I don’t see happening in the States. Of course Weibo and Twitter, Renren and Facebook are not exactly the same, but I’m still curious as to why this is happening. Some reviews argue that Renren is based on the strong connections that we hold in the real world, while Weibo is as much a channel for information as a communication tool.

Bryan is a Kansas native who, in early 2011, hopped on a plane to China in search of a new challenge and hasn’t looked back since. He currently resides in Nanjing where he serves as the head of China operations for Millennial Marketing Partners, Inc., a California-based marketing and consulting company. Previously, he spent time at ClickHere (Chick-fil-A, Travelocity, GameStop, Amstel Light) and Archrival (Nebraska Book Company). Bryan has been a contributing writer for publications such as AOL and China Daily, as well as a book written in Chinese, “Impression of China,” (Nanjing University Press, 2012). He graduated from the University of Kansas with a BA in Communication Studies and is currently a Master’s candidate at Nanjing University, where he was awarded a full scholarship for graduate studies by the Chinese government. Learn more about Bryan by following him on Twitter @bryanspe.