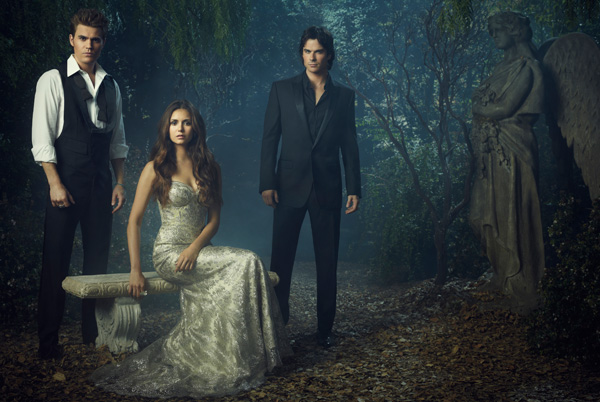 “The Vampire Diaries” is one of teens’ favorite shows on TV and with the start of the fourth season, it’s been building even more buzz in recent weeks. Our YAB member Skyanne is an avid fan of the show and tuned in to the Season 4 premiere, which she said was impressive and extremely entertaining. Skyanne explains below why she likes the show so much and what about the latest season is grabbing her attention already.

What was the biggest draw?

“The Vampire Diaries” has been my favorite show, and the only one I watch weekly, since the pilot four seasons ago. There was never any doubt regarding whether or not I would be tuning in for the premiere of Season 4. For me, the biggest draw was finally finding out how the events in the finale for Season 3 would affect the characters and change the show I’ve grown to love.

What did you expect going in? How much did you know beforehand?

Having watched every episode of the show to date, I knew that the Season 4 premiere was guaranteed to be full of surprises and unexpected twists. Therefore, I attempted to erase any expectations I had about how the season would go. However, I had watched the previews and a few cast interviews, as well as read a few articles, and therefore had a general idea of some things to expect (and not expect) for the first few episodes. Even though I was trying to forget expectations regarding the plot, I was certainly expecting a crazy first few episodes full of the stellar acting I’d come to expect from the show in general.

How did you tune in? Did you watch commercials?

I watched the premiere as it debuted on the CW and watched the commercials, though I also used commercial breaks as a time to check Facebook and Twitter. For the episodes since, I have either viewed it live on the CW or watched it on the CW website the following day, depending on what my schedule was that day.

The show is currently four episodes into the season and the stakes are already set high for the entire season. As expected, one of the main focuses of the season is Elena’s transition into a vampire and, due to her doppleganger blood, there appears to be complications that no one anticipated. At the end of the third episode, she is still in limbo between following Stefan’s animal blood-only “good” vampire path and Damon’s go-off-the-deep-end-now-not-later “bad” vampire path. However, that’s not the only focus of the season. All the expected things – the Salvatore brother rivalry, crazy Bennett witch twists, and romantic tension between a variety of characters – are present from the first few minutes of the premiere but the arrival of new characters keeps the plotline fresh and much different from Season 3, even with the return of everyone’s favorite Originals.

So, what did you think?

One of the things I love about “The Vampire Diaries” is how quickly the plot changes but Season 4 is already so different from Season 3 that I’m having trouble keeping up. There were so many issues that I felt were left unresolved in Season 3 that have not even been touched upon in this season and so many new characters and subplots have been introduced that I feel like I’m watching a completely different show. Some of the acting and character-responses also feel a little off, though that is improving with each episode and I expect any awkwardness to fade away within the next few episodes.

However, despite my disappointment with the unresolved issues, Season 4 is well-worth watching. I am still eagerly anticipating each Thursday and expect that as the season continues, more issues will be resolved and the new characters and subplots will continue to develop until viewers are as enthralled as they were in previous seasons.

Skyanne was the girl skipping school in fourth grade to stay home and write. She loves traveling more than anything else and has goals to visit every continent in the world and every country in Latin America and now, after graduating high school, she is taking a year off to travel. Her second passion is volunteering and she hopes to spend time in developing countries, particularly places like Ghana and Cambodia, to work with children. Skyanne hopes to attend UC San Diego to major in Political Science and International Relations. She is obsessed with “Vampire Diaries” and never passes up a chance to fangirl over Ian Somerhalder. She can be found on Twitter @skyvsworld and on her travel blog, Sky vs World (http://skyvsworld.com).