YAB Review: “Beauty and the Beast” 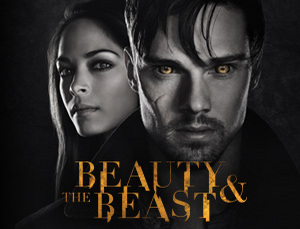 Today’s post comes from Youth Advisory Board member Skyanne who tuned in to the premiere of the CW’s “Beauty and the Beast” last week. Skyanne is impressed so far by the modern retelling of the classic fairytale which combines mystery, action, and character-building. She explains that it’s not just another paranormal show with a twist and hopes that future episodes live up to the first!

What was the biggest draw?

Honestly, I just needed something new to watch. The fact that the “Beauty and the Beast” pilot came on right after the season premiere of “The Vampire Diaries”, the only other show I watch regularly, made it perfect. Plus, the previews totally drew me in — contemporary twists on “Beauty and the Beast” are my favorite and the show looked like an original take on the fairytale.

What did you expect going in? How much did you know beforehand?

I knew very little about the show, other than it was a modern retelling of “Beauty and the Beast.” I didn’t pay much attention beforehand except the previews I caught on TV and was not familiar with anyone in  the cast. I am rarely impressed by anything on TV, and I tuned in with low expectations. The night before it premiered, a friend and I were discussing the show, and I said, “I don’t know, it’s probably going to be another lame attempt at some paranormal romance with a twist”, though I will admit to secretly hoping I was wrong.

How did you tune in? Did you watch commercials?

I watched the pilot as it premiered on the CW. I did watch the commercials, though I generally spent more time checking my phone or Facebook than paying attention to them.

The show opens as main character Catherine Chandler, played by Kristin Kreuk, witnesses her mother’s murder. Chandler is then chased through the woods by the murderers, only to be saved by, surprise, the Beast, played by Jay Ryan. Fast forward nearly ten years and Chandler is now a detective for the NYPD, investigating a murder case. However, the only fingerprints to show up at the murder scene are those of Vincent Keller, deceased Afghanistan soldier. In an odd twist of fate, the case forces Chandler to re-examine details of her mother’s murder as she discovers things she never thought possible.

So, what did you think?

Honestly, I was incredibly impressed. “Beauty and the Beast” is not (so far at least) the cheesy, over-done attempt at a retelling that I was expecting. Straight from the beginning, everything about the show was captivating. As the story begins with a flashback, viewers are left trying to put the pieces together, right along with Chandler. Chandler is an independent, strong woman who is not afraid to get herself into a little trouble and it’s so nice to see that on TV. The pilot only begins to touch upon the story of the Beast, but I am already half in-love with Jay Ryan. While I don’t want to give too much away, I was pretty impressed with how the original tale was updated in a way that is contemporary and relevant to today’s society. So far, there is the perfect mix of mystery, action, and character-building (and interaction that I’m secretly hoping will turn into a romance eventually!).

Overall, I’m pretty sure “Beauty and the Beast” may be my new addiction, if future episodes are as well-done as the pilot.

Skyanne was the girl skipping school in fourth grade to stay home and write. She loves traveling more than anything else and has goals to visit every continent in the world and every country in Latin America. After graduating high school, she is taking a year off to travel. Her second passion is volunteering and she hopes to spend time in developing countries, particularly places like Ghana and Cambodia, to work with children. Skyanne hopes to attend UC San Diego to major in Political Science and International Relations. She is obsessed with “Vampire Diaries” and never passes up a chance to fangirl over Ian Somerhalder. She can be found on Twitter @skyvsworld and on her travel blog, Sky vs World.