A New Age Of Internet-Enabled Friendship 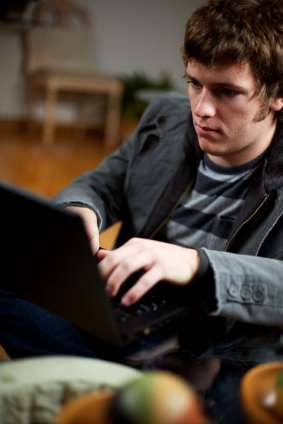 In today’s society, it’s socially acceptable, and in fact, commonplace for people to meet others online and to develop friendships or relationships stemming from the Internet. Whether through sites of common interests, online meet-up groups, or even online dating, Millennials are turning to the web to find others they get along with. They’re constantly plugged in, so it makes sense they’re seeking out sites that will help them grow their network in real life. Talking to strangers online is often criticized, but as Millennial contributor Charles explains, this type of interaction is now a major part of culture to meet new people, especially for his generation.

A New Age of Internet-Enabled Friendship

When I got off the bus at Port Authority Bus Terminal, I didn’t know what to expect. I was warned against this sort of thing, but it seemed harmless and a great opportunity. I figured there wasn’t anything to lose in the first place, so why not? I was going to meet someone from the Internet.

I was only sixteen at the time, a mere sophomore in high school. Back then, I had the free time to play hours of online video games with no remorse. I found a tightly knit community on one of the servers I frequently played on. I went on their forums and had the pleasure to get to know many of its members. We talked, laughed, and spent our afternoons together. Each year, the members of “Axl’s TFC” would get together for a 24-hour video chat session. This was the only time I would be able to see the faces of many I had only known through text and voice, and some I would see for the first time. That year, one of the members that I had become extremely close to in the past year appeared on my screen. He looked just around my age, and given the way the sun seemed to rise and set in the background, he seemed as though he lived in my time-zone. I figured there was in no harm in asking, so I inquired about his age and location. Turns out, he was a sixteen year old sophomore who lived only thirty miles north of me.

As I took the escalator down to the main hallway of the bus terminal, I thought about all those stories you hear on the news — the ones about kids getting kidnapped by pedophiles. I had already seen his face, what was there to worry about? My mind went back and forth as I slowly shuffled my way down the escalator. A few feet away was a teenager who was just as nerdy as I was.

One of the closest friendships I have today was only possible through the Internet.

Friendships through the Internet are becoming more and more prevalent today. Communities have existed online nearly since the creation of the Internet. However, only recently, has it become common for many real world friendships to form through the web. Despite the negative press that meeting up over the Internet gets, the web is now a popular and respectable way to meet new people.

The social news site Reddit.com is used primarily to share hyperlinks to interesting or funny articles and photos online and to foster discussion about them. The site exploded in popularity toward the end of the 2000s, and is currently home to millions of users. Strangely enough, a site based around social news has become a creator of real world meet-ups. Every third Saturday of June is a self-proclaimed Global Reddit Meet-up Day, where across the world, thousands of “redditors” decide to leave their homes to go mingle with people from the Internet. Colleges across the United States also have their own Reddit meet-ups. The majority of these users are 18-30-year-olds, many of whom share similar interests. Due to the sites’ massive user base and its use of screen names, it is difficult to identify anyone on such a large space, let alone create any sort of tie. However, people seem to inevitably want to meet their peers offline, even if they haven’t written a single word to them online.

This desire to meet people online has become so prevalent that a website, Meetup.com, exists for the sole purpose of meeting likeminded people. On it, users can create groups based around a specific activity such as board gaming, books, hiking, or even an official Reddit group for a city. Time and time again, I hear stories about how lonely New York City was until someone used Meetup.com. What is especially amazing is that many of these meet-ups aren’t limited to major cities. Even my own county in New Jersey possesses nearly a hundred groups for people of many different ages and interests.

These kinds of relationships are unique thanks to the way they are shaped by the nature of online communities and the nature of the Internet. Before the Internet, many friendships were forged based on the location that one lived in. One would get to know their neighbors and other members of their communities. For example, at college, freshmen tend to befriend and stay closest to the people within their own dorms. These are known as communities of place. The ability to meet others online is not bounded by space or time. Communities rarely form out of place, and instead form out of common interest. I met my close friend through a community that existed out of a shared interest for a dated video game. Reddit itself is very much geared to the interests of the college-aged Internet generation, and Meetup.com exists in order to create communities of interest. These communities are extensively easier to find and form on the Internet as many are only a search query away.

The growing prevalence of these online interactions turned real-world meet-ups is a significant sign of how extensively the nature of human relationships are changing. The way close relationships in one’s life can form is made several-fold easier. Why waste time talking to random people at a bar or party to only discover that you have absolutely nothing in common with them, when you can go online and easily find people you know you will get along with? It is possible that these online meet-ups could give way for communities of interest to be the primary way for friendship creation. Further, it is possible to imagine that the Internet generation is one progressively less openly social to the people physically around them.

Friendships built thanks to the Internet are a relatively new phenomenon that has only become commonplace in the last decade. Despite its short existence, it already has had a massive impact on the way my generation builds its relationships. Whether it is an existing friend on an online community, or anonymous members of a large community, it has become a fantastic and easy way to meet people of similar interests and ages offline. It offers people living miles apart who never would have otherwise met to have a real world friendship.

Charles is a Senior at Rutgers University studying Sociology and Communication. Growing on plenty of Sci-fi, he has chosen to study the Internet and its effects on people, relationships, and society. He loves to cook, go to concerts, fashion, watch indie films, and play plenty of board games and video games. On the side, he loves reading philosophy and is completely encapsulated by cyberpunk fiction. He hopes he can provide some interesting insights into the ever-changing world of the Internet.