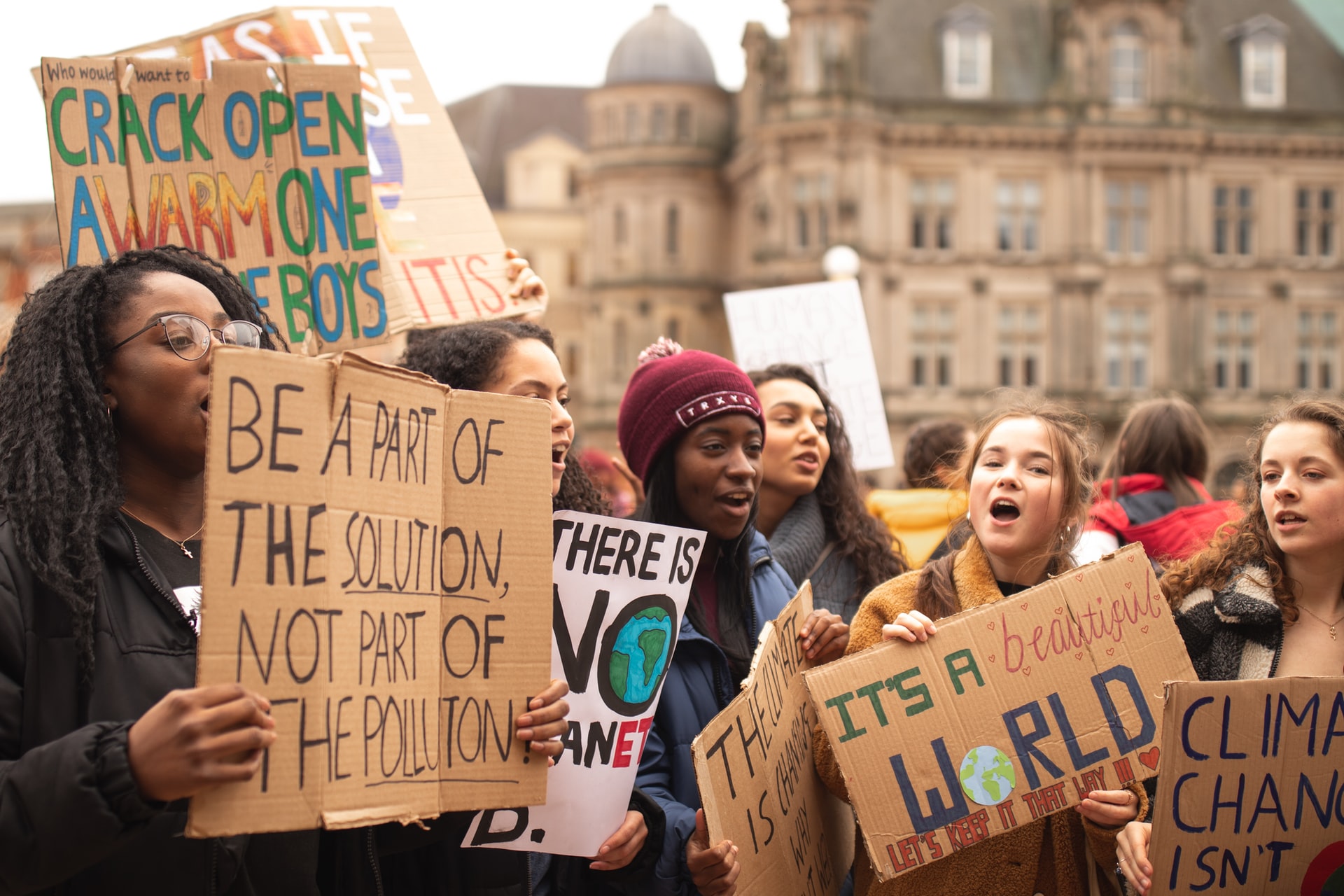 According to Gen Z and Millennials, there’s a big difference between their eco-unfriendly choices and a brand’s…

Gen Z and Millennials are strong in their values; YPulse data has long shown they care about a huge range of causes, and the environment has been amongst the top of their list for some time. They also believe their generations are the ones who can and will enact change. In the case of climate change especially, the majority of young people (68%) agree “My personal behavior has the potential to help stop climate change.”

So it’s no wonder that it puzzles older generations that young people continue to shop fast fashion, even as 64% of those shoppers agree fast fashion is bad for the environment. How do they justify their eco-unfriendly purchases when they claim to care so much about eco-causes? Their behavior starts to make more sense when we look at how they feel their individual actions are impacting the world in comparison to larger entities.

In our most recent trend report, The Cause Conundrum, we asked 13-39-year-olds about different actions, taken by themselves and those with more spending power, and asked them to decide if these actions were “fine” or “criminal.” The difference is telling of their beliefs about  who is making more negative impacts on the global scale:

These generations don’t think that individual consumers are the ones committing climate crimes: 83% of young consumers tell YPulse a person purchasing from fast fashion stores is fine, not criminal. Three in four young people agree they don’t make enough money to always shop their values—meaning they continue to buy from companies that fit their budget rather than their moral or ethical standards. Of those who shop fast fashion, 63% agree it’s because it’s all they can afford. These gens are stuck in a Cause Conundrum: they want to make choices that help better the world, but they just don’t have the money. And to them, shopping within their means doesn’t make them climate criminals. Instead, they take issue with companies (and individuals) with the ability to make those changes who choose not to.

Part of their views are wrapped up in their complicated love for this kind of clothing. They live in a time of rapidly changing trends, especially on social media, and many of them want to be able to keep up without having to spend a lot, making fast fashion their best friend. Brands like SHEIN, Forever 21, H&M, and Zara update their styles constantly at low prices. But even for those not just looking for their niche style pieces, these shops simply make fashion they enjoy more affordable, which YPulse data shows is their top priority when they’re buying a product.

However, that doesn’t release the companies from responsibility; 71% of young people say a retail brand producing millions of pounds of clothing waste is criminal. And they know that this is really happening: popular social media accounts like @chnge (2.3M followers on Instagram) give them information about waste in the fashion industry. Chnge is also a sustainable clothing brand of its own, and their website’s “purpose” page states “80% of all clothing produced ends up in incinerators or landfills,” while the other 20% are recycled. The EPA estimates in 2018 “the recycling rate for textiles in clothing and footwear was 13 percent,” resulting in a total of millions of tons of waste.

So when it comes down to it, these young consumers want to do their best, but are limited by their budgets. While believing in themselves as changemakers, they see companies doing more damage, so they let their shopping habits slide. In fact, given their limited options, 63% of young people who shop fast fashion say they don’t feel guilty about it. And, 54% agree “I am not going to save the planet by not shopping at fast fashion stores.” What they really want is brands to give them better options, like resale platforms and sustainable lines within fast fashion shops, and to make donations to help fight climate change.

The extremely wealthy have big responsibilities, too, not just brands

Beyond obviously negative actions like brands producing clothing waste, young people think even extremely wealthy individuals have a responsibility to make more climate conscious decisions. One action they find especially problematic from celebs and influencers is using private jets for travel, which they view as much different than a typical person traveling:

The majority of young people say it’s fine for a person to take multiple flights a year, but 42% say it’s criminal for a billionaire to take a 20 minute flight on their private plane. Controversy has sparked about it several times in recent months for celebs like Taylor Swift and Kylie Jenner. Jenner sparked the mass coverage when she posted a pic with Travis Scott between two private jets, captioned “you wanna take mine or yours?” The overwhelmingly critical response even went so far as calling her a “full time climate criminal.” The Twitter account @CelebJets went on to expose Jenner’s frequent (and only minutes long) flights, but soon after revealed she was not the worst of celebs with this habit. The account found in August that Taylor Swift’s jet had been responsible for an estimated 8K tonnes of carbon emissions in 2022 alone. Though her publicist claimed she loans out the jet often, the social media response was enough to see how nearly half of young people could label these actions “criminal.”

It should be noted that young people don’t think these harmful actions cannot be rectified: while they dub wasteful actions criminal, 70% tell YPulse a company can make up for the negative effects they have on the environment if they offset it by doing something positive for the environment. Companies who offset their actions with investments in green energy, sustainable causes, donations, and more can consider themselves “net zero,” or equal in their actions (though making a positive change overall will surely win these young gens’ favor). And, according to YPulse’s Celebrities and Influencers report, 48% of young people say a celeb caught in a controversy should acknowledge the controversy and take responsibility, and 29% say they should explain why they will never do the controversial action again.

Ultimately, brands need to understand that young consumers don’t think their own actions are the ones contributing to climate change–they are placing the bulk of the blame on corporations and the entitled, and they expect these forces to make changes. They want to support brands who help them make sustainable choices while also being budget conscious, so brands who want to make loyal customers of these gens need to take their values seriously.