POV: You Saw This TikTok Trend on The Viral List 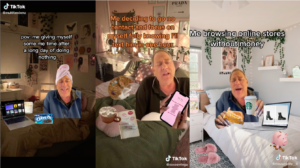 TikTokers love a POV video, evidenced by the 640.5B views under the hashtag #POV. It’s used for everything from a travel brag, to funny scenario skits, or even full-on acting. But recently, the most trendy POV is a teen girls’ bedroom in different moments, to the tune of a song cover by TikToker Rodger Cleye. Nearly every video has a different song, but are all united under the hashtag #RodgerCleye, which has 585M views of its own, almost exclusively full of videos in this trend.

Cleye, older than the typical TikTok creator at 56, has gained popularity on the app for sharing videos of himself singing, often at request these days. His 2.4M followers enjoy his covers of everything from Drake to Taylor Swift (a favorite of Cleye) to Phantom of the Opera. They pull their favorite cover of his for this trend, overlaying him singing onto an edited photo of a bedroom, complete with every item they have in the specific POV. “POV: me after deciding to become the best version of myself at 3 am” has all the “it girl” items and Cleye in a towel hair twist singing “P Power” by Gunna, and is topping the trend with 2.1M likes. Others show Cleye singing “Teardrops on my Guitar” in a cozy room with a PSL, streaming Gilmore Girls in the POV “me as soon as I see a drop of rain.”

Even though a lot of the videos are from the perspective of bad moments in relationships or a self-care Sunday, the silly nature of this trend makes it brand friendly. Because so many of these POVs include products relating to the vibe of the room, any brand could collage a moment to match up with a Cleye cover. Essence Cosmetics took advantage of the get-ready POV, showing Cleye singing Justin Bieber’s “Boyfriend” with eye masks and a bowl of lip balm with the caption “POV: you walk into an essence fan’s room.” Even entertainment sources like Pop Buzz could get in with a good meme of Cleye donning emo bangs, singing Fall Out Boy’s “Sugar We’re Going Down” in the POV “you caught me editing my myspace profile html in 2006.” Hair dye brand Good Dye Young got to use a video of Cleye singing “Decode” by Paramore—whose lead singer Haley Williams owns the brand—while dyeing his hair orange in the shower.

Velma from Scooby Doo is gay, and even Google is excited about it

It’s long been rumored on the internet that the problem-solver of the Mystery Gang was queer-coded, but now it’s been confirmed. In a viral clip from the new “Trick or Treat Scooby Doo!” Velma is shown blushing with glasses fogged up when she meets the character Coco Diablo. Her analytical perspective identifies positive things when she sees her: “Incredible glasses!”, “Obviously brilliant!” and “Loves animals!”

​​YPulse’s Representation in Action trend report shows 26% of Gen Z and Millennials want to see their sexual orientation represented in the media they consume, and judging by the response on social media, this has been a huge win. One viral, celebratory tweet with a video of the scene attached has gained 239K likes, and over 6M views on the clip. In the responses, the user follows up saying “The way I could actually cry about this like her finally being canon in the movies not just in mystery incorporated show makes me so unbelievably happy :,).” Even Google got in on the celebration after the news; a search for “Velma” would result in an animation of lesbian pride flags and progress flags raining down the screen.

Though writers and producers of the show and movies have said for years that they aimed to make Velma explicitly gay, the character’s identity was always “watered down” until the representation was ambiguous or completely naught. But, for viewers having identified Velma for themselves as a gay character for years, this confirmation was incredibly meaningful. For some, this is an exciting new example of representation, and for those who saw themselves in Velma while watching the classic Scooby Doo shows and movies, it’s a validation that this character is who they hoped. 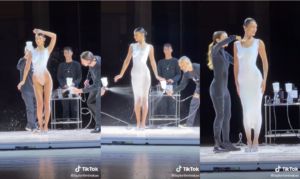 YPulse data shows that the majority of Gen Z are not following traditional pop culture events closely. That is, unless it’s share-worthy. And now, that means it needs to be on their favorite social media platforms (read: TikTok). So while our Pop Culture Redefined trend report found only 24% of young people say their generation cares about big fashion events, this season’s Paris Fashion Week was all over their For You Pages. As an official partner, TikTok was a real part of this event, meaning young users were more likely to be seeing content about it. Between videos of the shows themselves, backstage moments, and celebrity sightings, the hashtag #ParisFashionWeek totaled up 2B views.

The top viral moment came from one especially innovative runway: Coperni sparked Gen Z’s interest by spraying a dress directly onto Bella Hadid. TikToks of the event have millions of views and likes, with many viewers in disbelief of how it’s even possible, but others simply in awe of Bella Hadid’s role in fashion. While Gen Z are not often engaging in these mainstream luxury events (at least, not like they are in the metaverse), Coperni’s viral moment shows innovation reels them in. YPulse data shows that 46% of young consumers would keep loyal to a brand who comes out with new, innovative products, and 73% of young consumers consider a brand innovative if they experiment with new technologies—like the spray-on, reusable fabric.

The other focus of the week was on their favorite celebs and influencers’ runway-side looks. Gen Z favorite Emma Chamberlain received 1.3M likes on a post wearing Louis Vuitton and a TikTok of Jaden Smith, another Gen Z style figurehead, got 1.9M likes in LV as well. TikToks of K-pop idols from BlackPink, amongst other groups, rose to the top of the trending hashtag as well; YPulse knows Gen Z are lovers of global entertainment and celebrities, so this international fashion summit let them get a glimpse at all their favorite icons. 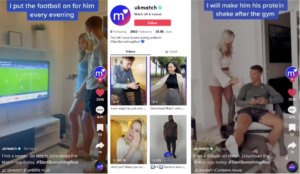 A Match.com TikTok ad was banned for perpetuating gender stereotypes

A TikTok ad from the dating site Match.com went under fire this week and was later banned over sexist stereotypes. YPulse data shows TikTok is the place for brands to be if they want to catch young consumers’ eye, and the top place they last saw an ad, but Match.com made a mistake in what kind of content the younger gens want to see. The ad campaign, which was actually three parts, was shamed for one captioned “Things that make him realise I’m a keeper,” showing a woman performing subservient acts for her partner. Things like putting the TV on for football, ensuring a fresh towel and socks are ready after his shower, and preparing a protein shake whilst he relaxes after a gym workout lead to Match ending the ad with the caption “Find your keeper via Match. Go download the Match app today.”

Match.com says the reason behind the “find your keeper” series was to show the little gestures that are integral to a successful relationship, and other parts showed role reversal. But though it’s been taken down so comments are no longer available, it’s clear the viewers didn’t see it that way. One viewer even reported the ad to the Advertising Standards Authority (ASA), which introduced rules to reduce gender stereotyping three years ago. They deemed the ad harmful and offensive for perpetuating negative gender stereotypes that a woman should “prioritise her partner’s needs over her own.”

YPulse’s Gender Blur Trend Report shows Gen Z and Millennials have been redefining what traditional gender roles they believe in, and ads like Match’s go against the gender fluidity future younger gens aspire to. Gender equality is also one of the top social causes young Europeans care about the most, and 59% of young consumers want brands to actively support their social causes too.

Also in Western Europe: Tesco is using TikTok to find the voice of self-checkout, and Dorito’s is aiming for Gen Z with their new pepperoni pizza flavor

TikTok: A son made his father’s 15-year-old clip of an Orthodox Jewish boys choir viral

TikTokers are after the perfect Caesar salad

Food: McDonald’s employees are already over people ordering the adult happy meals, and it hasn’t even been a week

Celebs and influencers: Popular Minecraft streamer “Dream” has finally revealed his true identity, but the influx of negative responses shows exactly why some creators remain anonymous

Gaming: Some highly anticipated games will cost more than $70 as gift-giving season approaches

Rimmel London has been certified cruelty free by Leaping Bunny 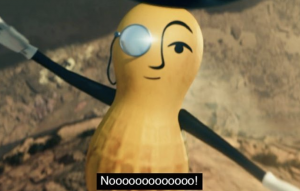 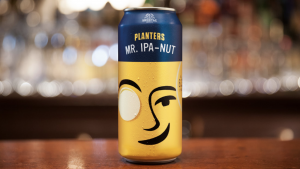 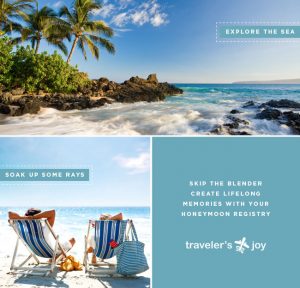