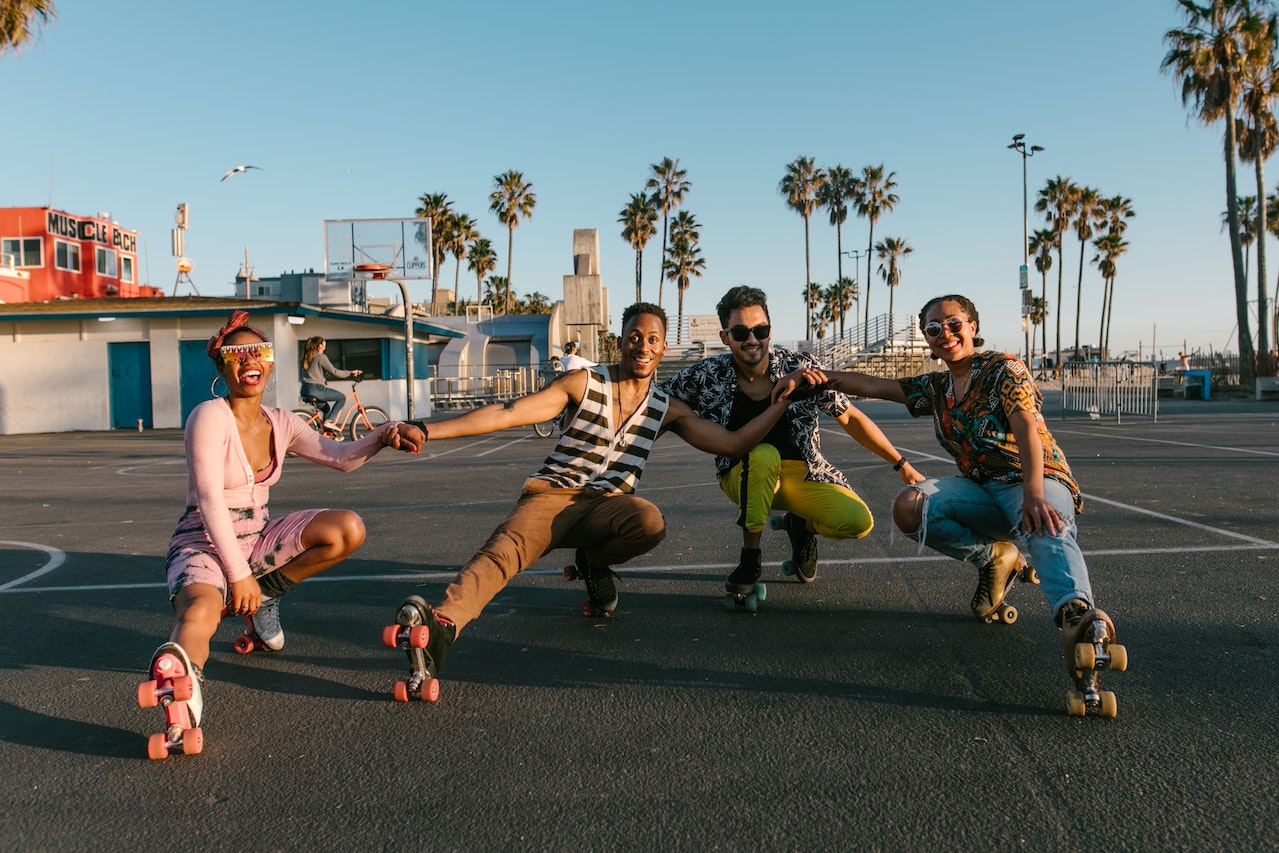 Gen Z and Millennials are the most diverse generations to date, and winning their affinity means taking the time to consider the different needs of different demographics within the gens. Half of young people now are part of Black, Indigenous, and People of Color (BIPOC) communities, so it’s integral that brands understand these consumers’ wants and needs. YPulse breaks down the differences between BIPOC young consumers and their White / non-Hispanic peers in our BIPOC X Brands special report, and shows how diversity can be a defining factor in a brand’s success now.

Through YPulse’s Brand Tracker, we monitor the brands rising to the top of young consumers’ affinity through twenty diagnostics, including “expresses who you are,” “trustworthy,” and the increasingly important trait, “reflects diversity.” All of these attributes are rolled into their YScore+, and this year’s report shows that brands who rank high for BIPOC youth in reflecting diversity see a direct reflection in their overall YScore+ ranking. These are the top brands BIPOC youth say reflect diversity this year: 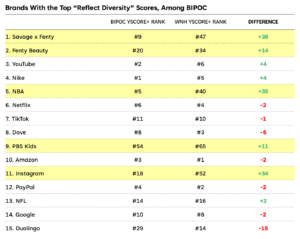 Many of the brands that young BIPOC rate high for “reflects diversity” rank significantly higher overall for BIPOC than WNH youth. While many of these brands have been rated high for reflecting diversity by all Gen Z and Millennials in the past, their inclusion clearly makes an impact on BIPOC youth. There’s a few factors that define these brands as diverse in their minds; YPulse data shows 89% of BIPOC consumers believe there are steps brands can take to reflect diversity and be more inclusive. Chief among these actions is having a diverse staff / hiring diverse employees, followed by featuring diverse models and actors in advertising. This shows that while seeing people who look like them in a brand’s marketing is important to BIPOC youth, knowing that brand does just as much internally to have diverse voices is even more telling of their commitment. Many of the brands on this list also appear in the top brands BIPOC youth tell YPulse they’d like to work for, meaning their brand affinity goes deeper than purchasing intent.

Some of these top brands—namely YouTube, TikTok, and Instagram—are reflect diversity because of their users as much as their actual brand. While any brand can show diversity in advertising or create inclusive products, these social media platforms have democratized content creation: anyone can go viral and gain an audience, and diverse creators are not held back. YPulse data shows that 70% of BIPOC youth create content for an audience broader than just friends and family, compared to 61% of WNH youth. In a way, they’re already working with these brands, being a part of their diversity as much as they see it. BIPOC youth are also more likely to be influenced by ads from social media influencers, so other brands who want to tap into this can make sure to work with a diverse range of young consumers’ favorite creators.

Of course, the brands dominating all young people’s affinity (YouTube, Nike, Netflix, TikTok) are scoring well for reasons beyond diversity. But for other, more niche brands that put diversity at their core, it’s truly making a difference: like Savage x Fenty and Fenty Beauty, Rihanna’s diversity-focused intimates and beauty brands. These two brands top the list of brands BIPOC young people say “reflects diversity” and this attribute appears to be responsible for some major differences in BIPOC young people’s overall affinity for the brands as compared to White / non-Hispanic youth. Savage X Fenty, at no. 1 on the list, ranks 38 spots higher compared to White / non-Hispanic. These brands also manage to rank higher than top overall brands, including Nike, who have frequently been recognized for their dedication to diversity.

What makes these brands stand out is how integral diversity is to everything they do. Diversity isn’t a campaign for Savage X Fenty, who have shown models of all skin colors and body types from the very beginning. Fenty Beauty was also lauded for offering an unprecedented 40 tones of foundation on day one, in all 17 countries the brand launched in, starting what’s called “the Fenty Effect”—since then, other major cosmetics brands have been pushed to offer the same inclusivity in their makeup lines. And other brands, like Victoria’s Secret, have seen what making diversity a core value has done for Fenty, and stepped up their game to meet the new standard.

Sports leagues can have more than just diverse players

When it comes to sports leagues, the NBA has been topping BIPOC affinity lists for years. BIPOC youth are more likely to consider themselves sports fans than WNH youth, and are significantly more likely to name basketball as their favorite sport. The league consistently ranks high for young BIPOC in both overall YScore+, but is not the only one winning their affinity. This year, the NFL has risen through their ranks—up from 27th to 14th in overall YScore+, and now makes 13th on brands that reflect diversity. This is an impressive jump given the league has seen its fair share of conflict over their diversity (or lack thereof). But, YPulse data shows 80% of BIPOC Gen Z and Millennials agree, “older brands and services can adapt to become better at representation,” and the NFL has proved successful.

In order to regain the trust and affinity of young BIPOC, the league has made pointed efforts to meet their standards of diversity. Given that representation within employees is so core to BIPOC youth in order to be a diverse brand, the NFL has taken big steps to implement strict diverse and inclusive hiring standards. In May, they instituted a Coach and Front Office Accelerator program that invited more BIPOC members of the league to meet potential future general managers and head coaches, aimed at opening the range of voices being heard within the leadership hiring process.

More publicly, their marketing efforts have clearly been aimed at showing BIPOC viewers that they can reflect diversity better than in the past. The league has been spotlighting BIPOC artists during the Super Bowl for the last few years, and it’s notable that this year’s Half Time act is Rihanna, who was reportedly first offered the gig back in 2019 but passed due to the league’s treatment of Colin Kaepernick. Her acceptance could signal positive progression for the NFL in terms of perception among the BIPOC community (especially given their love for her brands). YPulse’s data backs this positive progression up: the league’s scores for “reflects diversity” has risen +15pts in the last year, up to 48% in Q2 of 2022, nearing the NBA’s current rank at 51%. 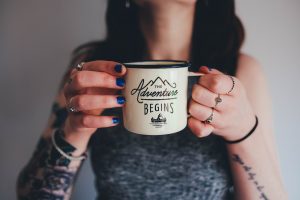