4 Food Influencers Millions of Gen Z and Millennials Are Watching 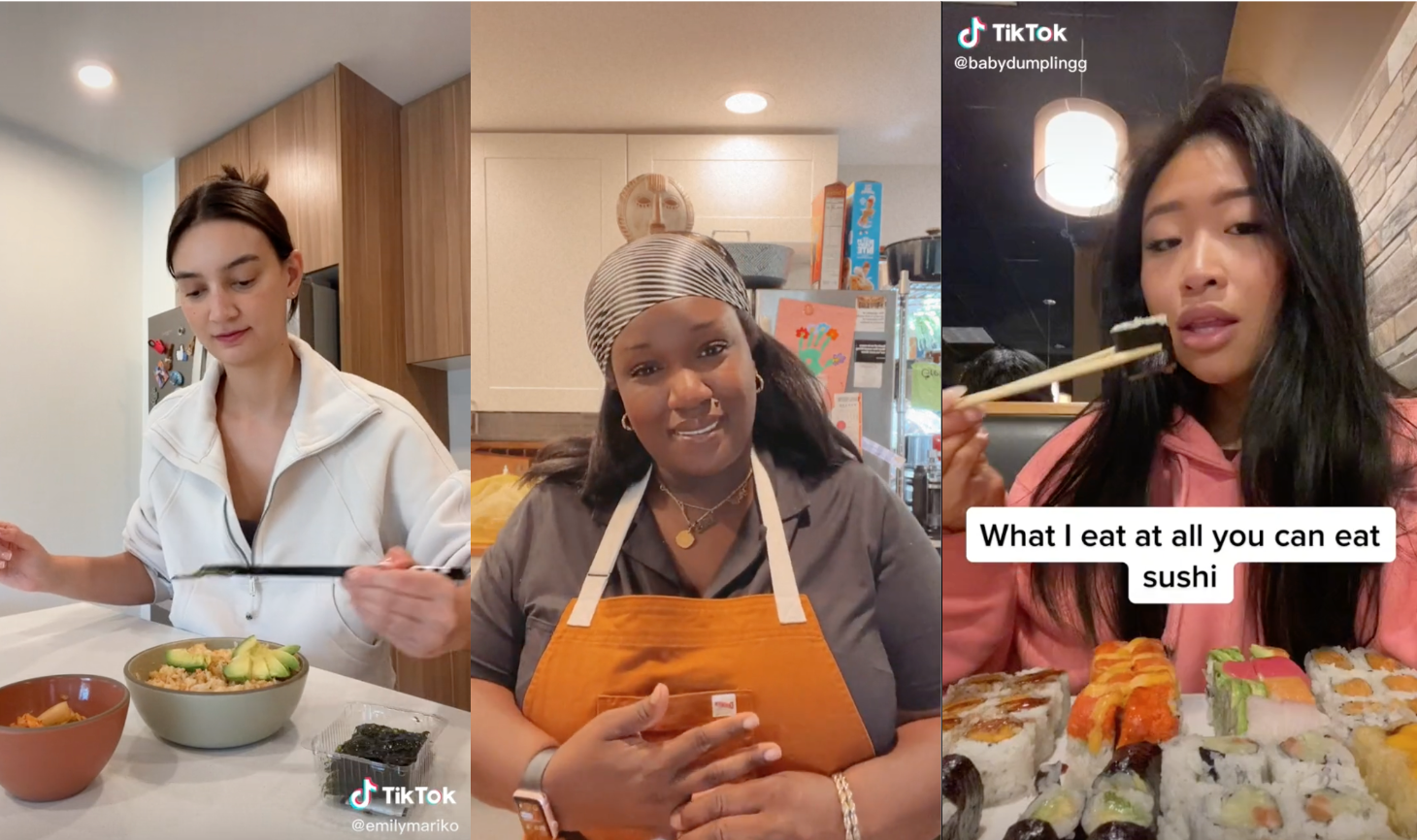 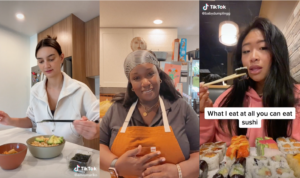 Foodie culture looks different than it used to, and these food influencers are keeping up with the trends…

There are tons of food content creators on social media, so standing out from the crowd can be a challenge. YPulse’s newest trend report, The End of Foodie Culture (As We Know It), shows that Gen Z are less likely to consider themselves foodies than Millennials, and less interested in foodie content on social media. Which makes it even harder to gain a dedicated social media following as a food influencer.

But, those who find their niche and take a new approach are finding success . So, while many of them haven’t been making content for as long as say, celebrity chefs or even popular food YouTubers, many are earning millions of followers. And some of these trending food influencers aren’t even making food.

And while YPulse data also shows the number of followers a person have doesn’t effect how much young people trust them, the massive amount these food influencers have says a lot. On TikTok, many users simply “trust the algorithm to bring them back,” so when they do give a creator a follow, you know they really want to see their content. The most viral food influencers, who also retain an impressive following, manage to tap the different foodie interests of both generations. These four food influencers are some of the younger generations’ favorites, and you should keep your eye out for them, too: 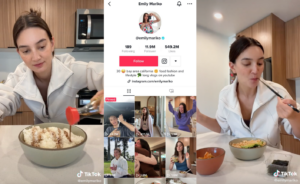 Perhaps TikTok’s most popular food influencer, Emily Mariko is famous predominantly for her ASMR style cooking content. Mariko has been making content for years now on YouTube (where she has 600K subscribers) and Instagram (1.2M followers), but she became well-known on TikTok in 2021 when she posted her infamous salmon-rice bowl recipe. The recipe went viral—in a matter of weeks everyone was reheating rice and salmon with a piece of ice and wax paper. While she still remakes it often, to the delight of fans who comment things like “Babe wake up, Emily just posted a new salmon rice video” and “never gets old,” her other videos show off her variety of homemade meals, along with grocery hauls from the farmers market and Japanese specialty stores.

Unlike many other popular cooking content creators, Mariko never narrates the directions to the recipe, and instead lets the closely recorded sounds of the kitchen speak for themselves. YPulse data shows Gen Z especially loves “oddly satisfying” food content, and ASMR is incredibly popular. By creating the satisfying food videos preferred by Gen Z and making recipes Millennials can follow, Mariko has tapped the intersection of these gens’ interests, securing her viral status over and over. Her content is so popular, in fact, that she never uses hashtags, or even captions on her videos, because her following on TikTok means she doesn’t need to do anything extra to keep up her views. 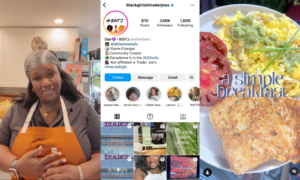 Over on Instagram, the account @BlackGirlsInTraderJoes shares TJ’s favs and recipes, and to a huge audience. When the page was first launched in 2020, it amassed 50K followers in just two weeks—a testament to how many people were looking for this content. According to YPulse research, 68% of young Black people consider themselves foodies, as compared to 57% of their White/non-Hispanic peers. But, it appears that #TraderJoes content, which is super popular for foodies, didn’t have the kind of diversity that creator Mercedes Davis (the account’s founder) would hope for.

“Before BGITJ there were no Black or brown hands showing the products,” Davis told Today. But, her page has inspired others to make #BlackGirlsInTraderJoes content. On TikTok, the hashtag has 6 million views, including videos of grocery hauls and reviews of items like Trader Joe’s “jollof rice.” According to Davis, “It was a niche that needed to be filled and I love to see other pages growing because of Black Girls in Trader Joe’s. There’s room for everybody.” 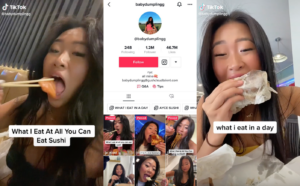 One of Gen Z’s favorite kinds of food content is “what I eat in a day” videos, and that’s why TikToker @Babydumplingg has racked up 1.2 million followers in just a couple years. The NYC-based influencer is known for videos showing all she eats at different restaurants—the first kind, and now most popular, being “What I eat at all you can eat sushi.” The videos are a montage of every bite she takes, of the huge plethora of food she eats in one sitting, with each item narrated by the text-to-speech captioning on TikTok.

Some other viral videos (among many) include “What I eat at dominos” (14.4M views and 1.6M likes), in which she enjoys two medium pizzas and pasta all by herself, and “What I eat at Applebee’s” (8.6M views and 1.3M likes), an #ad for their cheetos menu. So, even though it may sound crazy to first-time viewers, for Gen Z, these videos are legit entertainment, but also a relief from food content centered around suggested diets. On one video, where she shows her feast at Texas Roadhouse, a top comment reads “Wish everyone’s ‘what I ate’ was this positive 🥰.” 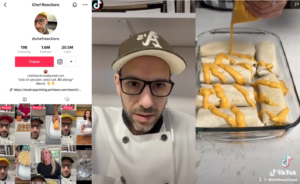 There’s plenty of foodies online who aren’t posting just cooking content, or even eating content. Some, like @ChefReactions, have gained their following just by reacting to other creators’ food content. While the name of this chef, and where exactly he is one, is unknown, his followers don’t seem to pay it any mind, as they love his critical commentary. His bio reads, “*side of sarcasm, extra salt, BS allergy*” and accurately fits his dead-pan critiques in each of his stitched videos. One recent video, a reaction to the making of a chocolate sculpture, begins with the chef saying, “ah man, what now.”

Many of his most viral videos stitch food creators who try highly unconventional recipes, or “food hacks,” to which he is highly judgemental. But, even after asking, “Why? Why would you do something like this?” and rating a video one out of 10, the chef still says “I’d try it.” Others, however, rate recipes he deems perfect, and his commentary notes how bad he feels about himself as a chef in comparison (with no emotion in his voice whatsoever). The totally predictable format is working, though. Viewers are even excitedly waiting for his merch brand to launch: a series of t-shirts and hats with a logo of his glasses and hat combo found in every video.