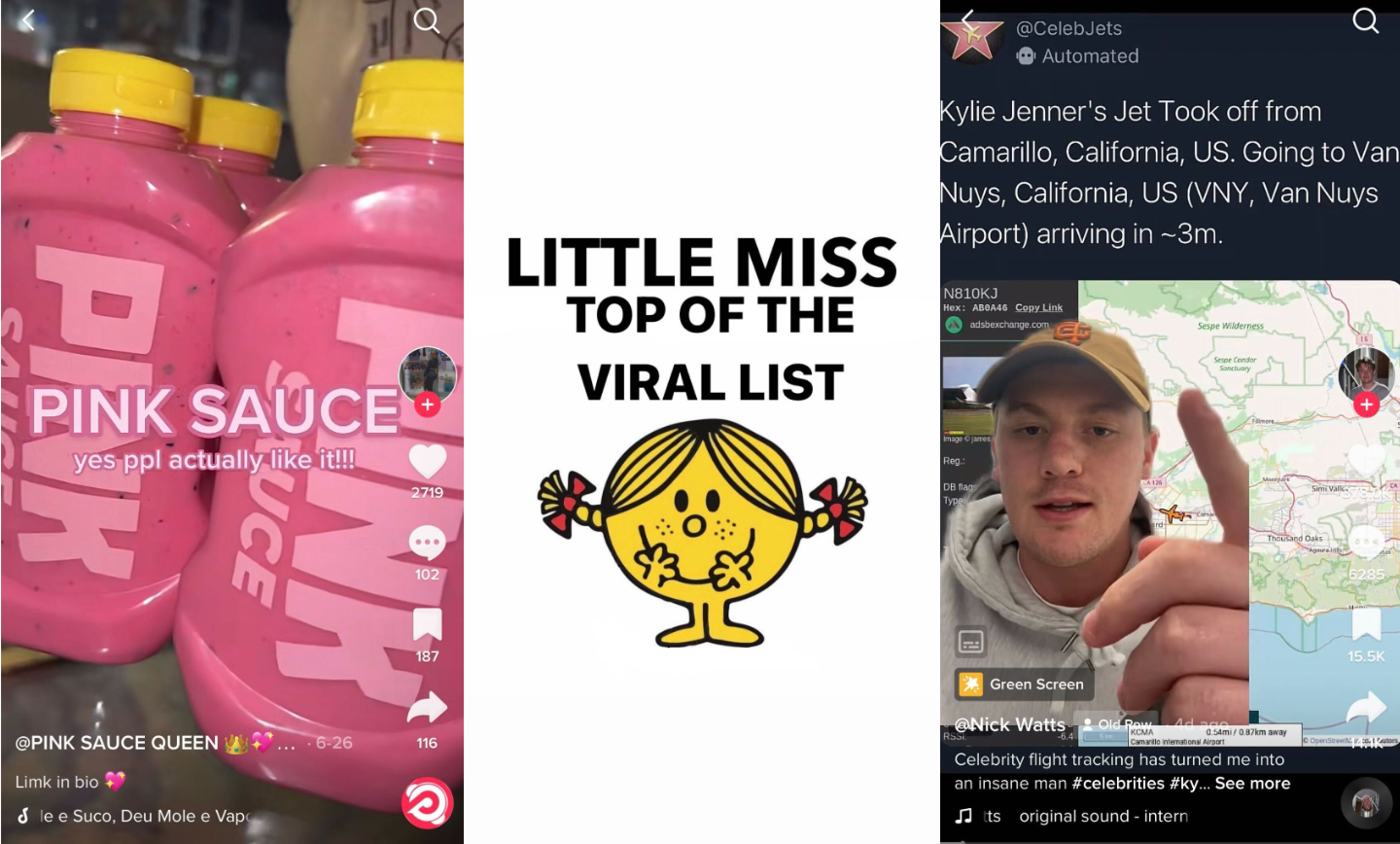 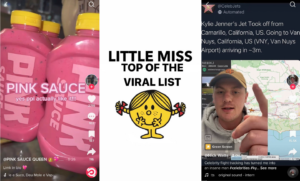 Viral memes need to be one of two things: super relatable or easily reusable, and this week’s top trend has both. These highly customizable images (all that needs to be changed is the plain text) have been popularized this week on Instagram and TikTok to the tune of Pharell’s “Cash In Cash Out,” as creators define their personalities, friends, and even exes through different Little Miss or Mr. Men characters.

The characters originate from a 1970s book series, but their actual names don’t matter at all. What does is what hyper-specific trait has been tacked onto the friendly looking children’s characters—which are largely coming from Instagram accounts @Starbucksslayqueen and @Littlemissnotesapp. Each new carousel of characters gets more niche: Little Miss Cries When She’s Mad, Mr. Sleeps Through Alarms, Little Miss Brown Sugar Milk Tea with Boba, just to name a few of thousands.

Which ones are most popular are telling of the younger gen’s sense of humor, and brands who pay attention can easily tap into this trend before it gets old. Most of the memes are somewhat sarcastic or even self-deprecating, making light of traits older gens wouldn’t want to publicize (Little Miss Bad Credit, Mr. Scared of Elevators). Brands show they know their demographic when they do it right, like E.L.F Cosmetics, who posted “Little Miss unwashed makeup brushes” and the youth-led Sunrise Movement’s “Little Miss Radical Advocate For The Green New Deal.” 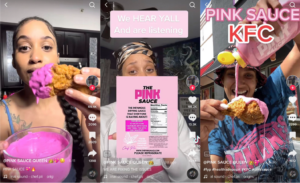 What Even is “Pink Sauce?” And Why Does Twitter Hate It So Much?

Last month, a private chef from Miami started posting about her new Millennial-pink creation, dubbed accurately, “pink sauce.” What exactly is in the sauce to make it pink was at first a mystery, and viewers were skeptical when it changed hues video to video. Chef Pii released the ingredients on her TikTok (which has racked up 50K followers since the intrigue of the sauce began) and says it contains dragon fruit (there’s the pink!), sunflower seed oil, honey, chili and garlic.

Ever since the sauce became available for purchase on July 1, it’s been under virally intense scrutiny. Before anyone could receive it to review the actual taste, which had never been described in Pii’s TikToks, they had to pay $20 plus shipping. Across the internet, people are questioning its lack of preservatives, the details on the label and how it could possibly be shipped safely in the recent heatwave.

The labeling issues were addressed in a TikTok where Pii apologizes repeatedly for the mistake—the bottle had been labeled as containing 444 servings (a nod to recently mainstreamed “angel numbers”), instead of its 30 servings in the 444g bottle. Still, thousands of tweets are questioning whether the sauce is even edible, so many that the sauce is now undergoing lab testing to certify it feets FDA standards.

Also in food: TikTok can’t get enough of cowboy caviar, YA author John Green has launched Awesome Coffee Club, and McDonald’s has launched a rewards scheme with the help of Aitch 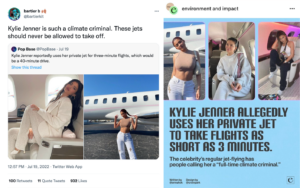 Celebrities get unnecessary hate for little things, sure, but sometimes the cause behind their negative comments aren’t just petty. This week Kylie Jenner posted a pic with Travis Scott between two private jets, captioned “you wanna take mine or yours?” Though she has been a consistent subject of criticism in the media over the years, this post sparked a response that includes her being called a “full time climate criminal.”

80% of people have never taken a plane and Kylie Jenner is out here taking regular 10 minute flights, 5 flights in the last week under 30 minutes, one was 3 minutes long. Her carbon footprint for one ten minute flight, is more than some people make in a year.

YPulse data shows the majority of young people are worried about the climate crisis, and believe it is up to their generations (which Kylie is part of) to stop it from getting worse. The Twitter account @CelebJets shows Kylie’s jet frequently taking flights less than 15 minutes long, using tons of fuel to get to places 40 minutes away by driving. The popular Instagram accounts @Impact and @Environment posted a carousel publicizing Jenner’s excessive private jet use, including comments like, “but it’s us who must use paper straws,” and capped it off with a slide encouraging viewers to “Stop supporting and following influencers that promote harmful behavior.” This backlash is the result of the anger younger gens feel trying to get through to public figures in general, and is as much about their frustrations about outsized contributions to climate change among the 1% and corporations as it is about just Kylie. 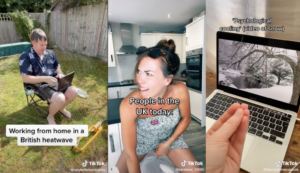 Monday and Tuesday, temperatures of 40 celsius (104 fahrenheit) hit the U.K., causing a new record, and sleepless nights, overloading on fans, and even melting roads. U.K. infrastructure is not made for this kind of heat; houses are built to keep heat in, and aircon is hard to get a hold off unless you take a day-long trip around the local Tesco. If temps like these continue, the U.K. may need to take some advice from their Spanish neighbors. Luckily, TikTok came to the rescue, offering tips and tricks on how to cool down for those struggling to cope. From putting a hot-water bottle into the freezer to staring at a YouTube clip of a winter’s day to covering windows in tinfoil, it wasn’t short of advice.

What’s come from the heatwave (apart from a new-found love for the cold), is panic about global warming. A comparison of this week’s forecast and a prediction of a typical 2050 summer has caused alarm across social media, causing many to raise further awareness on climate change and what they need to do to change the future. YPulse’s Western Europe sustainability research shows that 73% of young people in the region worry about climate change regularly, and the  majority agree “I’ve changed how I think about my future because of climate change.”  The last few days of extreme heat have amplified their fears, and created a bigger push for brands to listen to them and take action.

Gaming: The Sims 4 has added LGBTQ+ identities to their character building, and they can’t be turned off

Tech: People can’t believe how good this $25 speaker table from 5 Below is

TV: ITV is working on a “middle-aged” version of Love Island