These Are Gen Z & Millennials’ Favorite Places to Shop, Online or Off 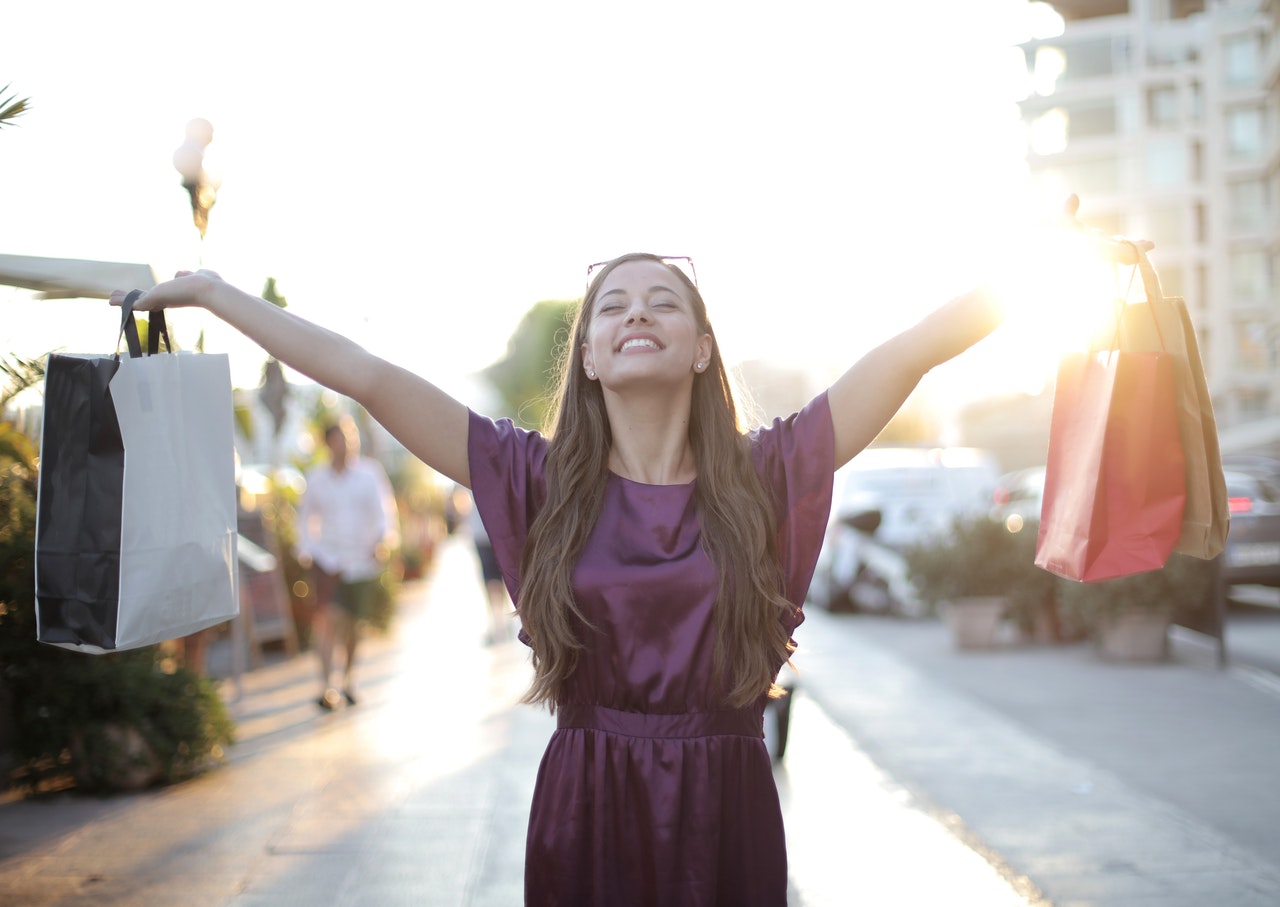 Millennials and Gen Z are the generations who grew up wearing Aeropostale and Hollister frayed logo tees, but their preferred stores have changed quite a bit since then. Judging from their social media activity, some might believe that these gens are all only into conscious shopping, or die-hard loyalists of the secondhand marketplaces they’ve made so popular. Of course, the viral trends they’re following (which seem to change weekly) might also make you think they only have eyes for the fast fashion sites that let them keep up with the latest #core in real time. But the reality is quite different.

It seems tough to pin down exactly what store they’ll be at next, but our Mass Merch Mentality Trend Report dives into their favorite places to shop, and while preconceived ideas about their shopping tendencies might make their favorites seem like a surprise, our data makes it clear where they’re really preferring to spend: 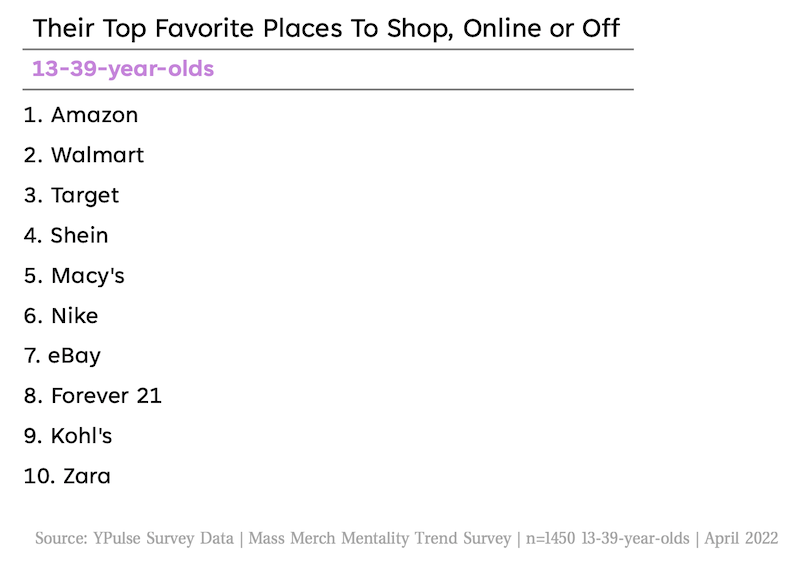 While older generations see mass merch merchandisers as places to find budget basics, Millennials and Gen Z say these are their favorite places to shop, whether online or off. Top among these shops are Walmart, Target and Amazon, all of which maintain a huge catalog rivaled by few others. Unsurprisingly, Amazon’s endless online variety has placed first as the favorite location for shopping amongst both generations.

Our report asks 13-39-year-olds not only where they’re shopping, but the equally important question: why? Of the 61% who said they shop at big box stores, their top priority is affordability, with 55% of respondents placing this need just above the access to variety. Not only can they afford the prices, they can get everything in one place- especially with the popularity of online shopping, convenience trumps most. But it’s important to note that those who name these stores as favorites also site the quality of the products and that they like the things that they find there. It’s not just budget and convenience driving their affinity.

It’s no secret that young shoppers love buying from home, with the endless options online marketplaces have to offer. Though, when asked what stores they usually shop at, 64% responded they usually shop online, compared to 70% still choosing mass merchants.

Department stores fall far behind, with only 37% of respondents identified that they shop at stores like Macy’s and Kohl’s. While Macy’s did make the top ranking of young consumers’ favorite places to shop, it’s not nearly as popular as mass merch retailers–and no other department stores made the ranking. Though they remain in top favorites, they are outranked by ecommerce marketplaces like Shein, whose draw is certainly their affordability and variety.

However, when asked where they would shop if price did not matter, department stores received equal responses to big box stores. It seems for most of these consumers it all comes down to price, which may be fueled by what Business Insider calls the “affordability crisis.” While Millennials specifically make more on average than the generations before them, they have a fraction of the spending power due to the higher costs of living. Gen Z, meanwhile, has grown up in the shadow of the Great Recession and is the first generation to be raised during the ecommerce era. Their norm is budget shopping and shockingly cheap clothing from online marketplaces.

Gen Z and Millennials top picks are the same, but hide some differences

Comparing their top five favorite places to shop by generation, we see a few major differences: Gen Z ranks Shein higher than Millennials, and don’t rank department stores at all. 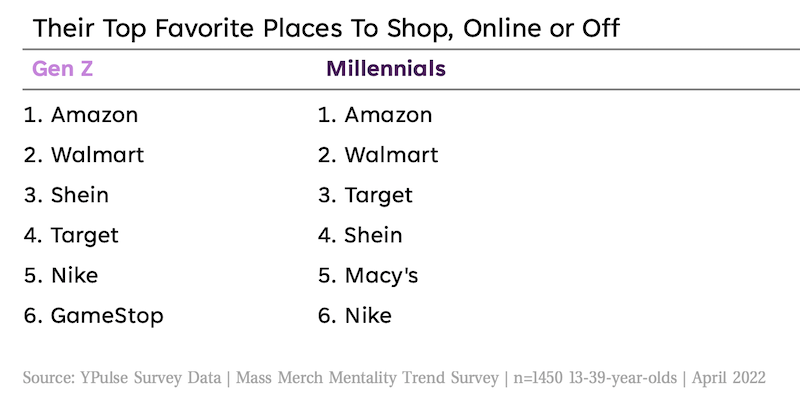 However, if price were not a concern, Gen Z respondents said they would choose department stores and specialty stores over mass merchandisers, where Millennials were still most likely to say they would choose mass merch stores even if budget was not an issue.

Their reasoning for choosing their shopping locations, while ranking in a similar order, shows a deeper difference in these generations. Millennials chose affordability and versatility of stock at 57% and 50%, but identified liking the clothes sold there at only 31%. Gen Z, on the other hand, ranked the choice of clothing at 39%, a close third to the same top two reasons. So, while Millennials may be concerned with convenience of all items, Gen Z are prioritizing affordability alongside their style.