This Site Wants to Connect Brands With Virtual Influencers 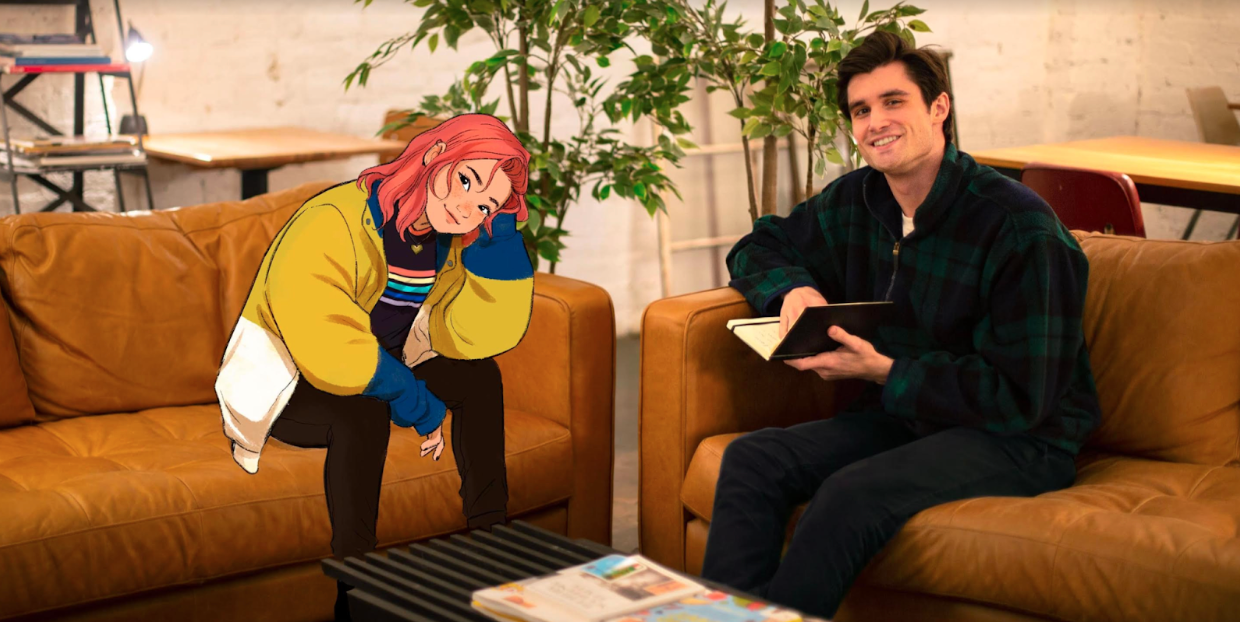 With virtual influencers set to become the next trendsetters, brands should be thinking about partnering with them—and VirtualHumans.org can help…

YPulse’s Metaverse trend report found that over a quarter of young consumers are interested in following a computer-generated influencer on social media. We’ve been keeping up with virtual influencers since they first came onto the scene several years ago, but with the expansion of the metaverse, they’re becoming even more popular. Now, brands like Prada, Samsung, and Alibaba have started working with agencies to create their own virtual influencers, who “are poised to be the new trendsetters,”according to Refinery29.  A recent study by Virtue also predicts that super-personalized avatars will become commonplace in everyone’s lives over the next three years. Among those surveyed in the study, 95% say they’re interested in buying digital fashion, while 82% say they’ve already bought some type of digital fashion. Our own research also shows that two in five 13-39-year-olds have purchased digital clothing / accessories for their avatar, signaling young consumers are already ready for the real and virtual fashion worlds to merge.

With the virtual influencer market growing fast, brands unfamiliar with the space may need help navigating the ins and outs of building and maintaining their own virtual ambassadors—and that’s where VirtualHumans.org comes in. An offshoot of Offbeat Media Group—which owns, builds, and brokers the largest native social media network of virtual influencers and helps companies develop their own—VirtualHumans.org, is dedicated to  keeping brands up to speed about virtual influencers, and even helping them partner with some of the most popular digital influencers in the business.

YPulse spoke with co-founder Christopher Travers about how the site helps brands, the future of virtual influencers, and whether young consumers are actually following them:

YPulse: What does Virtual Humans do and how did the site get started?

Christopher Travers: I built VirtualHumans.org to document, cultivate, and empower the virtual influencer industry and its creators. After an unsatisfying year diving deep into the virtual influencer industry and finding no central, clear source of information about the phenomenon, I took it upon myself to design, build, and populate a destination with everything I was learning about the industry. I wanted to give others the luxury of finding the information they need in one place, while also giving creators in the space a place to get recognized, respected, and connected to business and partnership opportunities.

YPulse: Who are some of the most popular virtual influencers today?

YPulse: Why are virtual influencers a growing trend?

CT: Virtual influencers are gaining in popularity because of an increased surge in gaming, anime, and virtual experiences in general, such as both virtual and augmented reality. As yesterday’s youngest generations, raised on the internet, age into independence, their interests gain increasing influence in the world. Virtual influencers are a summation of those interests on social media.

YPulse: As a resource for information on virtual influencers, how do you support brands?

YPulse: Our recent Metaverse trend report found that over a quarter of Gen Z follow a virtual person on social media. Are you seeing that this generation is more likely to follow virtual influencers?

CT: Yes. As a generation raised on video games and valuing each other’s digital presence, the increased popularity of virtual personas is quite a natural progression for social media.

YPulse: Let’s talk about the metaverse. What are your thoughts on the metaverse? And what role do you think virtual influencers will play in it as it continues to expand?

CT: I like the idea of the metaverse, but I have my doubts about our operating reality. I support the vision of a universal, decentralized, equally-accessible, and fully-interoperable metaverse on paper, though it’s apparent the optimal exemplar metaverse won’t be the one we ultimately achieve and enjoy, at least not this time around as we bring internet culture back to its roots and build new, meaningful experiences from there. That said, I just hope to make the most magical, memorable contributions to the space while I can and demonstrate for others what I think the metaverse should be about.

YPulse: Our trend research also found that the majority of young people think brands should hire avatars as influencers to promote their products. Why do you think it is so important for brands to incorporate virtual influencers into their marketing?

CT: People like what’s new and novel, but people love what resonates with them personally. Avatars have the potential to be both. Elevated by the gaming, streaming, and anime industries, the avatar economy is booming. The novelty of these beings will certainly wear off, but that’s when the underlying value proposition will truly begin to shine—avatars are a reflection of humanity, and in turn human interaction, both at the surface level—appearances—and the deeper wavelengths which inspire social interactions—identity. People will come to love and accept avatars as if they are human beings, because on the internet, for all intents and purposes, everyone is an avatar.

YPulse: What does a successful brand campaign with a virtual influencer look like?

CT: To me, success for a brand is better enabling a virtual influencer to express themselves while taking a back seat to that storyline. Brands should aim to celebrate and contribute to the interests of others as a means of creating true value, rather than paying out to turn the spotlight directly on the brand with no value-creation in mind. Brands should be thinking “How can I be a catalyst to further this person’s story and make their fans’ lives better at the end of the day?” In doing so, a brand will grow into their fullest value-creation potential and enjoy the fruits of that effort in the form of influence, impact, or possibly even return on investment if their message was resonant and their product ultimately value-adding. Brands should focus on creating value, not extracting it—even when advertising.

CT: Building a virtual influencer gives you an opportunity to create the utmost value for fans while controlling the story. With virtual influencer construction, you are investing in the creation of a wholly new IP capable of establishing a direct and personal line of communication with fans. Partnering with an existing virtual influencer is a fun way to empower the narrative of another while including your brand in said narrative with the hope of capturing some of the value you created, however, in the case of creating a new virtual influencer, every single positive action by the virtual is value adding to the brand. Both approaches are valuable, but think about one sort of like the value you get out of paying rent vs. paying a mortgage or in-full.

YPulse: What advice do you have for brands who are interested (or might be on the fence) in using virtual influencers in their marketing?

CT: I recommend you just give sponsorship a shot before going all out. Find a virtual influencer that resonates with your brand and identify how you can further that virtual influencer’s storyline as a brand. Does it involve rewarding their fans? Does it require involving your existing brand spokesperson in their narrative? Get creative and lean on the creativity of the team behind the virtual influencer, as they will have both constraints and ideas to help bring your brand to life, artfully, in their storyline.

YPulse: What trends are you seeing in the virtual influencer marketing space?

CT: The video medium is booming in popularity, with the most innovative teams pushing into live streaming. 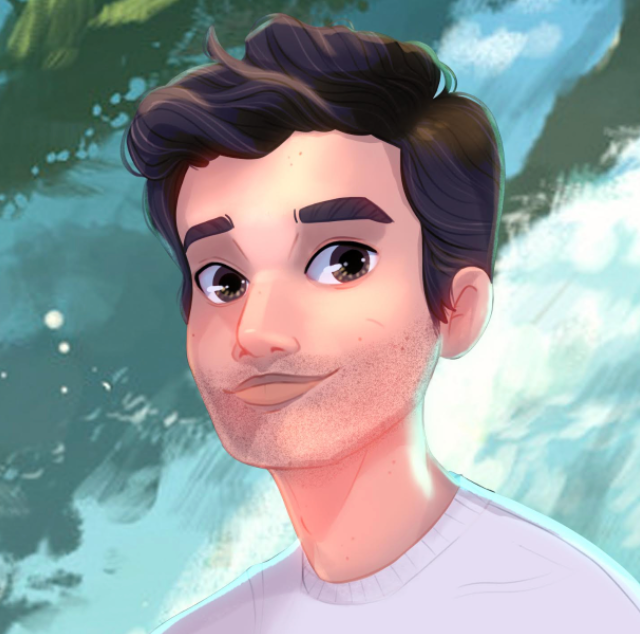 Christopher Travers is the co-founder of Offbeat Media Group and an expert on pseudonymity, having founded and built VirtualHumans.org alongside thousands of hours researching, documenting, and building in the virtual identity space. He comes from a diverse background designing, building, and growing innovative social media platforms all centering on the value of digital pseudonymity. Ultimately, Travers loves creating unmatched experiences, executing on ambitious growth strategies, and facilitating magical, memorable moments for others.