How Many Young Europeans See Social Media as a Career, in 3 Stats 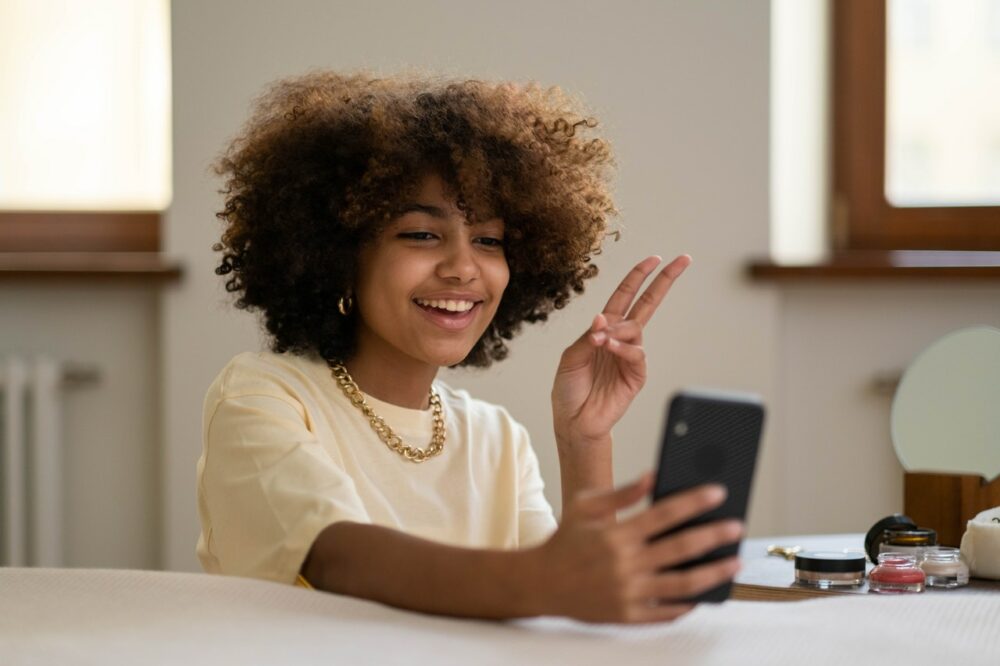 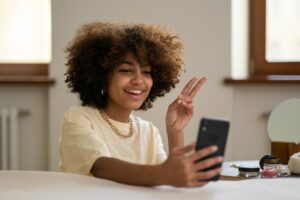 YPulse’s recent WE New Content Creators trend report found that the majority of young Europeans are creating content for an audience beyond their friends and family, making nearly everyone an influencer in their own right—and they know the opportunity that presents for them. While these young nano-influencers may have smaller audiences, they’re reaching hundreds (if not thousands) of followers, and they’ve watched people just like them turn those followings into lucrative careers. In fact, half of young Europeans say social media provides them an opportunity to make money, and nearly three in five say they’re inspired by stories of people like them making a career on social media. And thanks to platforms like TikTok, many know that in the blink of an algorithm, they could be next.

So how many 13-39-year-olds in Western Europe are already working towards that goal? These three stats tell the story: 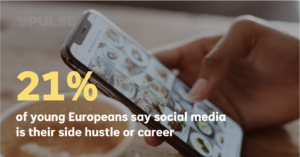 YPulse’s WE What’s Next for Work trend report found that as the pandemic caused young Europeans to reassess their careers, many took up side hustles, either to make ends meet or to pursue their passion. In fact, more than a quarter of young Europeans say they work outside their primary job, and for many of them, that side hustle is social media. While the majority of Gen Z and Millennials in Western Europe say their social media presence is “just for fun” or “just for me,” 13% say it’s their side hustle and 8% say it’s their career, meaning that one in five young Europeans are creating content for cash. This is even higher among Millennials, 23% of whom say social is their career or side hustle compared to 15% of Gen Z. A recent study from Morgan Stanley also found that one in 10 young Europeans are planning to quit their job for the “siren song of TikTok” (or other social platform) in the next six months, highlighting just how many are aiming to make content creation their full-time gig. 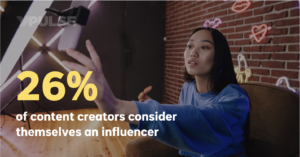 While for brands the word “influencer” may conjure images of Instagram stars with millions of followers, these young gens have a different definition. While the vast majority of young Europeans have fewer than 5000 followers, more than a quarter of content creators consider themselves an influencer, making it clear that nano-influencers are the new social stars—and are the creators brands should be partnering with. Millennials are slightly more likely than Gen Z to consider themselves an influencer, and males are more likely to than females—29% of young male content creators say they’re an influencer compared to 23% of young females. This may contradict some brands’ impressions of influencer culture, which largely focuses on young females creating lifestyle, fashion, and beauty content. And while these are some of the top types of content young females are creating, many young males are creating influential content, too—and they’re mostly posting about gaming, sports, and memes. Meanwhile, even more young Europeans are rubbing elbows with influencers than say they are one: 37% say they personally know an online influencer, making clear how common it is for young Europeans to see their peers becoming influential—and why they want to follow in their footsteps. 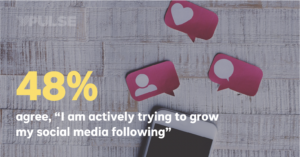 Nearly half are actively trying to grow their following on social media.

Whether they consider themselves influencers or not, Gen Z and Millennials know the value of high follower counts, and many are focused on boosting that number: 48% of all young Europeans (not just content creators) tell YPulse they’re actively trying to grow their social media following. Unsurprisingly, young Europeans that consider themselves content creators are far more likely to say they’re growing their following (59%) compared to those who don’t consider themselves content creators (26%), making clear how important audience is to aspiring influencers. In fact, more than a quarter of young Europeans say they’d rather get 10,000 new followers on one of their social media profiles than win a new car, and even more say they’d rather get 100,000 new followers than win $10,000. Again, content creators are twice as likely as non-content creators to say that gaining followers is more important than cash or prizes. This presents a major opportunity for brands. In general, young people are more trusting of creators than brands, and would prefer to see content created by people like them than traditional ads, giving brands incentive to tap user-generated content on their channels. And with three-quarters of content creators saying they’d be excited if a brand wanted to use their content (credited) in their marketing or social channels, brands can help young creators boost follower counts with exposure while also making their own feeds more interesting to consumers—a win-win.