These Are The Gifts Millennials Are Buying THEMSELVES This Holiday 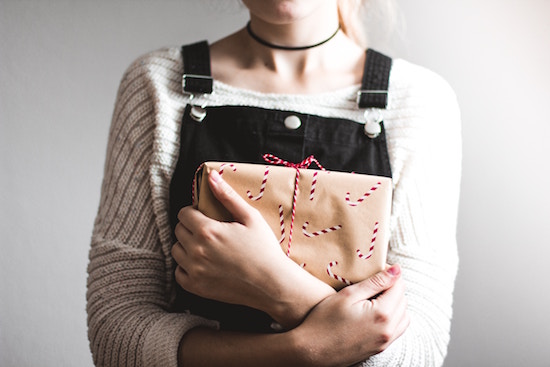 ‘Tis the season to treat yo’self. Millennials are shopping for themselves as they shop for others, and we asked what they’re self-gifting this year…

Millennials’ Treat Yo’Self mentality is impacting their holiday shopping, with more buying themselves gifts than ever before. The NRF found that self-gifting rose by 13% year-over-year to a record high of 31% of overall consumers and 44% of 18-24-year-olds. Their buying behavior could have been spurred on by record deals: retailers slashed prices 47.9% on average this Black Friday compared to 45.2% last year.

YPulse’s own holiday shopping survey asked young consumers exactly who they planned to buy gifts for this holiday season—and 38% of 18-36-year-olds told us they actually planned to buy gifts for themselves. So before the impulse buys even kicked in, these young consumers were strategizing to take advantage of the shopping season to buy their own goodies. In addition, their estimated spending on things for themselves this holiday season was nearly as high as their estimated spending on things for others. Wondering what they wanted to fill their own personal stockings with? Don’t worry, we also asked those who planned to shop for themselves exactly what they planned to buy. Here are their top responses:

*This was an open-end response question to allow us to capture the full range of items that Millennial consumers planned to buy themselves for the holidays—without our preconceived ideas shaping their responses. As with any qualitative question, the responses include those that are top of mind and those that are most popular. The lists are ordered according to number of responses received, and alphabetically when ties occurred.

What Gifts Are They Buying for Themselves?

Clothing and accessories are the number one things young consumers told us they planned to buy themselves this holiday season. It also topped the list of the holiday gifts they’re wishing for, and clearly some young consumers aren’t waiting for others to make their wishes to come true.

But while cash was number two on the list of things they’re hoping to get from others, shoes/boots is second on their self-gifting list, followed by electronics. This particular list item is devoted to those responses that indicated that they would be buying technology or “gadgets” of some kind, but didn’t specify what those electronics would be—potentially because they were waiting for the sales to start to see what they could get. Some respondents listed a few tech items they might purchase, depending on how good the deals they found were.

More explicit technology mentions also fill the list, including smartphones (in the number five spot), gaming consoles—as well as video games, headphones, and laptops. Males were more likely than females to have both vague and specific plans to buy themselves tech:

Tech dominates the top five list for males, but doesn’t crack the top five for females, who are more likely to plan on self-gifting beauty items, holiday decorations, and home décor. (For those curious, candles were the most frequently mentioned home décor item.)

Of course, none of these lists capture the future purchases of many young consumers who knew they would be buying something for themselves but weren’t quite sure what yet, like the 21-year-old female who strategically planned to buy herself “what I don’t receive from others,” and the 16-year-old female who told us simply that she would be buying “Hella shit.” Regardless, there is plenty of opportunity for brands hoping to capture young shoppers who have their own name on their gifting list.