The Top 12 Brands Gen Z & Millennials Like to Splurge On 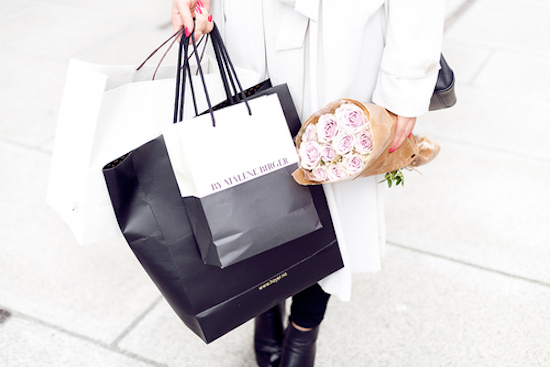 What brands are young consumers happily treating themselves to? We asked 13-36-year-olds…

“Treat yo’self” has become a motto among Gen Z and Millennials who are looking for the extra encouragement to splurge. Ypulse’s research on splurges found almost seven in ten 13-36-year-olds feel guilty spending money. With a recession mentality baked into them at a young age, spending on things they don’t need can still feel “wrong”—so they’re looking for a reason. Now, indulgences are being encouraged as young consumers increasingly spread the message that little luxuries are good for their mental health: Over nine in ten 13-36-year-olds tell us that allowing for indulgences every once in a while is good self-care.

With the permission to splurge being spread, in our research for the trend Treat Yo’Self, we asked 1000 13-36-year-olds, “What is a brand that you like to splurge on?”* Here are their top 12 answers:

Though they might be practical about their finances in many ways, Gen Z and Millennials are not immune to making splurge purchases—and high-end brands are benefitting from their urge to treat themselves. Kate Spade, Gucci, Chanel, Coach, and Michael Kors all made the list of the top brands they like to splurge on.

But it’s not just big-ticket items they consider splurges. Something rare or unnecessary, like a coffee they know they don’t really need, are considered splurges. In fact, 51% of 13-36-year-olds say they would define a splurge purchase as something they don’t buy often, and 47% say they would define it as something they don’t need—while only 37% say they would define it as anything expensive. That’s why the list of brands that young consumers like to splurge on includes Nike, Starbucks, Zara, and Sephora. Little luxuries are the most common way that they’re splurging, with 74% of 13-36-year-olds saying things they treat themselves to are not expensive.

Liking both high-end brands and more affordable splurges is something we see especially among older age groups: 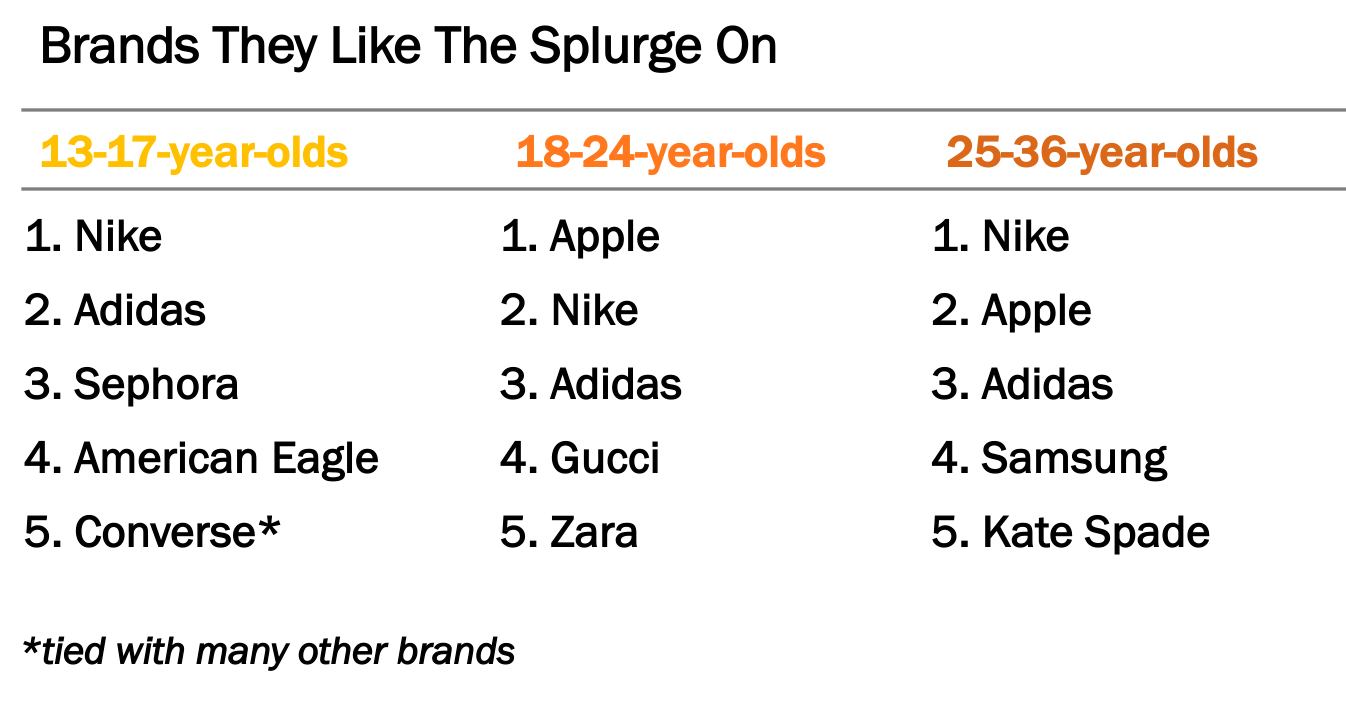 As noted above, 13-17-year-olds were the most fragmented in their responses. Converse was tied with Forever21, PlayStation, Samsung,  Starbucks, and Vans for the fifth place spot on their list. This age group was least likely to name a high-end luxury label, while designer brands (Gucci and Kate Spade) ranked in the top five list for 18-24-year-olds and 25-36-year-olds.

*This was an open-end response question to allow us to capture the full range of brands that Gen Z and Millennial consumers like to splurge on—without our preconceived ideas shaping their responses. As with any qualitative question, the responses include those that are top of mind and those that are most popular. The lists are ordered according to number of responses received, and alphabetically when ties occurred.