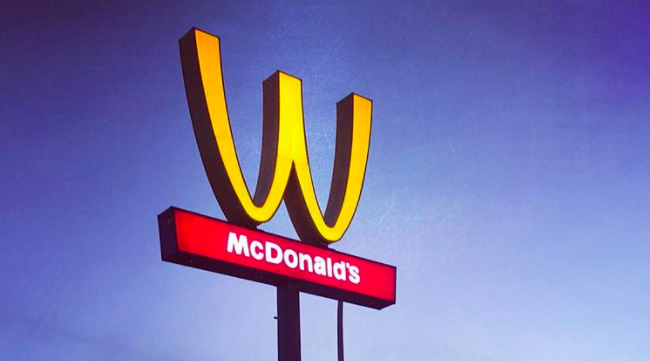 McDonald’s flipped for women and missed, Barbie’s new role models are trending, Alexa is freaking out the internet, and more links you won’t want to miss! 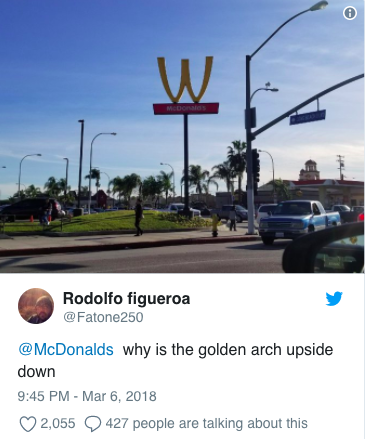 McDonald’s flipped its arch in celebration of International Women’s Day—and the internet is not “lovin’ it.” For one day, one California McDonald’s location turned its “M” to a “W” “in honor of the extraordinary accomplishments of women everywhere,” according to Chief Diversity Officer Wendy Lewis. The strategy was also extended to the chain’s digital channels and on the uniforms of employees. However, if you ask the internet, the effort fell short. Trending responses on Twitter include: “I bet all the money you’d spend on doing that being used for women’s charities or scholarships would be a better one,” “If @McDonalds actually cares about women—how bout: Paying a livable wage, Providing healthcare to your employees, Hiring Women/minorities in leadership,” and “women: raise your minimum wage to $15/hour
mcdonalds: what if we make the arch a W for women” 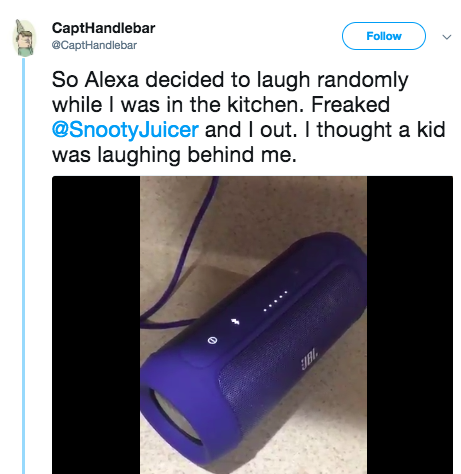 Alexa is Freaking Out the Internet

An Alexa glitch turned into a Twitter trending moment this week after a swarm of users started reporting acts of defiance and unprompted laughter from their devices. @CaptHandlebar was one of the first to tweet about the strange occurrence, posting a video of his Alexa randomly laughing and saying how he was “freaked” because he “thought a kid was laughing behind [him].” The tweet garnered over 14,000 likes and now many users are reporting similar experiences, as well as new glitches, including Alexa listing off funeral homes and whistling without being asked to. Amazon has since responded with the statement, “We’re aware of this and working to fix it,” and says they will be changing the commands Alexa responds so she is “less likely to have false positives.”

Amelia Earhart, Frida Kahlo, and Katherine Johnson are officially part of the Barbie family in a historic move for International Women’s Day. The three extraordinary figures are part of the brand’s new “Inspiring Women” collection that comes with “information about the contributions each woman made to society and her respective field.” As part of their “Shero” program, the company also created dolls in the likeness of modern-day role models, including conservationist Bindi Irwin, snowboarding champion Chloe Kim, and filmmaker Patty Jenkins. Although it’s a step in the right direction, the effort has been called into question due to the new dolls’ mostly slim body types—a feature that the brand had seemed to be actively working towards changing up.

L’Oréal is working on making amends with the beauty community this week, after their rejection of a blogger due to “skin issues” went viral. Kadeeja Khan, a beloved beauty blogger, recently went viral for a tutorial she did, where she covered up her acne-prone skin with a foundation stick to “shockingly impressive results.” Unsurprisingly, Khan says L’Oréal approached her with some potential projects, but then later sent her a rejection email that stated “L’Oréal can’t be involved with people with skin issues.” The posted email was captioned “To think we’re supposed to live in an advanced society that not only ACCEPTS of ALL walks of life but actually embraces people of all backgrounds…,” prompting over 1,300 comments on Instagram. A representative for the brand has since responded by stating that it was “due to a misunderstanding between the company and its casting agency” and that they have “addressed the issue with those involved.”

Everyone is wondering what Jennifer Garner realized, a Mulan tribute video by high schoolers has more than half a million likes on Twitter, and the story of a teen breaking her retainer after watching Black Panther goes viral and prompts the film’s star to buy her a new one.