As the first digital natives to raise kids, Millennial parents are struggling to set boundaries for themselves and their kids and figure out how to use tech to their advantage without becoming oversharing helicopter parents…

As more young consumers begin to question the role of tech in their lives, Millennial parents are in the unique position of having to regulate two potential tech additions–their own and their kids’. Millennials are known for documenting every moment of their lives on social media, from artful lattes to beach vacations and the oversharing doesn’t stop with parenthood. As the Atlantic put it, “Babies, like cats, are everywhere on the web.” A study from Business Wire found that 90% of two-year-olds already have an online presence, and more than 80% of babies younger than that do too.

At the same time, parents are increasingly concerned with how technology is affecting their children’s development. Debates about when to allow kids to have smartphones and social media resound online and as companies continue to target kids with the latest tech, parents are increasingly demanding more controls be put in place. Apple recently announced they’re adding more parental controls in response to investor concerns over childhood tech addictions; Facebook started Messenger Kids, which requires parent approval at every turn; Mattel has nixed its AI smart-home for kids, after parents and experts voiced their concern that the company would get “an unprecedented look into the personal lives of children” (an issue we predicted early last year); and a new app, Gallery Guardian, lets parents scan their teens’ phones for sexting—without actually having to see the awkward evidence.

While Millennial parents are trying to rein in and regulate their kids’ exposure to tech, however, they’re increasingly using it to build their own communities and find answers to tough parenting questions. Nearly seven in 10 Millennial parents tell Ypulse that technology helps them to be a better parent, and the massive rise in mommy blogs (and dad blogs, too!), parenting forums, and kids’ fashion on Instagram is evidence enough that Millennial parents aren’t ditching their devices anytime soon–and that they’re taking their kids along with them for the ride. But that doesn’t mean they’re not conflicted about how to navigate it all. Here are four stats that show how Millennial parents view the use of technology in parenting: 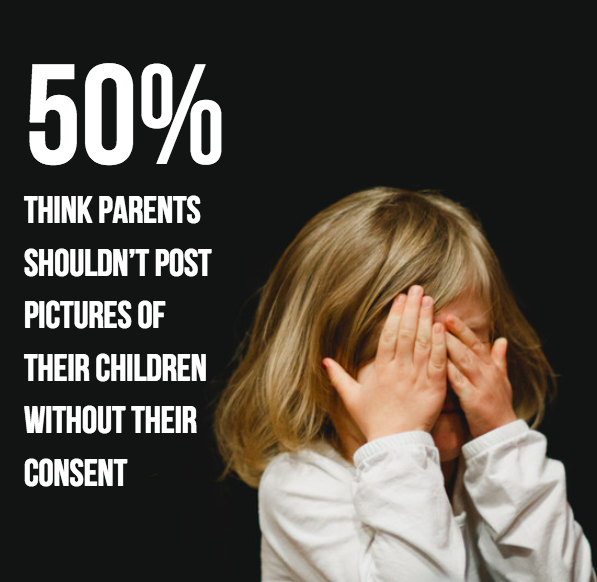 1. Half of Millennial parents think it’s not ok to post a photo of their child without the child’s consent

The debate about whether or not to put your kids’ photos on social media has heated up in recent years, and has even earned its own nomenclature–”sharenting.” Posting a child’s photo online brings up a host of issues, not the least of which are safety concerns. But most of the sharenting conversation revolves around the involuntary digital footprint that will follow a child around for the rest of their lives. A recent study from UK-based NSPCC found that the average child has 1500 pictures of themselves posted online by the time they’re five years old, and most of them don’t get a say in what gets published and what stays private. Many parents (and researchers) are beginning to realize that children might not appreciate having that bathtime photo or Boomerang of them dancing in the public sphere when they get older, and a movement is forming to stop parents from posting photos of their kids without their consent. According to Ypulse data, Millennial parents are divided on this issue 50/50. And with 51% of them telling us that they feel better about themselves when people like photos of their kids on social media, it’s clear that Millennial parents are still Millennials, oversharing included. 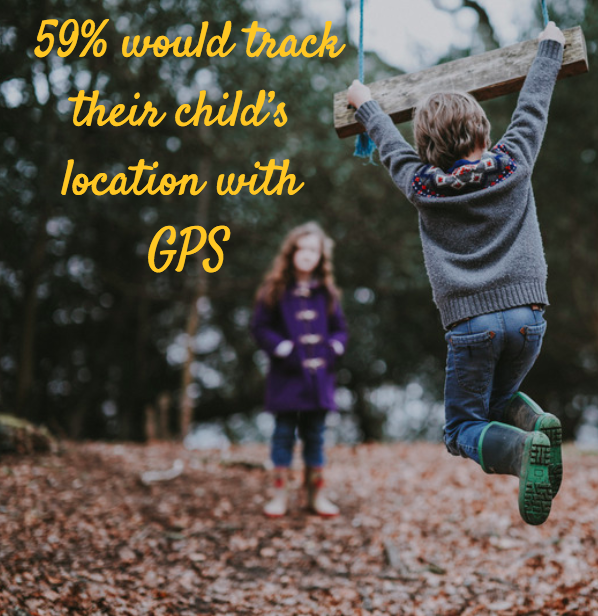 2. Nearly six in 10 would track their kid’s location with GPS

Ypulse research has shown that 88% of Millennial parents are trying to avoid helicopter parenting—but they might not be able to help it. The constant media storm of global atrocities and everyday stories of parenting gone wrong combined with advertisers’ willingness to fear-monger has resulted in a generation of (understandably) anxious parents, according to an article from Refinery29. In response, new tech is cropping up to allow parents to constantly monitor their kids, and try as they might to not hover, the majority of 18-35-year-old parents tell us they would readily track their child’s location with GPS. And that’s just the tip of the iceberg when it comes to easily available–albeit pricey–monitoring tech. From drone surveillance meant for the military to devices that track blood-oxygen levels all night long to that sexting surveillance app we mentioned earlier, digital native Millennial parents have plenty of options to help their helicopter parenting, even if they wish they weren’t doing it. 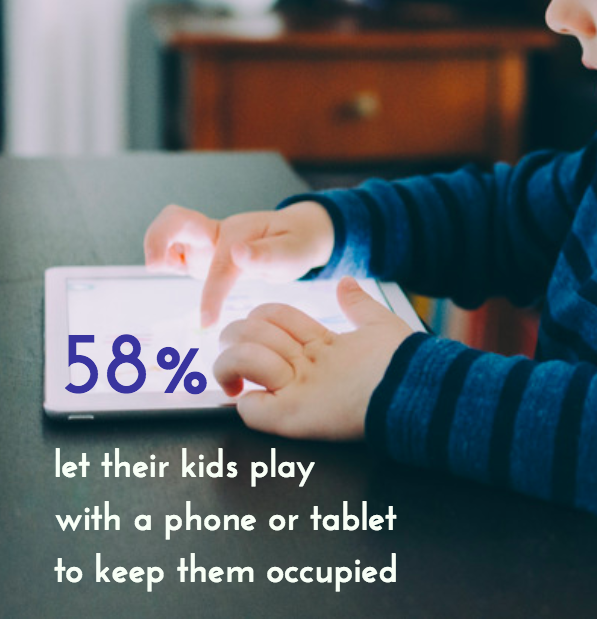 3. The majority occupy their kids with a phone or tablet

Modern tech means parents are raising their children in a time when “online” and “offline” are increasingly one and the same. Millennial parents are worried about their kids’ screen time, from television to social media and smartphones, and experts are warning more and more that early exposure to screens could hamper development. The American Academy Of Pediatrics recently released a report that linked handheld screen time to slower speech development. But with small screens so integrated into their own lives, Millennial parents are having a hard time keeping them out of the hands of their kids, not to mention the fact that they can be a great babysitting tool. Nearly six in 10 Millennial parents tell Ypulse they let their kids play with a screen to keep them occupied, and as things like artificial intelligence and AR/VR become more integrated into daily life, we’ll likely see more of this. According to Fast Company, in the near future, time spent with tech could actually unlock new creative mediums for the next “Spielberg of VR,” AI learning assistants could become the new Teddy Bears, and families could spend time together collaborating on a digital painting instead of sitting in front of a TV. 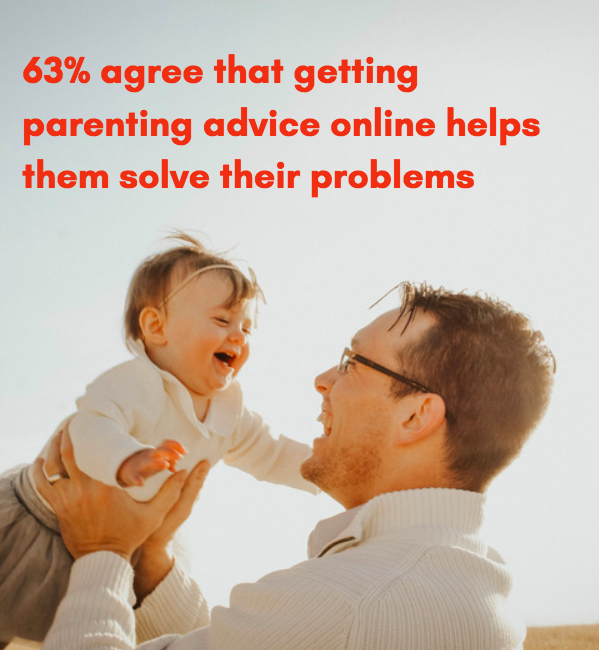 4. More than six in 10 turn to online sources to help solve their problems.

Where parenting advice was once limited to family, friends, and the occasional how-to book, modern parents now have the entirety of the internet at their fingertips, and they’re increasingly turning to online resources for parenting advice and inspiration. From basic baby questions for first-time moms to guides to home schooling to pediatric psychology to Pinterest boards for baby birthday parties, Millennial parents are inundated with information on the best ways to raise their kids. But while 63% say online advice helps them solve their problems, the majority also feel the information overload–58% of Millennial parents tell us they feel overwhelmed by the parenting advice given online.