Olive Garden debuts Italian nachos just in time for Super Bowl 2018, an article calling skincare a scam is sending shockwaves through the beauty industry, a Beyoncé reaction photo has turned a Boston woman into a meme, and more links going viral this week… 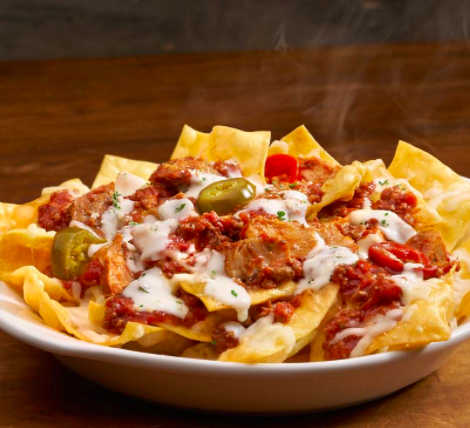 Just in time for Super Bowl 2018, Olive Garden has debuted their spin on a classic game day dish—and the internet can’t stop talking about it. Available until April 1st, their new nachos-inspired menu item, Loaded Pasta Chips, is a stack of fried lasagna sheets, topped with cheese, a three-meat ragu, peppers, and a drizzling of alfredo sauce. Having already been on the menu for a week, reviews are in and are surprisingly good. In one YouTube video, Foodbeast writers try out the headlining chips, making comments like “it’s legit,” and “I’m speechless.” Not only is Olive Garden one of young consumers’ favorite restaurants, but this new strategy may expand their reach to the foodie generation even more: 30% of 13-34-year-olds tell Ypulse they’ve gone as far as waiting in line to try a food/beverage everyone is talking about.

The Skincare Article That Sent Shockwaves Through the Beauty World

As described by Racked, “we are in a golden age of skincare.” Perfect, fresh-faced skin has become a new beauty standard for many, giving rise to indie brands that focus on perfecting skin—often times with products that contain acids, retinols, and exfoliants. So, it’s no wonder that a recently released article from The Outline entitled “The Skincare Con,” has sent shockwaves through the beauty world. The article argues “the New Skincare is chemical violence,” and “a scam,” because “Skin has withstood millions of years of evolution.” Various publications have since posted their own responses with headlines that best sum up the internet’s reaction: “Skincare Is Good and Also Works,” “What I do with my face ain’t none of your damn business,” and “Skin care is nothing new — so stop shaming women for doing it.” 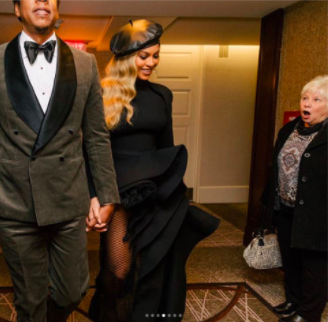 The Beyoncé Reaction Photo That Has Everyone Saying “Same”

“Oh, my God! No one is going to believe me” were the words Susan Monaghan exclaimed after stepping out of her hotel elevators and coming face to face with Beyoncé and Jay Z on Grammy night. Luckily for her, Beyoncé made sure millions would believe her, posting a picture of Monaghan’s priceless reaction to an Instagram album with currently over 4 million likes and 30,000 comments. The viral snap has since placed Monaghan into the meme hall of fame, with many taking to Twitter to repost the incredibly relatable photo and ultimately saying “same.” When asked why she thought the iconic artist posted the shot, Monaghan stated “I think she posted it for me, so people would believe me.” 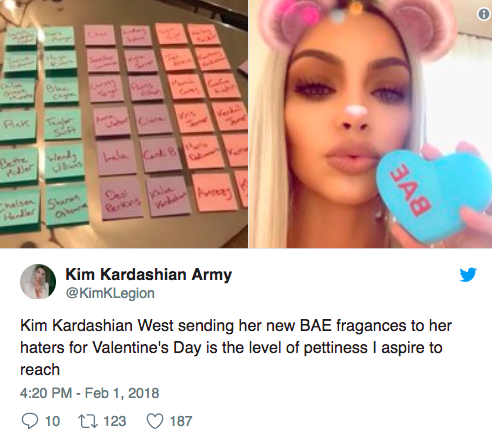 Is Kim K Going To Break The Internet Again?

Kim Kardashian is garnering more attention than usual this week, after being emulated by Paris Hilton for Kanye West’s fashion collection, and more recently for revealing who she is sending  Valentine’s Day gifts to. Earlier in the week Paris Hilton released images on her Instagram from West’s latest line where she is dressed and styled as a perfect replica of Kim Kardashian (Diplo took part in the fun too). The images have generated hundreds of thousands of likes, but Kardashian’s latest move is what has everyone talking. In anticipation of releasing new fragrances, Kardashian posted a list of people that would be getting them as Valentine’s Day gifts. The list, which she said consists of her best friends, her “ride or dies,” and her haters, is chock-full of celebrity names which has many on the internet taking guesses on who belongs in which category.

A sassy cheerleader has become a meme, a Facebook group has been disbanded after attempting to sabotage Black Panther’s Rotten Tomato score, Gigi Hadid can’t seem to catch a break when it comes to internet controversy, and the Spice Girls makes everyone’s day with a trending Instagram post.