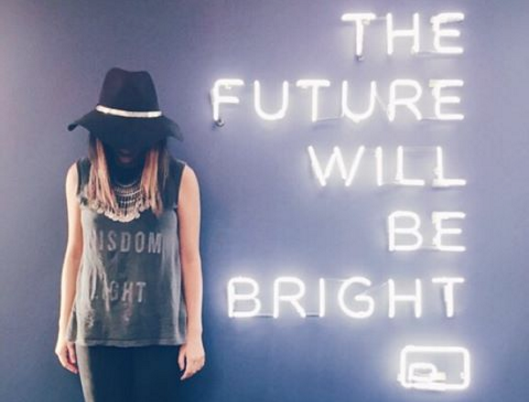 We know Millennials aren’t watching content marketing the way that brands might like them to—and understanding the whys behind their behavior is essential to reaching them. Today, Maude Standish, Director of Creative Strategy at Fullscreen Strategic Content Group,​ is guiding us through reaching the elusive Millennial audience, and the trends driving them to non-traditional content.

It’s a commercial break, do you know where your Millennial is?

Now, I don’t have a super-secret crystal ball and I’m not a member of the NSA, so I can’t tell you where any specific consumer is at any specific moment, but looking at trends in viewing behavior, I can venture to guess what your Millennial isn’t doing. They aren’t paying attention to the commercials that brands have so lovingly crafted explicitly for them. Instead they are picking up their phones, logging in to Snapchat, scrolling through their Instagram, and catching up on Twitter. If you are a frequent reader, none of this is a grand surprise.

While brands are taking note of this new viewership behavior and some are starting to shift their spend to reflect it, they are often ignoring the “why” behind these actions. As such they are going to the right places to connect with Millennials, but are creating the wrong content. Instead of focusing on what these new platforms are really good at—generating authentic relationships—they try to convey the same old “unique selling proposition” through a “single-minded message,” so much so that often the only thing “new” about their new brand campaign is the new platform it’s on, and it gets lost in the clutter.

In order to avoid another brand falling into this trap, I want to demystify the “why” behind consumers tuning out traditional commercials in favor of social platform engagements by looking at a few macro trends driving this behavior. The hope is that by understanding the “why” behind the action, you’ll be able to better connect with the elusive Millennial.

1. The Future is Friendertainment: Technology and social media have made it so we increasingly see our friends as our entertainment. Think about it. When you have a “down moment,” are you more likely to read a book, tune into a TV show, or scroll through a social media feed? The interesting thing is that as consumers have evolved to view their friends as entertainment, they are increasingly demanding that their entertainment behave like friends. This doesn’t mean just popping up in the same feeds, but actually entering into true relationships, creating intimate bonds through vulnerable moments, and inviting the audience to join in the co-creation of the experience. Influencers are currently the most evolved when it comes to collapsing the wall between friendship and entertainment—so it’s not surprising that time and again studies show that young consumers trust influencer recommendations over commercials. But it’s important to remember that the trend of friendertainment isn’t defined by individuals, but rather audience behavior.

2. My Very Own Mini-Network: We are entering an age of a deeply personal media. Mobile phones have made it so every single individual is the head of their own network—they choose who to watch, watch it when they want, and even send back notes about what they would like to see next. Because each individual is their own mini-network, we are in an new era of having to rely not just on technology as a distribution means, but the audience as distributors. This means that we have to create not only great stories, but stories that the audience wants to be identified with, so that they will share amongst their social network/audience. Traditional advertising focuses on a broad message that would appeal to a faux individual defined by averages, not interests. The problem? As individuals create and generate their own personal “networks” that they are broadcasting out via social media, they only share things that reflect them as they want to be seen. And nobody wants to be seen as #basic. Instead, young consumers share content that highlights an individual trait that unites them with other like-minded squads. Strategically this means that going after a broad demographic is often best achieved by targeting a selection of passionate psychographic segments.

3. The Highest Compliment is #Sames:  In working with brands, I often hear that they want the consumer to like them. Much of how a consumer feels about a brand is defined by the actual product, branding, and price. More and more, companies are catching onto this and are actively designing products that have the brand story built into them. So, what does the role of advertising become in a world where “likes” are built into the product? More and more successful advertising is about inviting the consumer into a relationship with your brand, not so they can “like” you, but so they can relate to your brand and want to invite you into their friend squad. The highest compliment that a consumer can pay to your content is when they identify with it—most often represented by the #sames. A smart approach to this era of personalized media is to identify the unique buying tribe for your brand, and make sure that you are generating content they relate to so well, they even want to share it. 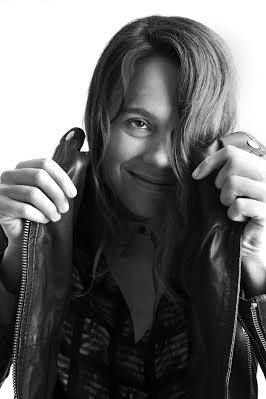 Maude has been a Millennial trend forecaster for more than decade. Currently, Maude is the Director of Creative Strategy at Fullscreen’s Strategic Content Group. In her past, she was the Director of strategy at Mistress, the executive director of Trendera, and the lead researcher and writer of the Cassandra report. She was featured in Forbes as a 30 under 30 in Marketing & Advertising. Additionally, she has spoken at SXSW, Social Media Week, Applied Brilliance, MakeUp New York, SIEPR Economic Summit and New Orleans Entrepreneur Week. She has been lucky enough to work with clients such as AT&T,Viacom, Brown Forman, HBO, Hilton, Coca-Cola, Gap, Campari, and CW among others.