It’s official: Christmas is Millennials’ favorite holiday. But Boomers and Xers might not quite understand their favorite holiday movies, which aren’t the classics they have long known…

When we asked Millennials and teens what their favorite holiday is in our most recent monthly survey, over half of respondents told us that Christmas is the most wonderful time of the year.

It makes sense for a generation of eternally optimistic, group-oriented consumers. Their responses included many mentions of family, friends, giving and getting gifts, and, of course, traditions. But what are they watching to put them in the holiday spirit? We also asked 1000 13-33-year-olds to tell us their favorite holiday movie to find out what they’re most likely to tune in for…and the kind of holiday traditions that they’re creating. Here are their top 10 favorites: 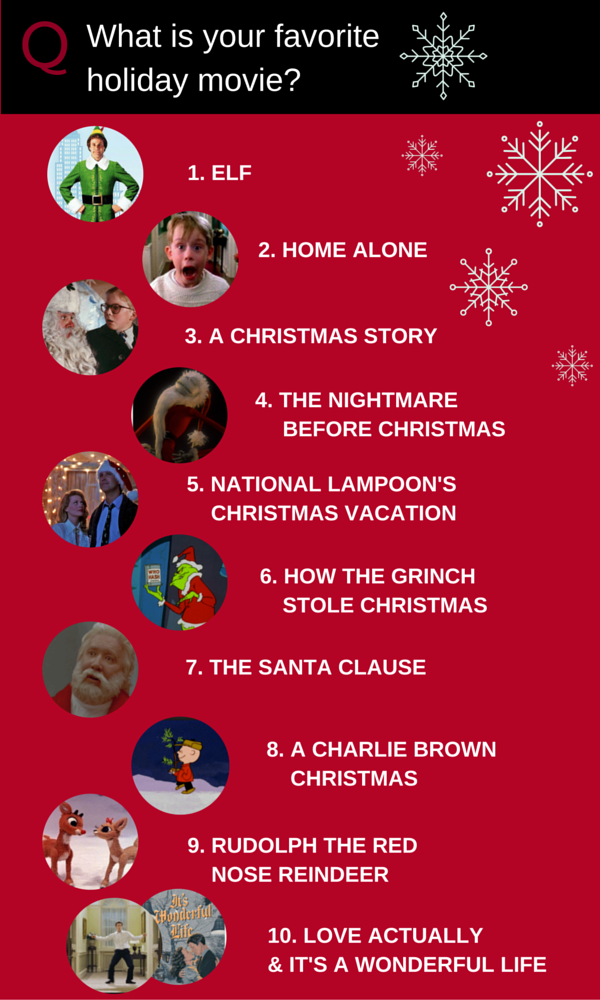 Elf, starring Will Farrell, came out in 2003—and it was the most mentioned favorite holiday movie by a significant amount. Clearly, Millennials and teens have an affinity for new holiday “classics” that are close to their own age. Home Alone was released in 1990, The Nightmare Before Christmas (which was also on their favorite Halloween movie list) is a 1993 film, and The Santa Clause sledded into Millennials’ lives in 1994. Both the animated and live action Grinch were mentioned by respondents, and the Jim Carrey version came out in 2000. Meanwhile, rounding out the top 10 is a tie, and Boomers may cringe to see the sacred It’s a Wonderful Life sharing a spot with Love Actually, a rated R Christmas film.

The holidays are of course a time for nostalgia, but if you’re looking for Christmas content to reference (or buy ad time in) it’s important to remember that Millennials and teens’ nostalgia has a slightly different context. While movies that previous generations love are also on their top 10 list, it’s those they might have seen in the theatre that earn more of their love. That’s not to say that other generations don’t like these festive films, but to Boomers and Xers, they are likely seen in the context of “belonging” to Millennial kids.

The movies that missed making the top 10 included The Polar Express, Hocus Pocus (remember this was an open end), The Holiday, and Die Hard…all titles that would also probably not be considered classics by previous generatons. “Merry Christmas, ya filthy animal.”