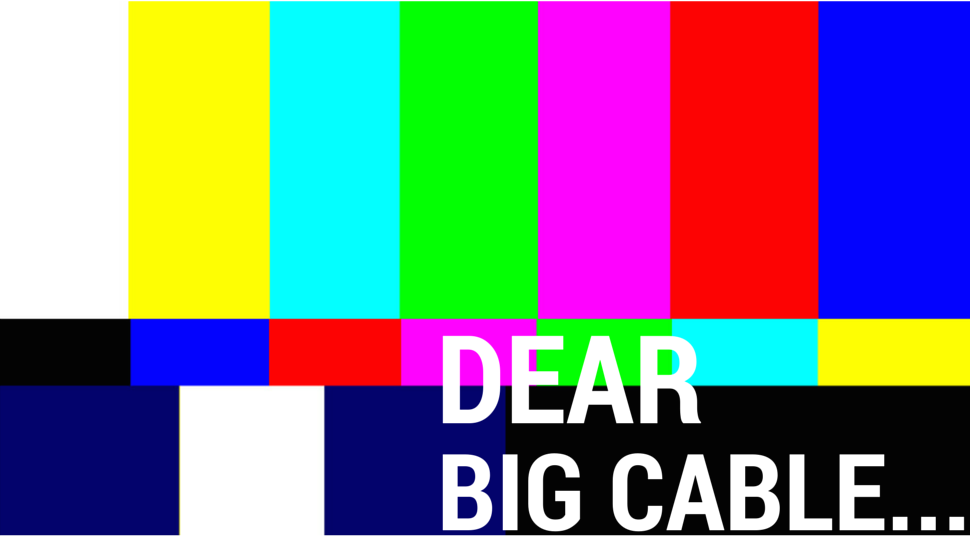 It’s clear at this point that cord-cutting isn’t a myth or a fluke trend, but what finally makes a young consumer decide that their time with big cable is over? One Millennial lays out the reasons behind his break up with cable, and what finally made him cut that cord.

After all the years of your service as my primary source of entertainment, I write to you so you understand why it’s over between us. There are so many other options for media consumption now and your steadfast refusal to change your business model is finally catching up to you. You see, I am accustomed to paying/accessing my entertainment a-la-carte, beginning years ago with Napster. I am used to only engaging with outlets that I actually want. Your persistence in bundling hundreds of channels that I do not want, while charging a premium to add internet service makes you look completely out of touch.

Sure, I’ll always have affectionate longing for your whimsical programming—nothing beats accidentally watching the second half of Titanic and The Fugitive for the fourteenth (okay, twentieth) time. But the problem is, there are only a half dozen stations that I want to watch. The worst part of the whole thing is that while your overall cost is an important factor in our breakup, it is not really what is driving me away. I need to be able to pick what I want to consume without punitive practices like adding ONE channel for an additional $10 per month, or charging $10 more for internet if I cancel my cable. I’d rather pay $45 a month for a select number of channels/services than $60 a month for a bundled package that probably doesn’t even include exactly what I want. Between Sling TV, Netflix, Hulu Plus, Amazon Prime, HBO Go and other options I can basically get all of the programming I want; gone is the monogamy of cable, I now belong to a generation of media swingers.

For some time I have stayed with you because of your exclusive control on sports. But holding my teams hostage is not going to work anymore. More and more leagues are signing streaming deals, and hopefully soon there will be stand-alone options like there are for regular programming. I’m pretty sure I just don’t need you anymore.

I’m sure I’m not the first to tell you this, but I have to point out that while your giant old school cable box has long been a visual staple in American homes, now more and more there’s an Xbox or a Playstation sitting underneath a family’s television. This new generation of consoles has focused on not only being for video games but to also serve as the all-in-one entertainment hub—and it’s working. I’ll admit it has been a little strange at times to look up and not see your big clunky cable box with its digital clock (it’s taken me months to stop looking there to see what time it is) but, I’m getting used to it.

There’s another thing about that cable box I think you need to think about. See, if I want to cancel my Netflix subscription all I need to do is log in and cancel it. Simple. But with you, oh with you I have to call up your annoying help line which takes forever, then I have to talk on the phone with someone who inevitably will try and talk me out of canceling, and then even try and get me to add a landline. (It is 2015; I really shouldn’t actually have to TALK to someone and especially about a landline. Stop trying to make landlines happen.) Then I have to schedule an appointment for some technician to come to my house and physically remove this box—and you know how you are when it comes to that. You give me an “appointment,” which is really just a 5-8 hour window where I have to sit around my house waiting for this guy who never comes on time. Now that you’re not the only game in town you’d think you’d try to make it easier for us to be together, but you seem to want to make things hard. It took me two minutes to install Netflix on my Xbox, just so you know.

Finally, I have to say that I take issue with your corporate practices in general. Growing corporate mergers reek of corrupt monopolization and inevitably a worsening product, and it is something that I am just not interested in supporting. Cancelling my cable felt good, and it felt like a form of protest. That should be an alarming indicator of how I feel about you. Maybe you will change in the future, but for right now I need more variety and flexibility in my entertainment life—so this is goodbye.