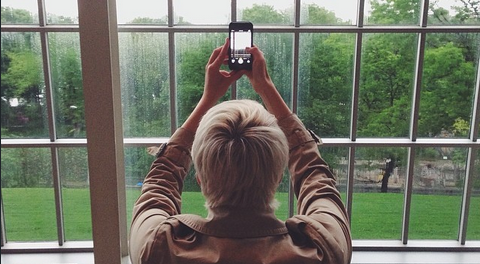 When you think fun, exciting, unexpected experiences that attract Millennials, you likely don’t immediately think: museums. These cultural institutions have a reputation for being a bit staid and snobby, if not downright boring for some. But just as Millennials are rethinking other traditionally pretentious enterprises (like the wine industry) they’re starting to reimagine what museums might mean for them—by both democratizing and innovating museum visits. The draw of museums is an interesting one for the generation, as with most things, they aren’t likely to be looking for the same kind of experience that previous generations might have had. In other words: they’re not just there to look at the paintings. But Millennials are looking for easy-access cultural experiences that will give them something fun and pre-packaged to do offline, often in part so that they can then talk about it online. We’ll be talking about this desire to be given something to talk about in our upcoming Lifeline report. Some of these Millennialized museum experiences are sanctioned by the museums themselves, but more often it is the creativity of a Millennial thinking outside-the-box to make the museum a setting they can use for fun, inspiration, and social fodder. Here are two of the Millennialized museum experiences capturing their attention: 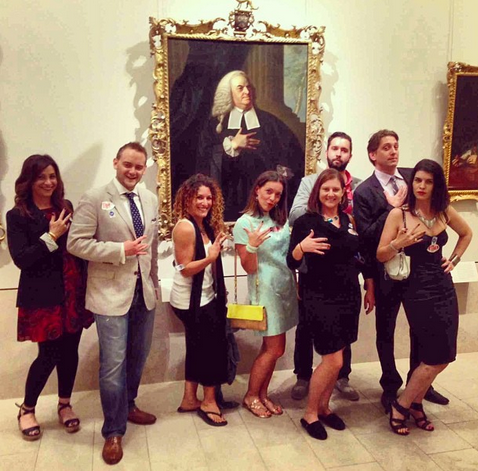 Museum Hack started as Hack the Met, a program of  “private tours of the Metropolitan Museum of Art curated by New York City residents” that brought together (usually young) people for a personal, customized, and out-of-the-box guided experience of a museum that is more of a social adventure than educational tour. Hack the Met excursions occur only when the museum is about to close, and take visitors through the empty spaces that thanks to loopholes people are allowed to stay in afterhours. Participants must apply to be given a tour, giving Hack the Met a feeling of exclusivity that is hard to resist. Once accepted, those on the tour are led by a guide who might not be knowledgeable in art, but knows exactly when and where you can sneak a sip from your flasks—which participants are encouraged to bring. Founder Nick Gray is sans PHD in Art History and not affiliated in any way with the Met. However, when it comes to the social arts, he’s got that mastered. Tours can include scavenger and picture hunts, focuses on bizarre off-beat topics like butts (yes, butts) in art history and of course, drinking. His goal in creating Hack the Met was to, “make ‘the best museum in the world’ hip for a younger crowd.” Hack the Met recently expanded to become MuseumHack, now providing day tours, and similar “highly interactive, subversive, fun, non-traditional museum tours” of the American Museum of Natural History. Museum Hack doesn’t limit tours to exclusive groups, instead offering everything from public excursions to Bachelorette party packages to company team building.

Why It Works: Hack the Met and MuseumHack take the museum-going experience and turn it on it’s head focusing on fun, interaction, and looking at a staid cultural institution in a new light. MuseumHack’s website calls the tours “renegade” and it’s mission is to take create a cool and memorable experience in an unexpected location, something that Millennials are drawn to. At the same time, MuseumHacks give Millennial participants a unique few hours that they’ll be able to talk about and share on social networks to gain both culture and cool cred, for just the price of a ticket. 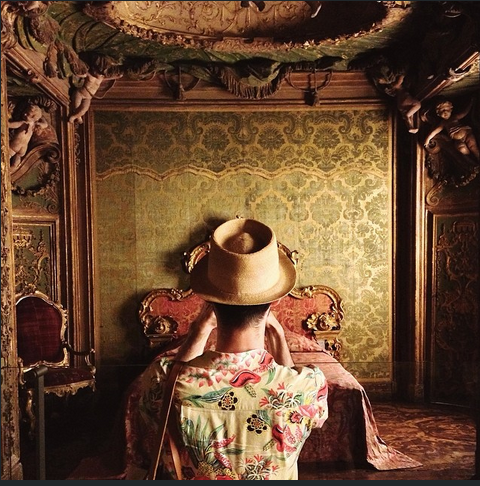 While some brands are finding ways to shine on visual sharing platforms with Snapshot Marketing, others are still struggling to understand how to build their followings. Cultural institutions in New York are solving the problem by tapping into Instagram’s photographer network. Dave Krugman is a 26-year-old Instagram power-user who is currently helping some of New York’s least social-media savvy museums and libraries grow their followings and profiles on the network, including The New York Public Library, the Metropolitan Museum and the Intrepid Sea, Air & Space Museum. Krugman began to consult with these high-end locations after he realized that Instagram could be used to promote exhibitions and lobbies the Metropolitan Museum to let him help market them via social media. The passionate Instagram enthusiast doesn’t collect a fee, instead the museums and libraries grant him and his select Instagram photographer crew exclusive access to their spaces before or after hours. With the museums and libraries all to themselves, Krugman and co find creative ways to promote the locations via hashtags, and to push followings to the institutions’ own social feeds. On #emptymet tours visitors take striking pictures of the empty museum, posting to social feeds with the appropriate hashtag and mentioning @metmuseum in the post. These now occur monthly, and have helped to push the museum’s following to over 170,000 in the less than two years it has had an account, and helped the museum connect with a new audience. As Krugman told the New York Times,  “Sending out pictures of shows and promotional material doesn’t work…Instead, photographers should be able to use their own points of view.”

Though more exclusive than MuseumHack, Krugman’s efforts make museums more attractive to a Millennial audience by showing their sharability. Though “no pictures” has long been a rule in most museums, tours like #emptymet open up museums to the photo-addict generation, who might just visit to get their own pictures of Instagrammable art and architecture.