PDF
Millennials could be the first generation to see equal pay for equal work between genders in their lifetime, but it’s no secret that right now the imbalance in male and female paychecks is still alive and well. Though some have recently claimed that Millennial women don’t believe the wage gap exists, we have found quite the opposite. There is an acute awareness within the generation of the wage imbalance between genders, but there is also hope that it will end within their lifetime. But we were curious to see if they would compensate males and females equally if they were making the decisions. This February in our bi-weekly survey of 1000 Millennials we delved into the issue of gendered wages. In addition to gauging their awareness and feelings on the issue, respondents were asked to decide the salary of three individuals at different points in their careers. Each level had the same description, while the gender of the person attached to the description varied for each respondent. The results below show how Millennials would compensate males and females working the same jobs if they were the ones cutting the paycheck, as well as the generation’s feelings on how fair wages are today, and what they foresee in the future. 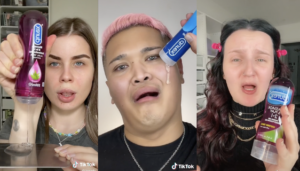