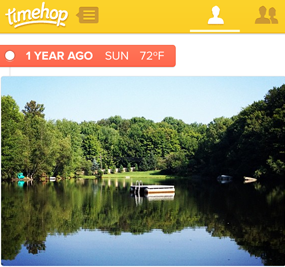 From their craving for everything ‘80s and ‘90s to their obsession with altering their photos with vintage filters, it feels like Millennials always have one eye on the past. But lately we’ve noticed that the nostalgia cycle is shortening even more, and they’re looking for ways to easily capture their memories in turnkey time capsules that make walking down memory lane easier, and shorter, than ever.

In our recently released Q1 2014 report, we covered the trend Story of My Life, charting the ways Millennials are finding new ways to create narratives about their lives. One example of the visual storytelling we examined was the wildfire spread of nostalgia videos that took over Millennial newsfeeds in December:

At the end of 2013, Instagram-browsing site Statigram introduced a popular feature: a tool that turned the most popular images of users’ years into a short “2013 best moments” video. The feature spawned a #memostatigram hashtag, and hundreds of thousands posted their memory videos on Instagram to share their highlights. Statigram wasn’t the only platform that offered the visual walk down memory lane. Facebook, Flipagram, and Google+ also produced the nostalgia clips. 38% off Millennials said they used a program that created a 2013 “Year in Review” montage/video of content they could post on a social network. The videos were appealing for several reasons—they provided a look at the highlights of the year, letting Millennials experience a moment of high-speed nostalgia, and also made them feel that the content they shared over time could add up to provide a different way to look at their lives.

This week Fast Company looked at that same visual time capsule phenomena as an example of what they called “micro-nostalgia.” Whether we call it micro, hyper, high-speed or otherwise, it’s clear that this desire to look back at recent memories with rose-tinted glasses is driving Millennial tech and sharing behavior. The trend has them seeking out apps that let them look back at the not so distant past. Some provide a combination of digital diary keeping and instant time-capsule creation, while others look back at a specific moment. Here are five apps catering to Millennials’ eye on the past and fueling their hyper-nostalgia even further: 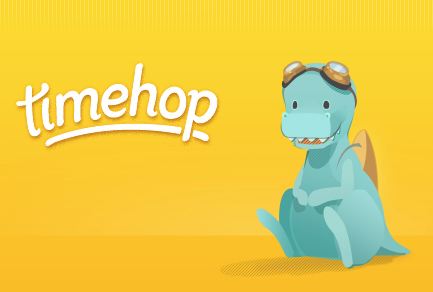 What did you do one year ago today? That’s the question this simple app answers, working as an instant memory refresher and showing the user a daily gallery of the social media posts and images taken exactly a year ago. Timehop calls their tool “a time capsule of you,” and their mission is “[helping] you celebrate the best moments of the past with your friends!” They’ve been popular on iOS since their launch in 2012—40% of iOS users open the app everyday—and recently added Android capabilities. 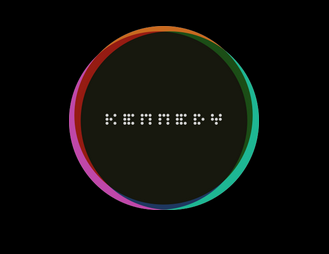 This “memory jogger,” creates a personal feed that acts as a simple digital diary. Once launched, users simply see a button that reads “now.” When pressed, the app collects data about that moment in time—location, the time, weather, news headlines, and music being listened to—and attaches it to whatever note or photo the user chooses to enter. These notes are saved in a streamlined list that allows users to look back and remember the complete context around specific events. The app was named, of course, after the question “Where were you when Kennedy was shot?”—which might be a Boomer memory, but Millennials have no problem co-opting other generation’s nostalgia as they create more of their own.

Video montages just got a whole lot easier thanks to Flashback, an app that takes high quality photographs and films 5-seconds of videos simultaneously. Inspired by candid video moments captured during a wedding photo shoot, the app’s young founders wanted to create a tool that combines the best of both photo and video software for memories that put you right back into the moment, offering both standard and elite editing capabilities with space for up to 50 video clips in one flashback. The app is available for $1.99 in the app store and currently has many five-star reviews.

Keeping a diary might be too time consuming for a generation used to moving at lightning speed, so an “automatic journal” has a lot of appeal. Founder Siqi Chen told TechCrunch that he created the Heyday “for people who have wanted to keep a physical journal but never managed to find the time or motivation to do so consistently.” Instead, the app does it for them, building a digital diary automatically from the information in users’ phones—currently location and photos are used, but there are plans to add more data in the future. Photos taken in the same time-span are arranged in appealing montages, and the app notifies users when they arrive in a place they have been before, showing them the pics they took when they were there last.  Privacy is a part of Heyday’s draw: there is no public feed, and entries are only shared when they user chooses.

Unlike some of the other tools in the list dedicated to time capsuling and digital diaries created over time, First Tweet is all about nostalgia for one very specific moment. In honor of their eighth birthday, Twitter created a platform for users to search for their very first tweets. After entering their user name into the search bar, the first tweet appears below, along with an instant sharing button which, of course, tweets out the missive with an accompanying #FirstTweet hashtag. Interestingly, the nostalgia being stirred up here is not only about a users’ first interaction for the platform, but in many cases for a time before Twitter was as big and as it is today. First Tweet lets Millennials (and others) look back and remember the time when they weren’t sure how the media platform worked or what they were supposed to say. Though not much time has past since then, it seems like a different age.