Millennials Sound Off: Does Anything On TV Represent Their Generation?

From Girls to New Girl, the last few years have provided a slew of shows focused on Millennials. Since the lives of 20- and 30-somethings living in cities have been a favorite focus of television for decades, it makes sense that as Millennials have aged into that demographic, their lives would start to seep onto the small screen. But for all the screen time people their age might be getting, is there is any show that accurately represents the Millennial generation, or the lives of people their age? If you ask Millennials that question, the answer is a resounding “NO.” 67% of Millennials do not feel that any show on TV or online accurately represents them.

When they turn on the TV, they’re not seeing a true reflection of themselves. Since one of the main draws of television is escapism, it’s doubtful they would want every show to be a perfect reflection of their own lives. But it says something that so many of them have a hard time thinking of even one show that they can watch and truly relate to. Millennials might be judged by the shows that portray their generation, but to them, from The Bachelor to #RichKids of Beverly Hills, most shows are misrepresentating who they really are.

When we asked them to tell us what show misrepresents their generation the most, we got a range of answers, citing both current shows and some off the air: 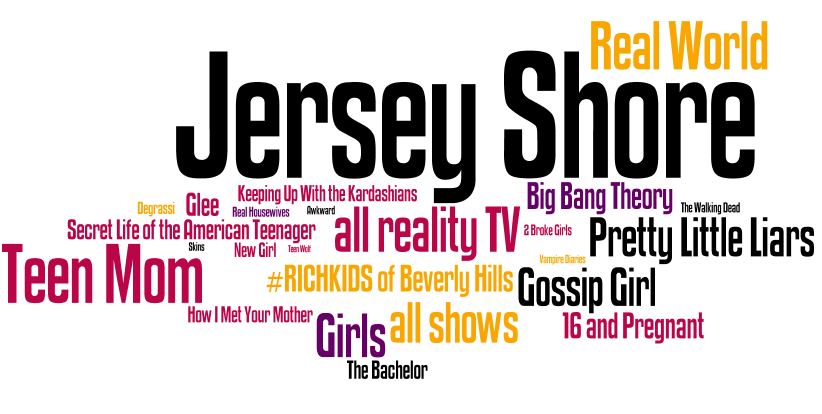 Jersey Shore received the most call outs, with 25% of 14-32-year-olds surveyed saying that it was the show that misrepresented people their age the most, and one respondent elaborating, “We’re not all idiots as these shows would indicate.” Another told us, “It makes it seem like 20-somethings are completely shallow & only care about partying & hooking up.” Reality shows in general were called out for misrepresenting Millennials, and 73% of the shows named as misrepresenting their generation were reality shows. Being “staged” and “fake,” and representing “only a small group” of people their age were all reasons cited, proof that the genre title “reality” is not taken literally by the Millennial audience.

And what about that 33% that feel there is a show that represents their generation? We asked them to tell us what show got it right:

For this group, Girls swam to the top, with 20% naming it as the show that they feel accurately portrays their lives and the issues that affect them. One female respondent told us, “The first few episodes were pretty much my life and some of my friends in a nutshell.” While another said, “It’s the only show I can think of that represents people in my generation as struggling with few career options and low incomes despite being well-educated and intelligent, and doesn’t depict unrealistic expensive lifestyles.” However, we should note that the HBO show is polarizing even within the generation: 8% overall named it as the show that most misrepresents Millennials. And even those who named it as best representing the lives of people their age did not always see it in a positive light. As one commented, “This is the worst of my generation: whiney, entitled, and clueless.”

New Girl followed Girls closely; with 15% of those who feel a show represents their generation naming it as the show that does the best job. One male respondent explained, “We all have no idea what we’re doing but are still living life to the fullest we can.” Other Millennials who named the show referenced the “relatable“ situations, similar “struggles/issues,” and characters that “aren’t rich, but make do.” The concept of a group of people who don’t have their lives figured out yet and are struggling with careers, money, and relationships were common threads among the shows they felt accurately captured people their age. For a generation who sometimes feel they don’t know what they are doing in life, nothing resonates quite like watching other people struggle through the same things. In the words of one respondent, “It assures me that being awkward in your 30s is a-ok.” 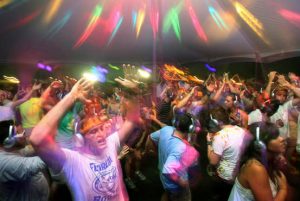 Things You Should Kno...