Boycott or Not: Millennials Sound Off on Sochi Olympics 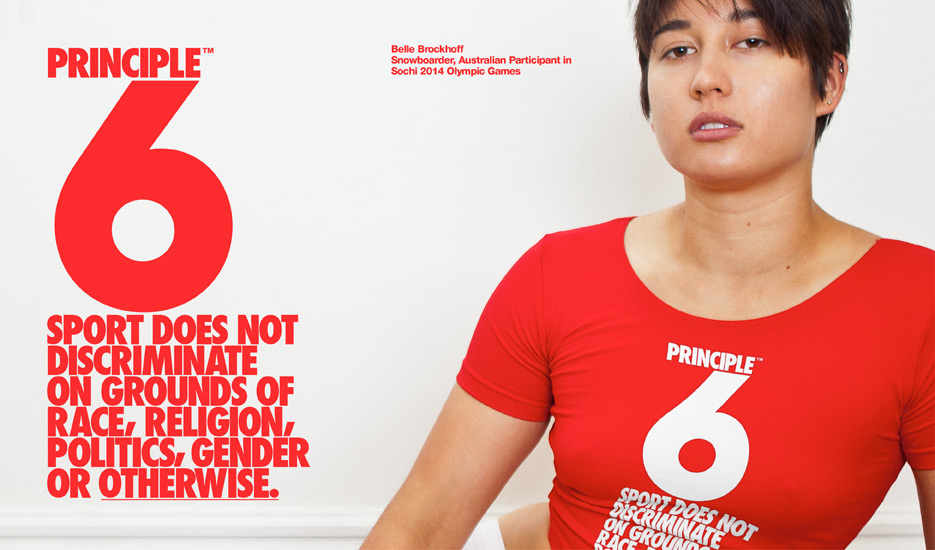 A maelstrom of controversy rose in June 2013 when Russia instated fines against “homosexual propaganda” concerning those under 18-years-old. The loosely worded law prohibited gay rights activities of almost any kind, including peaceful protests and public gatherings. Initial gut reactions called for a boycott of the Games for some, and activism has taken new forms with protests against Olympic sponsors like Coca-Cola and Proctor & Gamble, and merchandise from American Apparel citing the non-discriminatory Olympic charter. Yet a bird’s-eye view of the Millennial mindset reveals an array of nuanced opinions.

We asked 1,000 American Millennials if they thought that the U.S. should boycott the 2014 Winter Olympics in Russia on the grounds of anti-LGBT laws, and only 34% agreed, while 66% disagreed with an Olympic boycott. When we delved further, asking why they supported or opposed a boycott, we found that many Millennials felt torn about the issue, but in the end had a range of reasoning for their beliefs.

A large majority of Millennials felt that depriving athletes of their opportunity to compete after years of training would be unfair:

“The people training and planning to go to this Winter Olympics have been training their entire lives, and if the U.S. were to boycott the Winter Olympics, these athletes would have to wait 4 more years, which could make a huge difference in their career, potentially not allowing them to compete in 2018.” —Female, 15, TX

“People have been working hard for 4+ years trying to achieve their Olympic dreams, and some of them will be too old to compete in the next Olympics, so it’s completely unfair to make everyone on the US team sit out for any issue.” —Female, 20, MD

“There will be another time to make pro-LGBT statements, but it’s cruel to deprive athletes of their once-in-a-lifetime opportunity to reach the pinnacle of their sport, their passion in life.” —Male, 23, IL

Some believe that the Olympics are a stage first and foremost for athletic achievement, and that politics and sports should not mix:

“The Olympics should be apolitical.” —Male, 27, TX

“Each country has their own opinions. Boycotting the Olympics because Russia’s opinions don’t align with your personal ones is obnoxious. People are treated differently, unfortunately.” —Female, 26, MO

“Two reasons. First, the Olympics is supposed to be about bringing the world together. Boycotting the Olympics sends the message that we won’t work with Russia, when in fact we should be working with them to advance equal rights. Second, it’s a political mistake given our current priorities. We need Russia for nuclear disarmament treaties, dealing with Iran and Syria, etc. Unless we’re prepared to give precedence to LGBT rights in Russia over those other issues it would be a mistake to boycott.” —Male, 25, CA

Others felt that boycotting would not be an effective way of the U.S. showing disapproval of Russia’s laws, given the outcome of previous years:

“Look what happened when we boycotted the Moscow games in 1980.  We looked stupid. The U.S. needs to prove that we are not being surpassed in global standing.” —Male, 16, CA

“Athletes can prove they are better people than policies, like Jesse Owens during the 1936 Berlin Olympics.” —Female, 26, SD

“Jesse Owens winning in Berlin made a bigger impact than him boycotting against Nazi white supremacy.” —Male, 24, VA

Finally, some who opposed a boycott believe that it would be a hypocritical move, considering the U.S.’s own track record with LGBT rights:

“Less than 20% of the U.S. recognizes gay marriage, so it would be very hypocritical to boycott on those grounds. It would be difficult to hold the Olympics anywhere right now regarding LGBT matters.” —Female, 27, MA

“If the decision were up to me, on ethical grounds, I would absolutely say yes, boycott in order to try to send a strong message to Russia about our country’s commitment to LGBT equality. However, I think that the US really does not have much ground to criticize others’ laws concerning LGBT rights, as we only just struck down DOMA and still do not have nationwide marriage equality. As a lesbian, I would love to say yes, boycott away, but I cannot in good conscience recommend an avenue of action that will hurt American athletes, provide a springboard for conservative backlash against the queer community, and present the US as a supposed moral compass for LGBT rights.” —Female, 20, VA

President Obama spoke in opposition of boycotting the Sochi Games, in favor of letting the United States lead by example. He said, “One thing I’m really looking forward to is maybe some gay and lesbian athletes bringing home the gold or silver or bronze, which I think would go a long way in rejecting the kind of attitudes we’re seeing there.” While the President believes that competing would be a win for the LGBT community, the 34% of Millennials who believe that the U.S. should boycott have valid concerns about attending the Olympics this year.

Some felt that attending is too dangerous of a risk for both athletes and bystanders given the current situation in Russia:

“I support a boycott for the safety of all the athletes, gay or straight. Any discriminatory law prevents the games from being performed in a welcoming and open environment.” —Female, 20, CA

“People are getting persecuted, kidnapped, tortured, and beaten for saying they support gay rights, and the whole law is nothing but a way for the government to suppress people from speaking out.” —Male, 24, MD

“It’s potentially dangerous for competitors and spectators if they go.” —Female, 18, MN

“As a gay man, I think this is terrible. I think it is disgusting to think that our gay athletes should be expected to even visit that country in light of recent events.” —Male, 25, PA

Others stood steadfast in support of the LGBT community:

“Even though many, many hosting Olympic countries have sordid political activities and laws (s’up China), and even though I know it’s unrealistic to expect companies and countries to boycott (which makes my stance somewhat hypocritical), I will personally not be watching the 2014 Olympics because I believe in the fundamental rights for LGBT (AQIU etc.) people to exist without persecution. And I’m super sad about it because I love the Olympics.” —Female, 24, NJ

“The LGBT community is only different because of their sexual preferences. If any other group were being barred from The 2014 Winter Olympics, African Americans for example, there would be no end to the hell raised.” —Female, 29, MI

Some Millennials cited the bigger picture of worldwide human rights as a reason to boycott:

“I think when it comes to sports, it doesn’t really matter if anyone is part of the LGBT community. Everyone is there to compete so their orientation should not have anything to do with it.” —Female, 18, FL

“I do not support gay marriage, but Russia is intruding on human rights by not even allowing peaceful demonstrations to occur.” —Male, 23, VA

“The Olympics is an event meant to highlight international peaceful cooperation and the U.S. should make it clear that such laws are against international human rights.” —Male, 25, NJ

A final few saw the Sochi Olympics as an impetus for action and expressed desire for the United States to make its position known:

“They are being unfair and discriminatory. We can’t sit passively by.” —Female, 25, VA

“I think it would make a huge statement for civil rights.  I do have reservations about simply not attending (any gay athletes who have been training would be robbed of their opportunity to compete), but I think as a world leader we do need to take stand against this.” —Female, 22, MD

We will continue to follow the opinions of Millennials as the Winter Games approach, following up with their beliefs, plans to watch, and more in an infographic next week.