The Apps are Alive with the Sound of Music

Millennials are constantly on the hunt for new music artists—we found that those ages 14-21 are plugging in their speakers and headphones more than five nights out the week for music listening. The music industry has changed dramatically in the past few years, shifting from traditional means to online applications that cater to Millennials’ thirst for exposure. While services like Pandora and iTunes once had their reign, new players in the market like Spotify are quickly rising to take over the Millennial market. While curated streaming is a mainstay for music, innovative start-up apps are providing a way for Millennials to become a part of the creation process, combining aspects of what they love about social media to give them something they haven’t seen or heard before. In this case, users are not just listening, but creating and actively playing a role in music discovery. Here are five apps on our radar for the next wave in Millennial music: 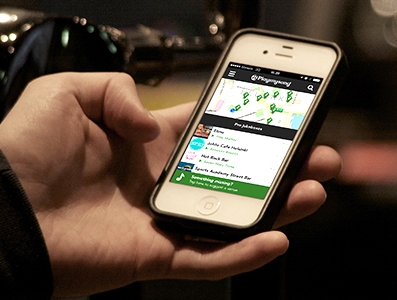 1. PlayMySong
Ypulse research shows that when going out to a bar or club, 69% of Millennials are looking for good music—it dictates the mood of their night. Music proved to be even more influential among college-aged Millennials, 82% of whom look for good music and consider it to be the most important part of nightlife. When they’re not going out, the ask of playing DJ is often assigned to the music tastemaker of the group. The app PlayMySong takes the pressure off of the chosen one by allowing everyone at the party to contribute songs to the mix. Friends can edit the group playlist at any time as it plays jukebox-style, either adding their own songs or choosing from the host’s preapproved list. PlayMySong connects through Spotify or acts as a stand-alone app, making it easy to integrate into the part experience. Millennials have increasingly eclectic tastes, and allowing everyone at a gathering to contribute to the soundtrack of the party lets them each feel like they have an active role in creating the good times. 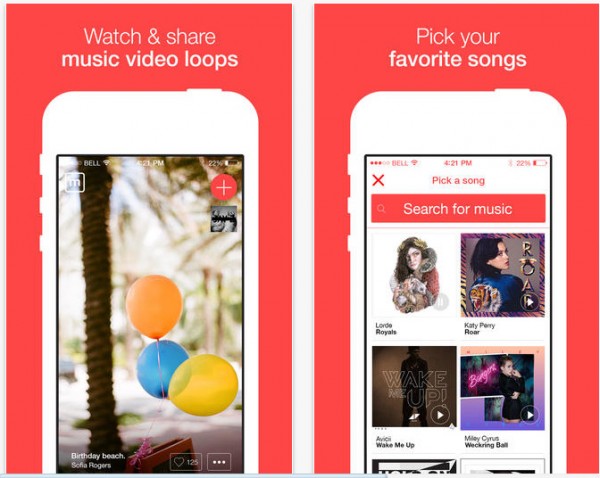 2. Mindie
Vine use has exploded among this generation, but more people on the app are browsing and sharing Vines than actually creating them. It takes a certain skill to rise to the top of Vine, so new app Mindie is making music video creation more accessible to the masses. In the app, users shoot a 7-second video and pair it with a song of their choice. They can then post it to Facebook, Twitter or Mindie itself for other users to enjoy. The app pulls inspiration from Instagram as well as Vine, considering the music to be a type of filter for the video content. While it may be complicated to shoot a popular Vine, even “if you put music on an awful video, it will make it interesting.” Mindie may just be on its way to redefining the modern-day music video, and has already gotten support from high-profile users like Ashton Kutcher and Twitter co-founder Jack Dorsey. While Millennials enjoy scrolling through feeds to view other people’s content, they also want to tell their own story and share their life’s moments through new media and Mindie makes it easy for them to create something original. 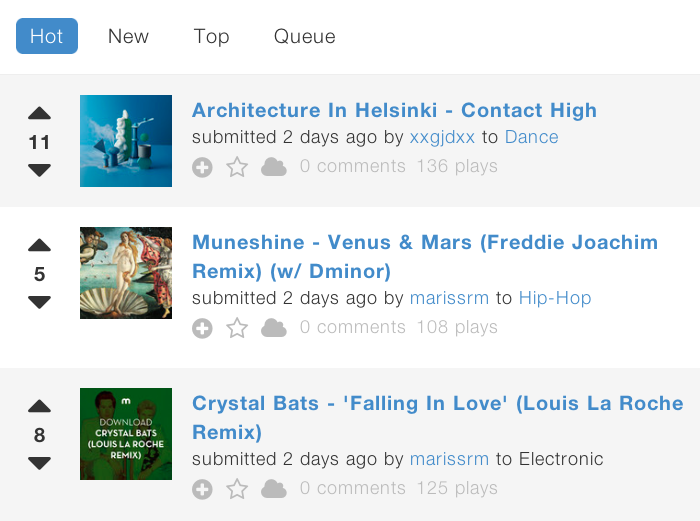 3. Upbeat
Reddit is a go-to source for members of this generation, filtering the best of the day’s content to the top through likes and using its members as a source for curating what is new and noteworthy. Using this same mindset in the music space is Upbeat, an application for music enthusiasts to find new artists in their favorite genres. Users listen to a genre of their choosing and “up vote” songs that they enjoy while down voting ones they don’t like the sound of, pushing collective favorites to the top. The beauty of the app is that anyone can submit a song through SoundCloud by uploading and tagging it with a genre, pitting unknown artists up against those that are mainstream. One of Lorde’s singles surfaced to the top of the charts “for about half a day…followed immediately by more indie acts.” Millennials pride themselves on being the tastemakers of their time, so playing into Upbeat’s discovery sessions lets them both find new and unknown music artists as well as dictate what is in and what is out. 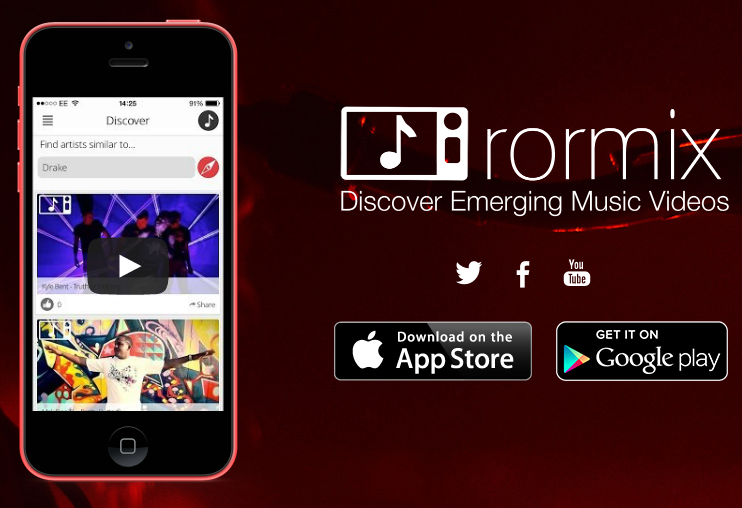 4. Rormix
While music videos were on the decline for years after MTV ditched them from the lineup, they have been experiencing a strong resurgence as a vital form of visual communication online. Where Upbeat exposes new music artists to Millennials, Rormix combines audio with the visuals to help them discover new acts through their music videos. What separates Rormix from other apps is an exclusive focus on unsigned bands and artists, providing a platform for those that don’t have any other legitimate visual space besides YouTube and Myspace. Instead of parsing through the videos blindly, users can enter an artist that they already love and Rormix will suggest those that bring a similar sound or style. Rormix is still young, founded in September 2013, but it provides a channel to unknown artists that isn’t being fulfilled elsewhere. If Rormix can grow its network into a sprawling web of underground unknowns, it could begin to attract a larger following of people looking for music off the beaten track. 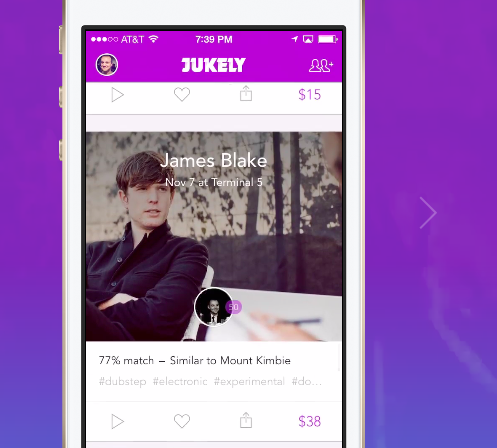 5. Jukely
Millennials like to have their finger on the pulse of the music world and put in a good amount of effort in order to stay there, tracking their favorite artists to shows and keeping notifications on for festivals, concerts, and live show announcements. But when it comes to any given day of the week, it seems harder to find a live show without planning in advance. For a generation that wants the here and now, this can be a major issue, but Jukely is aiming to alleviate the search process by providing an updated list of live acts in the area while letting Millennials share them with their friends, buy tickets, and even win free entry or VIP treatment. Jukely considers itself a matchmaking service for concerts and friends, acting as the concert promoter and party organizer. There may be a number of websites that aggregate shows, but many are on a sponsored basis and don’t include the small venues that appeal most to this generation. Millennials put great value on their real life experiences, so being a go-to source for finding what fun things are out there is what makes this service an instant favorite.