The Democratization of Design

While some younger Millennials and Plurals may be getting more of a head start on learning to code and the secret language of graphic design (at least it feels like a secret language to us), for most young consumers coding and design are still specialized fields. But that doesn’t mean they don’t want the ability to create the sites, apps and gifs they love. Being a part of the creative process is a major draw for Millennials, and though they don’t all have the Photoshop skills, the urge to design is a common one. They submit requests to friends who are able to create the gifs they wish existed, and tap into their more design savvy friends to mock up websites and logos–the barrier to being able to design themselves has in the past been a fairly large one. But that could be changing.

A slew of new tools have emerged to make design and creation an accessible and easy process—opening up animation, logo and product creation, and more to consumers who don’t know a word of code and haven’t ever touched a design program. Here are five apps and sites democratizing design for the masses:

1. Canva:
Though it’s still in beta, Canva is already building buzz as being the design platform that anyone can use, by taking “care of the boring bits so you can spend more time creating.” Visitors to the site can currently reserve a username for its future launch, when they’ll be able to login and use the site’s drag-and-drop interface to design anything from logos to sites of their own. They’ll have the choice between hundreds of fonts and a million images to create designs, and also be able to share their work with friends and coworkers, all through the site.

2. Loop:
Gifs might be part of the new visual communication, but in the past, creating original gif artwork was left to the professionals. Loop is opening the doors to make anyone an animator. It’s a $1 iPad app that easily turns frame-by-frame sketches into instant hand-drawn looped animations. Can’t draw? That’s ok—the app let’s you trace around photographs, screenshots and clip art to help even the most amateur aspiring artist look good. Once you’ve created a masterpiece, you can share instantly on Tumblr, email, or on Loops’ own gallery. 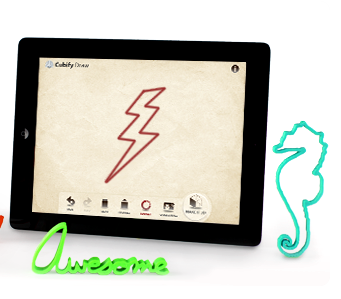 3. Cubify Draw:
If seeing your sketched creations come to life on screen isn’t enough, you can have them made into real life objects with Cubify, the “instant 3D drawing tool.” Also an iPad app, Cubify lets users use their finger to draw any shape on the screen, and with a touch of a button turns that line sketch into a cookie-cutter like 3D model. Cubify Draw can then send the file to a 3D printer to be instantly made into an actual product. Though the 3D printing function is not a part of the app, Cubify eliminates one of the barriers to using 3D printers like Makerbot—though many people would love to create things out of thin air, they might not have the skills to make their ideas into printable files. 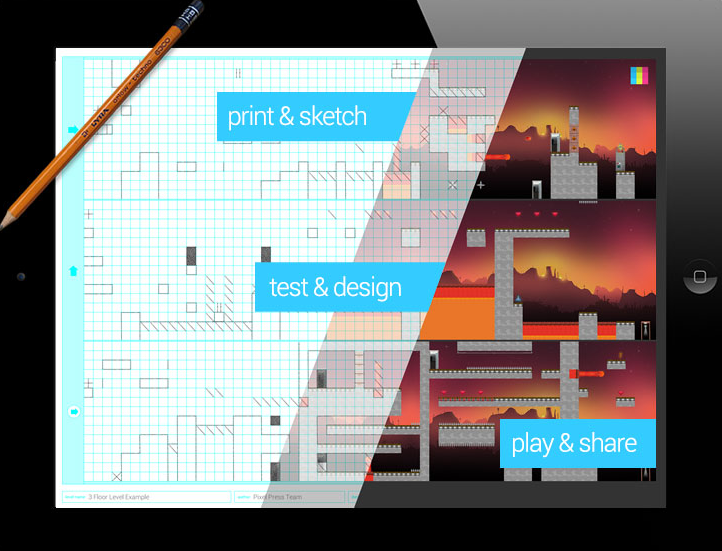 A drawing on paper that magically turns into a computer game sounds like just that—magic—but Pixel Press has brought this idea into reality with an app-capable grid that computes drawing into code. The project was funded on Kickstarter for over $100K and is being called “a potential gateway drug to game design” since the process to create game levels can be done by anyone with a pencil in hand. It’s as simple as draw, upload, test, and play, letting users custom design their games with colors and sound, and share with others. Pixel Press provides instructions for the learning curve, but lets anyone tap into the game design world to imagine and experiment—no coding knowledge needed. 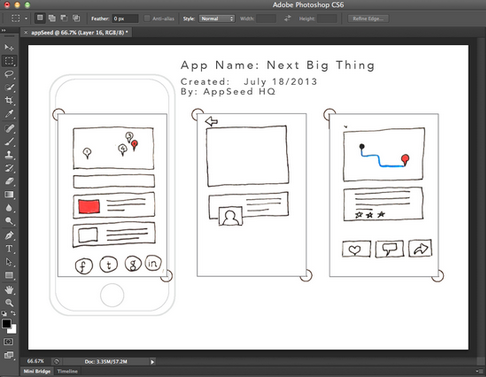 It’s often said that anyone can make an app these days, but that is far from the truth. AppSeed understands the frustrations of actually piloting an app and has designed a way to turn sketches into functioning prototypes. “Computer vision” is the technology behind AppSeed, allowing sketches to transfer and be understood by mobile devices. Drawn elements like simple boxes can be turned into maps, text input boxes, and links, allowing the elements to be manipulated digitally. Also funded through Kickstarter, AppSeed allows users transform ideas from a meeting to a real life app instantly.