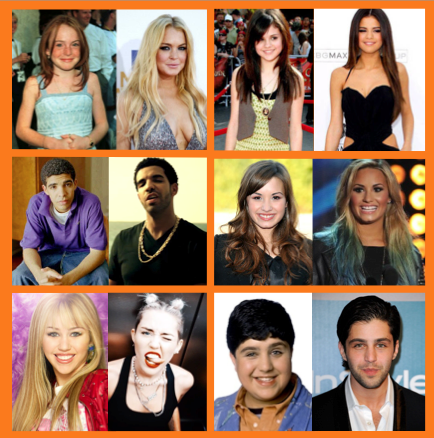 By now we’ve all seen and heard about Miley Cyrus’ provocative, twerk-tastic performance at the MTV VMAs on Sunday night, and most of the reviews both scathing and in support of the young songstress are coming from sources curated and written by industry insiders who are, needless to say, established adults. Miley’s biggest attempt yet to break from her child star persona might matter to them, but what do the fans who actually watched and remember her as Hannah Montana, and fund her success now, actually think? To understand what Millennials feel about child stars with new images, we took to Thumb to get instant opinions from the generation, asking, “Did you like child stars better when they were kids? Why have some fared better than others?” Here’s what we found:

There were no blurred lines here. The opinions split along gender lines, with 60% of females ages 13-24 preferring child stars when they were fresh-faced, innocent kids. Males felt the opposite with 68% of 13-24-year-olds preferring child stars as they are now. Though interestingly, the older half of male Millennial respondents, ages 18-24, were in agreement that Miley is an exception, since she is “completely insane now, like Lindsay Lohan.” This gender split isn’t so surprising on the boys side of things, considering the age range being asked and the fact that child stars growing up most often means getting sexier, more scantily clad, and scandalous—all appealing to the adolescent male set. But female fans preferring the stars better when they were kids speaks to their desire for celebs to be a little more cleaned and classed up—a theme that continued in our conversations with them.

So what is it that makes some grown up child stars more palatable to female fans? Self-awareness and staying above scandal seem to be the keys. Older female Millennials recognized the ability for some stars like Demi Lovato to self-evaluate, telling us, “She was in a bad place, stopped before she got worse, and took the time to fix herself.” This group harped on the negative aspects of female child stars like Miley, Lindsay, and the recently hospitalized Amanda Bynes because of their scandalous behavior, yet revered Selena Gomez who “has a classic look and is growing up gracefully.” Mind you, Selena starred in this summer’s raunchy art film Spring Breakers and dropped the single “Come & Get It” from her debut studio album, so definitions of “classic” and “graceful” here might not be cross-generational.

The Crime of Trying Too Hard

Miley’s real crime in Millennials’ eyes might not have been that she was bucking her childhood persona, but that she was trying too hard while she did it. A twenty-something female from our Youth Advisory Board commented that Selena Gomez is “able to be appropriately flirtatious” and Demi Lovato is “genuinely likeable and doesn’t have to try so hard to prove herself,” unlike Miley. Growing up and moving away from a childhood image isn’t looked down on if it is done authentically. For Millennials, Miley’s efforts to top herself and make sure everyone sees how scandalous she is now come off as disingenuous—she’s going over-the-top for the cameras, not for herself.

They See Through The Shock Tactics

Did Miley have to step out so drastically to distinguish herself from Hannah Montana? Maybe. The difference between Miley and her fellow child stars is that in this moment, she wants to be noticed and make people talk, not just praised for her talent. Her attitude about fame is illustrated by the first tweet she sent out post-VMAs, bragging about the 306,000 tweets per minute record she broke on the site. Millennials are more acutely aware of marketing tactics than ever before, and they understand, just like critics and industry insiders, that her performance was a marketing ploy in order to garner more exposure. As one Millennial explained, Miley “accomplished exactly what she wanted to because everyone is talking about her whether it’s bad or not,” playing heavily into the shock-and-awe reputation that the Video Music Awards is known for in order to become the conversation.