Recent Lessons In Marketing to Millennials 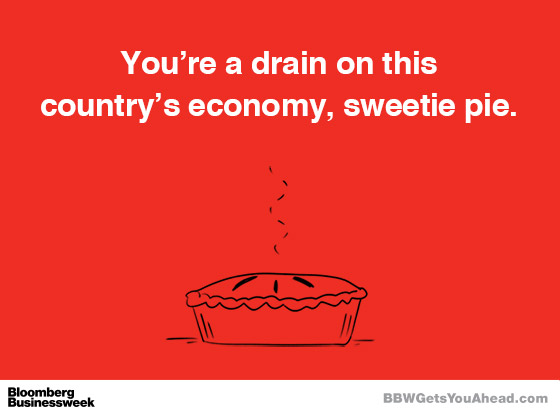 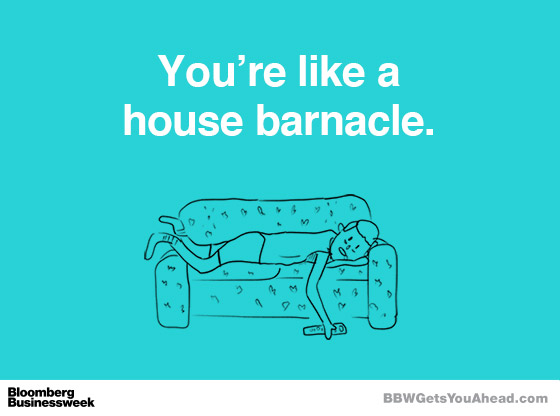 1. Bloomberg Businessweek “Gets You Ahead”

Businessweek pokes fun at Millennials living with their parents.

Recently Bloomberg Businessweek embarked on a campaign to get younger subscribers by targeting the almost 23 million 18-34-year-olds living at home with their parents, and encouraging those parents to tell them to get the hell out. Siblings, significant others, friends and other relatives are also invited to participate in the campaign to shame childhood home-dwelling Gen Ys. One of the “colorful” ecards available to send contains the message, “You’re a drain on this economy, sweetie pie.” Another tells the young recipient, “We’re not ashamed of you, but we’re getting there.” The problem with the campaign is twofold. First, it plays on a stereotype of Millennials as lazy and free-riding without considering the reality that they are struggling to find jobs and might just be working hard to try to work towards standing on their own two feet. We often tell brands that they need to understand how Millennials see themselves in order to speak to them authentically. They do not see themselves as “house barnacles” when they are sending out resumes by the hundred, and impending student loan payments are keeping them up at night. The second misstep here is the assumption that Millennials’ parents resent their presence. As our own Jake Katz told Adweek, “Where they missed the mark is pitching it as, you guys are annoying mom and dad by being at home. That’s not the case. Mom and dad are not pushing them out of the nest.”

Lesson learned: We’re surprised it has to be said, but kicking a massive consumer group when they’re down isn’t really the way to endear them to your brand, the failure to understand the realities of the Millennial kid/Boomer parent relationship makes the campaign even more dissonant. 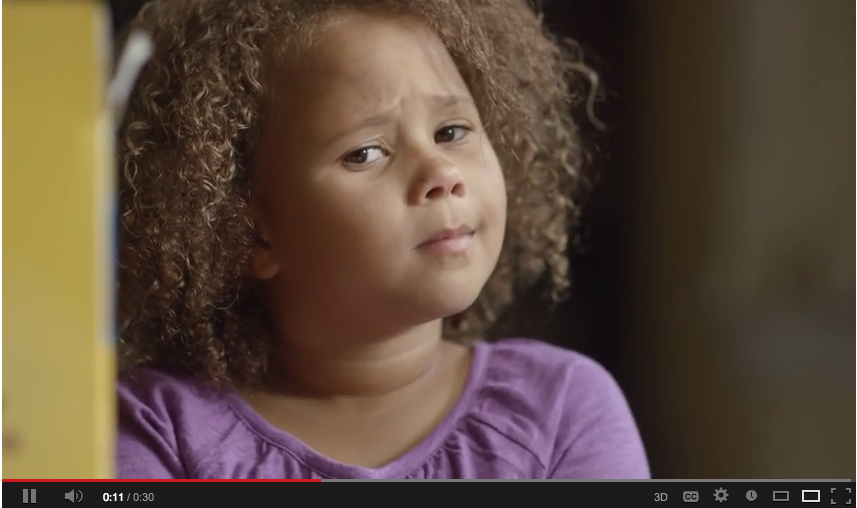 The use of an interracial family riles some, but Cheerios doesn’t back down.

Late last month, a simple Cheerios spot began sparking outrage and controversy online, simply by featuring a mixed-race family. Racist attacks on the ad began to mount online, and in turn a wave outrage about the racist comments swept Millennial frequented sites. The overwhelming Millennial reaction seemed to be: “Isn’t this 2013?” Cheerios closed the YouTube commenting on the ad to prevent hateful critics from hijacking the campaign, but stuck by their decision to use a multiracial family in the ad, releasing a statement saying, “At Cheerios, we know there are many kinds of families, and we celebrate them all.” Multiracial and minority populations are the fastest growing groups in the U.S., and Millennials are the most diverse generation to date (with post-Millennials surpassing them). The ad spiked Cheerios’ online branding 77%, and the brand has won kudos with many young consumers for making the decision to cast diversely and sticking with it.

Lesson learned: Not only do Millennials appreciate representations of themselves and their diverse realities in the media, but they reward and remember brands that stick to their values even when being criticized (if those values align with their own worldview). 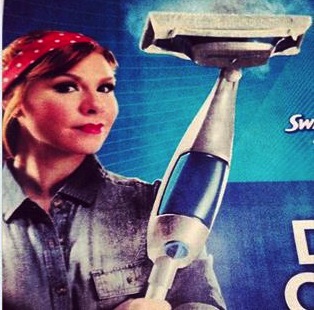 3. Swiffer Bissel Steam Boost “We Can Do It!”

In what was perhaps an attempt to use nostalgia to market its new Swiffer Bissel Steam Boost mop, Swiffer released an ad with an unmistakably Rosie the Riveter inspired woman holding the product. The internet was not pleased.  The ad doesn’t only miss the mark because of its borderline insulting insinuations, but also doesn’t align in the least with Millennial and Xer women’s realities. Women are the leading breadwinners in 40% of American households, and Millennial women have been outnumbering men in college and grad school for years. It is no surprise that the “We Can Do It!” message doesn’t match up with mopping floors in their experience.  Though it might still be true that women make the majority of household decisions, for Millennials it is increasingly a gender-neutral world when it comes to who is cleaning house. Following the intense criticism, Swiffer apologized profusely and say they are pulling the ad.

Lesson learned: It isn’t just Millennial women who have are living in a world where shifting gender roles makes an image of them as a proud mop-bearers potentially insulting. But when trying to capture a generation that has been weaned on girl power messages and is very much accustomed to being a part of the workforce, it is even more essential for brands not to fall back on stereotypical gender representations.