The End of Scandal As We Know It? 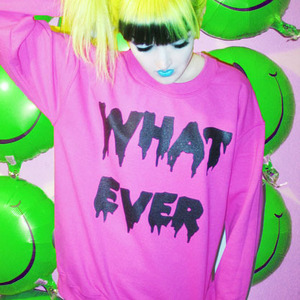 “You’ll regret that when you’re older.” The warning has often been cast at Millennials to caution them of the long-term dangers of piercings, tattoos, drugs, posting evidence of drunken nights on Facebook, and more. But as the years pass by, most Millennials aren’t being thrown into paranoid fits of regret for past actions. For the majority of the generation, years of (over) sharing online has not led them down the road to scandal. Instead, as Gen Y ages into the influence majority, we are already beginning to see a shift in what qualifies as scandalous in the public eye, and signs of the potential end to scandal as we have known it.

Having been raised during the decades where one of the best kinds of stories are comeback stories, Millennials are naturally more forgiving of gaffes and momentary lapses of judgment, reacting to what once might have been career-ending actions with an open mind, and occasionally embracing figures who build their fame on traditionally scandalous actions (see: Kim Kardashian and her sex tape-fueled rise to fame). A recent (and more PG-13) example of this shift is the tale of Bismark, North Dakota rookie news anchor A.J. Clemente. During his first time on the air for KFYR-TV, the young reporter immediately dropped the f-word on-air, not knowing that his mic was on. Footage of his blunder went viral, and while the scandalized station decided to fire Clemente, the online world reacted quite differently. Blogs (many of them helmed by Gen Ys) and other journalists rushed to Clemente’s defense, and pushed the network not to fire him. His Twitter following ballooned to 13,000 in a matter of days, and he embarked on a media tour after being let go; spinning his “scandal” into a nice 15-minutes of fame.

Already, larger “youthful indiscretions” that were once considered unacceptable for a public figure to fess up to are becoming normalized. When Millennials were growing up, they listened to Clinton swear, “I didn’t inhale and I didn’t try it again.” Today, Obama (the Millennial presidential pick) has written extensively and openly about his marijuana use in his book Dreams of My Father and joked openly about smoking pot at the highly publicized White House Correspondents dinner this year. Public figures make speedy recoveries from current bad behavior in the eyes of Gen Y as well. America’s sweetheart actress Reese Witherspoon was recently arrested for disorderly conduct, and a week later received kudos online for wearing the arresting police department’s hat in public. Scandals don’t have the stickiness that they used to in a world where a large portion of the public welcome aired closet skeletons and prefer their stars a little bit imperfect.

Of course, Millennials’ own checkered pasts are somewhat protected by their ability to cannily manipulate information and censor their own online personas. As the internet has come of age, and Millennials have aged right along with it, they have learned the tricks of being able to keep a clean slate online if they want to. Applying for a new job? Purge Facebook of any tagged pictures that might not line up with your resume self. Want to keep those GChat comments private? Set your privacy settings to “Off the Record.” And technology that allows them to make communications impermanent, like Snapchat and Burn Note, have steadily grown in popularity with the generation.

Still, even as they cover their own digital tracks, Millennials generally share the attitude that those who may not be as savvy shouldn’t be punished. In 2010, 28-year-old Millennial Democratic politician Krystal Marie Ball ran for Congress in Virginia. During her campaign, her opponents leaked pictures of Ball at a Christmas party with friends six years earlier, dressed in a sexy Santa outfit and joking around suggestively. The images were declared scandalous and Ball didn’t win her seat. But on internet commenting forums, the general reaction among her peers was a collective digital shoulder shrug. Many had far worse records of partying online. Why should they judge someone else for something they might have done themselves, and that in their eyes looked fairly innocent? One Gawker commenter asked, “Where do we send our campaign donations?” Ball’s reaction to the photos was equally Millennial: she acknowledged the pictures and denounced the sexual double standards at play in their reveal. Since then she has built her political career on the power of transparency.

None of this is to say that scandals are going the way of the dinosaurs. New issues will rise up to take the place of traditionally taboo public behaviors and the next wave of scandals will be made up of those things that Millennials find socially unpalatable, like corporate discrimination and cover-ups. But in the meantime, the tide on the traditional scandal issues is turning and we can expect that as Millennials age up, the reaction to scandals from leaked photos to drunken arrests will increasingly be a resounding, “Whatever.”