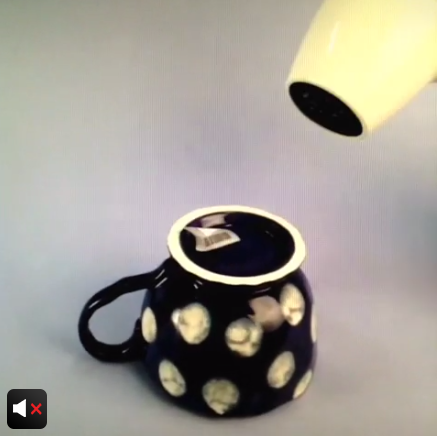 Since its release in January of this year, Twitter’s Vine network has attracted a lot of  attention. The iOS smartphone app allows users to post 6 seconds of looped video footage, along with comments and hashtags, to a shared social stream.  Following Vine’s release, some pornographic vines circulated the network; and in one case a human error led to one of these posts landing on their featured “editor’s picks” section. Twitter acted swiftly to rid the new app of these issues. Through age restriction, flagging rules, and restricted hashtags, within the span of months the network has gone from rated M content to welcoming brands and marketing efforts. Like tweets, vines are short, sweet, and to the point. For marketers, the art of Vine lies in creating a complete message in a short amount of time as creatively as possible. The ability for brands to produce shorty snip-its of video and audio opens the possibilities for a more creative and captivating level of interaction with followers than text allows. Here are a couple of ways brands have been playing with marketing on Vine:

Lowes is becoming active on Vine by creating #lowesfixinsix, a series of vines that show simple solutions for annoying household problems. The seemingly low-budget shorts do not promote any of their products, but instead provide simple tips and life hacks, like how to use a rubber band to remove a stripped screw, remove annoying product stickers with a hairdryer, and remove rust stains from knives with lemon juice. Through their creative stop motion vines, Lowes shows how creating concise content that social media users find value in can be just as, if not more, effective as simply promoting products. 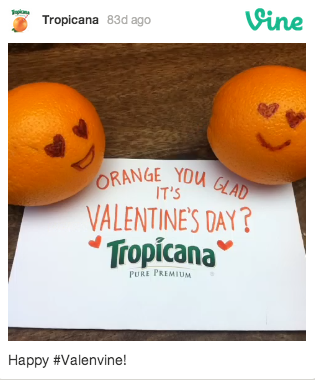 Vine allows users to promote themselves in creative ways, essentially sending out an easily accessed 6 second commercial…for free. Gap has used Vine to promote their new line of SeaVees shoes through a stop motion video of dancing footwear. Tropicana made a romance themed vine for Valentine’s Day featuring lemons and oranges falling in love, along with the message “Orange you glad it’s Valentines Day?” As long as branded Vine content is creative and aesthetically captivating, it has the potential to be shared further both within the network and off—as vines can now be embedded on other sites. 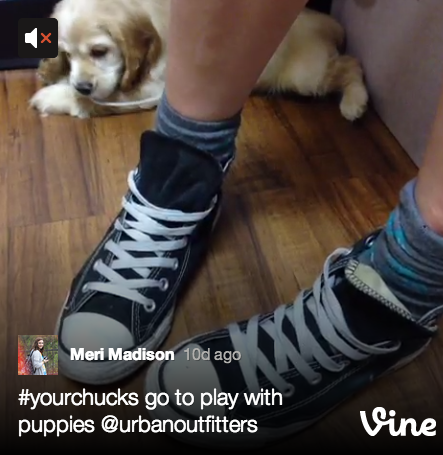 Social media allows a space where brands and their customers can interact and co-create on an almost personal level. Urban Outfitters and Converse are providing opportunities for their followers to participate in the creative process with #yourchucks, a Vine campaign where followers were encouraged to make imaginative vines featuring their own Converse Chucks for a chance to win a cross country trip, UO gift cards, and pairs of Chucks. The contest resulted in a series of vines showing the shoes in almost every environment imaginable (including one adorable interaction with a puppy). Brands who provide Millennials with opportunity to showcase their own creativity are scoring on the network.