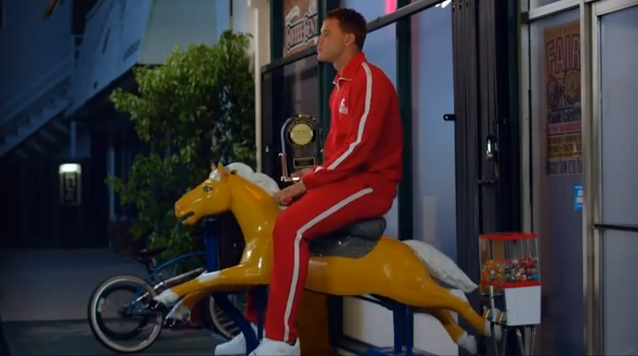 Growing up, Xers (and older Millennials) had a transcendent sports icon to look up to: the great and powerful Michael Jordan. Jordan gave rise to the idea of the icon athlete as an endorser, and even recently was called “the endorsement king of all ages” by Forbes. Almost all of his endorsements celebrated his prowess as an athlete. At the height of his stardom, kids across America were inundated with the call to “be like Mike” thanks to his Gatorade commercials. He was someone to aspire to become, but always maintained a safe distance from his fans and teammates—an untouchable hero. ESPN has called him “the archetype of the hero athlete and the living embodiment of success.” Jordan took himself seriously, was not humble, and didn’t mind coming off as arrogant and self-aggrandizing. In his Hall of Fame induction speech, he infamously ran through a list of all the individuals who had not believed in him or held him back in some way by name to emphasize how much he had succeeded despite them.

But a serious shift has occurred since the age of Jordan and the athlete hero-on-a-pedestal. Millennials aren’t looking for hero athletes, but athletes who can joke, banter, and create irreverent material— even at their own expense. Sports stars today who commit the Serious Faux Pas risk having their fan bases turn on them. That lesson was exemplified in the aftermath of the publicity circus surrounding LeBron James’ decision to join the Miami Heat. After he and his marketing team created a television special to announce “The Decision,” fans vilified him, and it has taken years to rebuild his goodwill. Earlier this year, James made news when he tweeted “I’m not MJ, I’m LJ,” perhaps the perfect death knell for the self-serious self-important superstar athlete.

Twitter has been a huge force in the shift from the god-like sports star to irreverent athlete personality. The social network made athletes accessible in a previously unheard of way, and has become an influential piece of sports culture, for better or for worse. It has personalized athletes who might have been much more private in the past, and connected them with fans on a personal level as well. Following NBA center Jason Collins’ coming out as gay in Sports Illustrated yesterday, fans and teammates took to Twitter to send their support directly to Collins. Athletes like JaVale McGee gain huge followings on the network (McGee currently has over 100K) as much for their irreverent musings as their performance on the court or field.

Successful athlete endorsements today, and those that resonate with Gen Y consumers, are those like LA Clippers player Blake Griffin’s Kia Optima spots. In the commercial series, Griffin travels back in time in his Kia to give messages to himself as a kid. While doing so, he only acknowledges his talents with a completely tongue-in-cheek absurdist attitude, and makes fun of his own free-throwing abilities and another player’s reputation for wearing jean shorts. The NBA player he teases in the spot, Josh Harrellson, earned the nickname “Jorts” for wearing jean shorts in college and has embraced the moniker; another example of Millennial athletes using self-depreciation positively. For this generation of sports stars, garnering fans is partially about being self-effacing, endearing themselves by not taking themselves seriously. These kinds of attitudes and commercials could be known as the anti-Jordan approach. Hero-worship is nearly gone, and in its place is a respect for athletes that can enjoy an inside-joke, and winkingly acknowledge both their weaknesses and strengths without ever trying to climb on a pedestal. 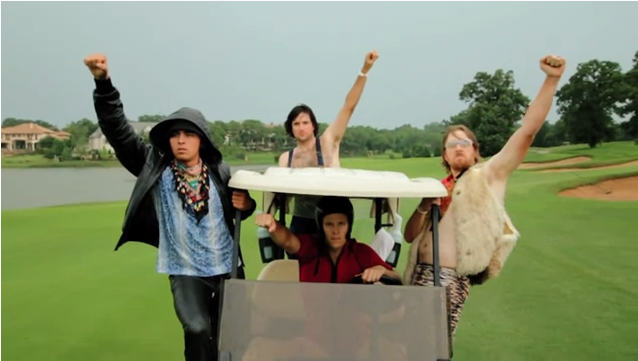 Though we’ve used basketball as a case study of The Serious Faux Pas affect on sports, the phenomenon has absolutely affected other sports as well. Even in unexpected arenas, fan taste in favorite players has begun to shift thanks to The Serious Faux Pas. Tiger Woods (who happens to be friends with Jordan and is a fellow Nike brand rockstar) was once considered one of the most aspirational celebrities. He has a reputation for being arrogant, wearing red to intimidate other players, having a bodyguard-like caddy, and (outside of his affair scandal) is extremely controlled and careful with his public behavior off the course. His self-serious attitude has earned him plenty of criticism. Now, rising Millennial golf star Bubba Watson has gained Millennial fans who never would have watched the sport for his YouTube video “Golf Boys,” in which he and other young PGA players rap about golf while doing choreographed dances, and he jumps around barefoot on a golf course in overalls and no shirt. More recently Watson released a video of his new hovercraft golf-cart. Clearly he is not afraid to bend the rules and not take the usually stuffy sport too seriously. The new generation of athletes and fans don’t aspire to be untouchable.