Athletes On Steroids: Why They Failed Millennials 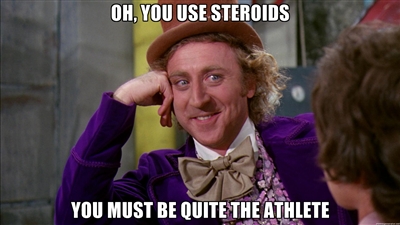 
In January 2013, the effects of the steroid era were felt as the Baseball Writer’s Association of America voted no eligible nominees into the MLB Hall of Fame. Although many of the writers are not Millennials, they share a similar view on the issue. Millennials are a tough customer and authenticity is critical to create brand loyalty with this generation.  So when an organization composed of MLB players failed miserably at being genuine despite “producing” impressive stats, there was bound to be backlash among Millennials.  Here’s why:

They Cheated
This is the simplest reason there is and Millennials want no part of an organization that succeeds through means of exploitation. There were rules (and federal laws) that they chose to disregard. These “juiced up” athletes boosted their performance to historic levels and were regarded highly among sports fans and the general public alike. However in the mid to late 2000’s, allegations against big name athletes started to arise.  While Millennials may be known to game the system, they do so by staying within guidelines and parameters. They are not about breaking rules, but using these rules to their advantage in ways that are fair. They find ways to work around obstacles by being innovative and resourceful, and success in this manner is what Millennials find commendable.

They Lied
Not only did these players cheat, some, allegedly, lied to members of a grand jury. Barry Bonds was indicted on charges of perjury and obstruction of justice in 2007 because of his testimony. The only thing that looks worse than a brand that exploits is one that tries to cover it up. Millennials are relentless in their pursuit for knowledge and the truth will surface in time. The Internet provides Millennials with an endless supply of resources and knowledge. Once they discover something, they share it; often in the form of some social media posting that can then be read and shared by others, causing a mass reverberation effect. Any worthy exposé that manages to fall into the hands of a millennial is sure to explode.

They Broke Your Heart
Perhaps the most astounding aspect of the steroid era is the impact it has on the record books. Barry Bonds is the all-time leading home run hitter. Sports fans everywhere watched as he slowly inched close to a record previously held by the great Hank Aaron. To find out that the journey was tainted was devastating to many. Then more and more athletes joined the list, and fans started losing faith in America’s pastime. These players were in their prime through the late 90’s and early 00’s, making them childhood heroes to many older Millennials. To find out celebrities they aspired to become back in the “glory days” were phonies, was devastating.

It’s one thing to cheat; it’s another to cheat your way to greatness. Millennials value hard work and innovation. They like to follow athletes and celebrities that are dedicated and achieve greatness. The key is authenticity. Success is achieved in a fair and honest way, not by compromising core values. The steroid era in the MLB will be a dark point in its history and in the lives of Millennials, who value their childhood memories. Like in any loyal relationship, openness and honesty are important factors when among Millennials. Brands should be sure they keep control over their operations and what may sneak out onto the Internet. One false step could mean striking out with a Millennial.