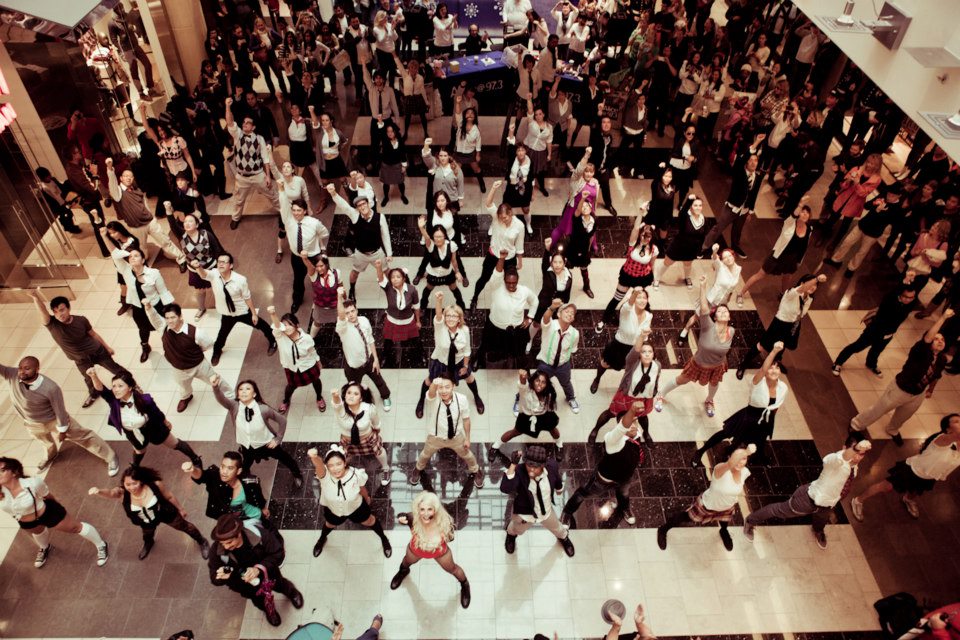 Millennials always want to be a part of something much bigger than themselves and the popularity of flash mobs is evidence to that. Social media makes it easier to orchestrate large events out of thin air and being part of a large group takes away the fear of being self-conscious to cut loose. A recent Lifeline quote stated: “Flash mobs are a big trend because it’s easier to be crazy in a large group with a small amount of anonymity.” (Female, 25, FL).

But with the popularity and mass appeal of flash mobs, a sub-culture has emerged. Flash robs are a mischievous and dangerous type of flash mob, where participants (usually teens) gather at retail stores among other places and rush inside. Once there, they proceed to grab as much as they can and leave as quickly as possible. In and out.

Over the past few years, flash robs have become more common. Store owners are worried for the safety of both their customers and their stores profits. CBS New York reported on a wave of flash robs that have targeted various newsstands and convenience stores. One shop owner has been targeted a total seven times. In recent attacks, an employee was struck with a bottle and hospitalized while another left a customer with a broken arm.

In 2011, the robberies got the attention of Washington state legislators. The Wall Street Journal reported that Senator Mike Carroll proposed a law that will classify a flash rob as organized retail theft (a felony) if nine or more individuals planned the crime using electronic messages and collectively steal $250 (previously $750) or more. Other legislators are worried that the decrease in the minimum amount stolen will cause the courts to get backed up with cases.

For now, the majority of the cases are centered on convenience stores, newsstands and the like. However, there have been more “upscale” flash robberies of high-end retailers such as Nordstrom, Armani Exchange, and The North Face. Although these events are troubling for retail owners, they show that there is a definite dark side to the ease of assembly that social media provides. As social media slowly gets integrated into the everyday lives of the masses, there are bound to be more events like these flash robberies. Millennial teens like to gather and be a part of something bigger, and it is unfortunate that the outcome of that drive can have a negative effect.

This is in contrast to the usual up-beat, optimistic Millennial, showing the evolution of teen mischief and how it has become organized, efficient, and potentially dangerous. Social media acts as an amplifier and reverberator and we’ve witnessed the negative potential it can have in situations like bullying.  Millennials live a viral lifestyle where new trends catch-on quickly which is even more of a reason retailers can only hope that flash robs are not the “next big thing” in this Millennial subculture.