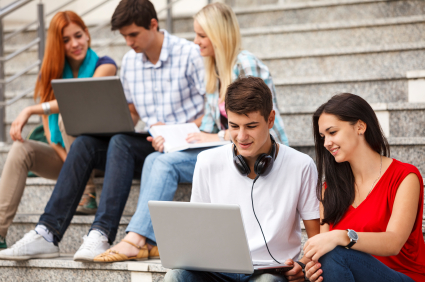 If you ever thought Millennials were lazy, think again! They’re globally connected, thanks to social media, and have more resources than ever to make a difference. It’s what “making a difference” actually means to these consumers that needs to be understood.

Digital natives are using technology as a tool to have their voices heard, and to inspire change. From creating online campaigns about causes they believe in to taking political action via social media, they’re shaping culture and proving their power as future leaders.

Gen Y grew up being praised and told that they could do anything. This confidence has its benefits in making them feel empowered and inspired to share their voice. Yes, they’re less likely to write letters or organize in-person protests, but they’re changing the system for contemporary culture. A trend we’re seeing in teens is they’re drawing on the power of their peers online to make a larger impact.

Recently, 13-year-old McKenna Pope created a petition on Change.org, expressing her frustration that Easy-Bake oven isn’t marketed to males. She was upset about the message this sends to kids if the toy comes only in pink and purple and features only females on the packaging. In highlighting the importance of this issue, McKenna inspired 40,000 others, including celebrity chefs, to sign her petition. Ultimately, Hasbro invited her to its office and unveiled plans for a black-and-silver Easy-Bake oven, which will launch later this year. But McKenna isn’t alone. She represents a growing number of teens and twentysomethings who are using the Web, and social media in particular, as a platform for good.

Last year, three teens from New Jersey created two petitions on Change.org, asking for the Commission on Presidential Debates to select a female moderator for one of the presidential debates. Their efforts, which combined to reach 122,344 and 58,149 signatures, respectively, had an enormous impact in achieving equal representation. Young people are realizing such inadequacies in society at an early age and are acting on them in the way their generation knows best: online, of course. They’re banding together for the good of the group, and know that they can have a big influence through social sharing.

Also inspiring is the campaign created by 14-year-old Julia Bluhm, who petitioned Seventeen magazine to commit to printing one unaltered photo spread in each issue. Knowing the negative impact that unrealistic body images can have on young girls, Julia stood up for the sake of her peers. She, too, created an online petition, which resulted in Seventeen signing a Body Peace Treaty and pledging to never change girls’ bodies. All of these girls are part of a larger movement where Millennials are reworking the system to quickly garner attention online for a cause they believe in. They’re taking to social sites where their peers are anyway and encouraging others to support them with a simple click.

Millennials are also tapping into the power of social sharing to spread political awareness. Fully 4 in 10 (44%) 18-to-29 year olds “like” or promote political material on social media, according a recent report from Pew. They want their network of friends to know how they feel about issues and for others to like or follow such causes, too. Millennials also want to hear their friends’ opinions, and they view social media as a space to prompt more political involvement. In fact, 34% of Millennials say they encourage others to vote on social media and one-third post links to political stories. They know how much influence they can have online, and, to them, Facebook and Twitter are perfect venues to engage others.

Taking this concept one step further, there is huge momentum to pay it forward lately, and pass on positivity. Millennials are eager to participate in this chain reaction and exhibit acts of kindness. People commit generous acts such as buying a stranger’s coffee, leaving someone a nice note, or offering to help others, which taps into their team mentality that we’re all in this together. And, of course, in the spirit of social sharing, many are documenting the kindness they do to others or receive in return. By sharing such messages or images on Twitter or Instagram, they’re encouraging others to take part in social good, too.