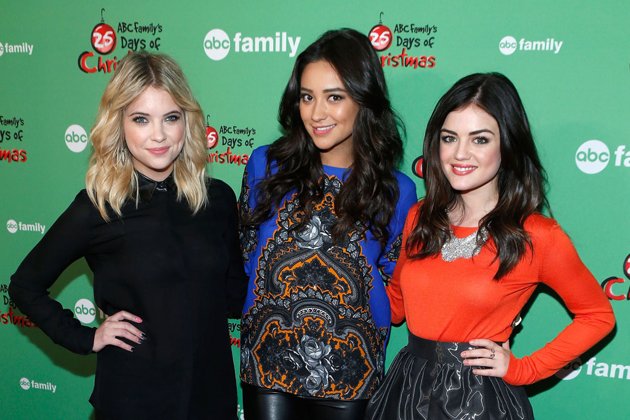 Ask most female Millennials about their favorite TV channels and ABC Family will likely top their list. According to Ypulse research, it’s the most popular network among Gen Y. Fully 63% of high school girls say they tune into the network regularly, as do 47% of college age females. These stats should come as no surprise considering that the channel has captivating yet relatable programming, and it consistently attracts teens as well as twentysomethings. ABC Family also understands the evolving needs of fans and not only how to reach young viewers, but also how to interact with them.

We attended the network’s 25 Days of Christmas Winter Wonderland event this past weekend where its success in marketing to Millennials became especially clear. We chatted with the channels’ stars about how their respective shows reach Gen Y and how their personal relationships with fans via social media is changing the traditional nature of television viewing.

Social media supports fandom, providing viewers with an extension of a show and its stars.

ABC Family’s hit show “Pretty Little Liars” is groundbreaking in terms of its social media success, with the finale for its latest season generating the most social buzz in the history of TV. Gen Y is dominating the social space, and Twitter and Facebook are a key part of how they consume content. They’re engrossed in social media to find out more about their favorite shows, stay updated on its stars, and feel part of a community of fans who rally around a show, even during the off-season. Social media is supporting the ever-evolving fandom among young viewers and ABC Family taps into this trend.

Several of the networks’ stars weighed in on the importance of social media and how it’s impacting their relationship with fans. Alexandra Chando of “The Lying Game” explains, “I think Twitter is such a great tool because you can interact with your fans and let them know what’s going on; you can kind of give them a sneak peek into your life without it being too crazy or invasive.” Getting the inside scoop or a backstage pass into celebrities’ lives is what many Millennials crave, especially as they see their favorite stars on screen and they want to form a connection with them beyond just watching their show. Lucy Hale of “Pretty Little Liars” further addresses this desire, which not only exists among fans, but also actors too. “I always feel so lucky to live in the generation where social media is at its highest and it’s only going to continue to grow. I think Twitter is such a fun tool and it also makes people feel like they know me. I never want to be the person that people are afraid to come up to; I always want to be relatable and social media enables that.” Moreso than ever before, fans seek to share their thoughts on social media and be heard, which also highlights their increasingly active role around entertainment. Moreover, social media helps create a closer interaction between stars and fans, while also strengthening viewers’ support of a show and leaving them seeking more.

Fans are growing up at a time where they can watch shows in-real time with stars, share their thoughts, and make topics, plots, or characters trend on Twitter. Katie Leclerc of “Switched at Birth” exemplifies this interaction and explains, “I often live-tweet for the East Coast feed, which I love, and usually when I do that, I’ll go home and retweet it all for the West Coast feed because I like to see what viewers say about the show. It’s really great to be able to have that connection with fans.” Many Millennial stars and networks alike are bringing fans into special experiences like this, which make viewers loyal supporters and in turn, unofficial brand ambassadors for a show.

ABC Family’s storylines are entertaining, but also relatable and representative of viewers.

ABC Family’s shows may be teen dramas, but they offer a lot more than what one often associates with this genre. “Bunheads,” a comedy-drama by Amy Sherman-Palladino about a group of ballet dancers, highlights issues all teens go through and provides viewers with entertainment they can identify with. As one of the show’s stars, Emma Dumont explains, “Bunheads” “definitely addresses touchy subjects. We talk about weight, we talk about body image, school, managing your time, and I think everyone can appreciate it.” Kaitlyn Jenkins, another “Bunheads” star adds, “The body types on our show make it very unique since you don’t get to see it on TV that much, however, that’s what’s out there. That’s what I love about ABC Family — it incorporates the real world. It’s not just about girls wearing pretty clothes and makeup; it’s gripping because it’s so realistic. We talk about things that fans would actually be talking about with their friends and I think young girls can relate to it because we represent normal figures out there.” This element of authenticity, which is apparent in ABC Family’s shows, helps form an emotional connection with fans and keeps them interested in the channel’s content. 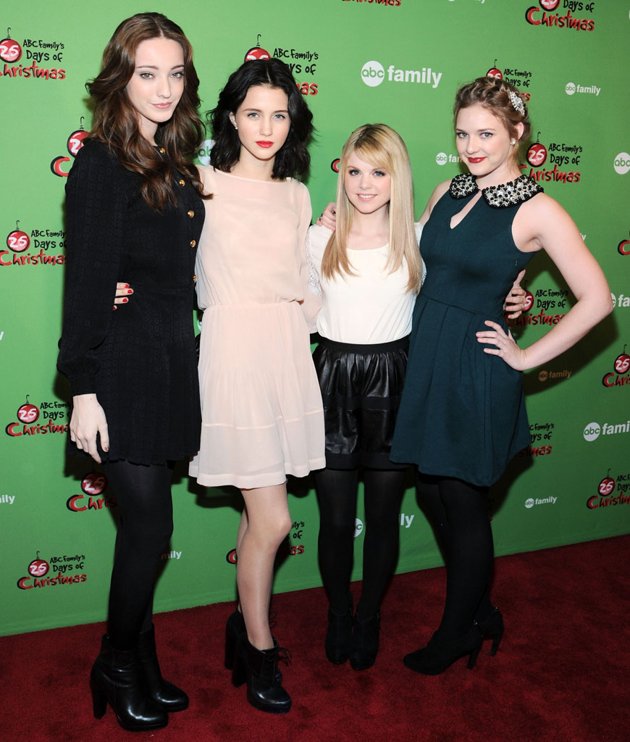 Highlighting heavy subjects is in no short supply on ABC Family. Its show “Switched at Birth,” is about teens who were accidentally switched at the hospital and grew up in very different environments, with different family structures, cultural identities, and financial means. To add to this already diverse show, one of the girls who was switched at birth is deaf, as are a handful of characters who are central to the story. Family and differences are addressed extensively in each episode, which is what makes “Switched at Birth” so original, yet relatable. One of the show’s stars, Vanessa Marano, explains that everyone can relate to the show because “we all, no matter who you are, teenager or adult, regardless of your class or race, or any situation, are trying to figure out who we are. You don’t really know your identity or you’re constantly trying to figure yourself out and the show asks what makes you who you are — is it nature or is it nurture?” Most Millennial viewers are also trying to discover themselves, which is why they connect with the show and turn to it for support.

The programming creates active audiences, where fans take positive action like they see on TV.

We’re also noticing that Millennial fans don’t just watch shows passively each week and then wait for the next episode to air; they’re taking action in response to what they’re inspired by on TV from the characters they look up to. Many appreciate how ABC Family’s programming sends a positive message to fans and helps them discover more about themselves. Emma Dumont of “Bunheads” explains, “I’m very tall, so girls will reach out to me and be like I’m 5’11’’ and I’ve been dancing, but people tell me I can’t because of my height. However, I’m going to continue because of you, which I think is so great!” The network’s shows offer support and give fans something they can identify with or be excited by. Julia Goldani Telles (also of “Bunheads”) adds, “My greatest feedback is people who say they quit ballet a long time ago, or they quit some form of dance, and the show inspires them to get back into it.” This type of response highlights how much the content matters to Millennials if they’re going to change their behaviors because of it.

But dancing isn’t the only thing young people are doing in response to ABC Family’s shows. “Switched at Birth” in particular has had a profound effect on Millennials, and viewers of all ages, who are now more informed about the deaf community and interested in taking up American Sign Language. The show is being used in ASL classes across the country and some students are even petitioning for their schools to offer it, sparked by their interest in the show. Katie Leclerc (of “Switched at Birth”) discussed the feedback from fans and how they’re acting upon it. “It’s so amazing. I love seeing what people say on Twitter like “Switched at Birth” makes me want to be an interpreter or have a relationship with my deaf cousin. I think the show has the power to make great things happen.” This is certainly proving to be the case given the overwhelmingly positive response to the show among both hearing and deaf fans alike.

Overall, it’s an important time for TV, where fans are watching content on a variety of mediums, but they seek to be more involved in viewing than ever before. Their habits are constantly changing as they incorporate the second screen, but ABC Family and other networks are adapting to these shifts, and young stars are eagerly embracing them too. ABC Family exemplifies the evolving industry and how to effectively reach Millennials beyond just programming.